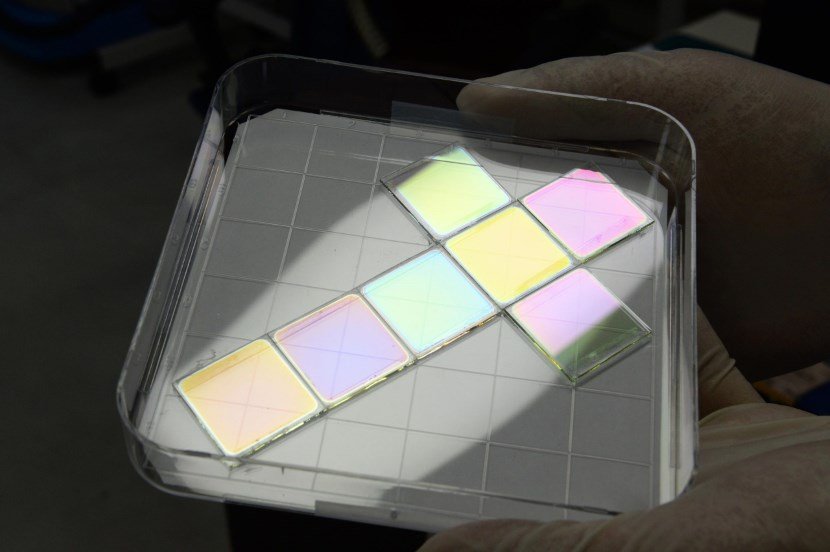 For the past several years, researchers have been searching for efficient renewable energy sources which could minimize any harmful or lethal drawbacks. Now, researchers in South Korea have successfully developed thin and flexible photovoltaic cells, or solar cells, which do not have any harmful effects on the environment.

The Electronics and Telecommunications Research Institute (ETRI) developed eco-friendly colored copper indium gallium selenide, or Cu(In,Ga)Se2 (CIGS), thin-film solar cells. They are made by coating multiple thin films on a glass, plastic, or ceramic substrate, or on a flexible substrate.

Standard solar panels are thick and heavy, so installing them on rooftops or high platforms is an arduous task, and their rigidity also limits their uses. On the other hand, the CIGS solar cells are only 3µm in thickness and their flexibility broadens their applications and capabilities as a renewable energy source.

What makes these cells eco-friendly?

Cadmium is a heavy toxic metal found in most thin-film photovoltaic cells, making it difficult to promote their use. Now, ETRI has used zinc to solve this problem because it does not have any adverse environmental effects. They have replaced the cadmium sulfide present in the buffer layer, between the transparent conducting layer and the absorption layer, with zinc-based materials.

How efficient are these eco-friendly photovoltaic cells?

How were these photovoltaic cells manufactured?

According to the scientists at ETRI:

“The solar cells showed a substantial increment in the performance after light soaking treatment. The performance increment was found to be in proportion to the TU mole concentration used in zinc layer deposition.”

How costly is the production of these photovoltaic cells?

CIGS solar cells require lesser raw material as compared to silicon-based cells, decreasing process and material costs. According to the International Renewable Energy Agency (IRENA), the general cost of solar power is expected to reduce to US$0.039/kWh (approx. TWD$1.17) in 2021, which is a 42% reduction as compared to 2019.

What colors do these eco-friendly solar cells come in?

These photovoltaic cells come in seven different slightly fluorescent colors, including pink, yellow, purple, green, and blue, without having to go through any additional process. These give them a remarkable appearance unlike the monotonous navy blue on standard solar cells, while cutting down on production costs.

ETRI also studies a mechanism for improving the conversion efficiency of solar cells with zinc-based buffer layer through photo-pumping terahertz spectroscopy. This particular study could provide a foundation for the next generation eco-friendly solar power.

This technology will contribute to the solar power system development through the production of high value-added color photovoltaic modules.