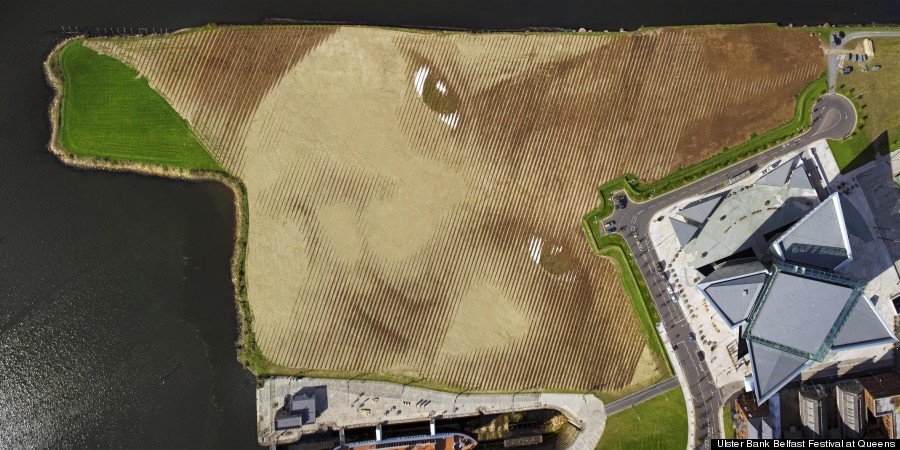 He named this portrait “Wish”. For “Wish”, Rodriguez Gerada said he purposefully chose an anonymous child, spotted on a research trip to Belfast last summer. He created this stunning portrait for 2013’s Belfast Festival at Queens which was then regarded as the largest land art portrait in the United Kingdom and Ireland, according to the Belfast Telegraph.

The portrait took 18 months of planning and four weeks of construction to complete. Lines for the image were plotted with the stakes based on GPS reference points. Rodriguez said that “Working at very large scales was a personal challenge but it also allowed me to bring attention to important social issues, the size of the piece is intrinsic to the value of its message”. 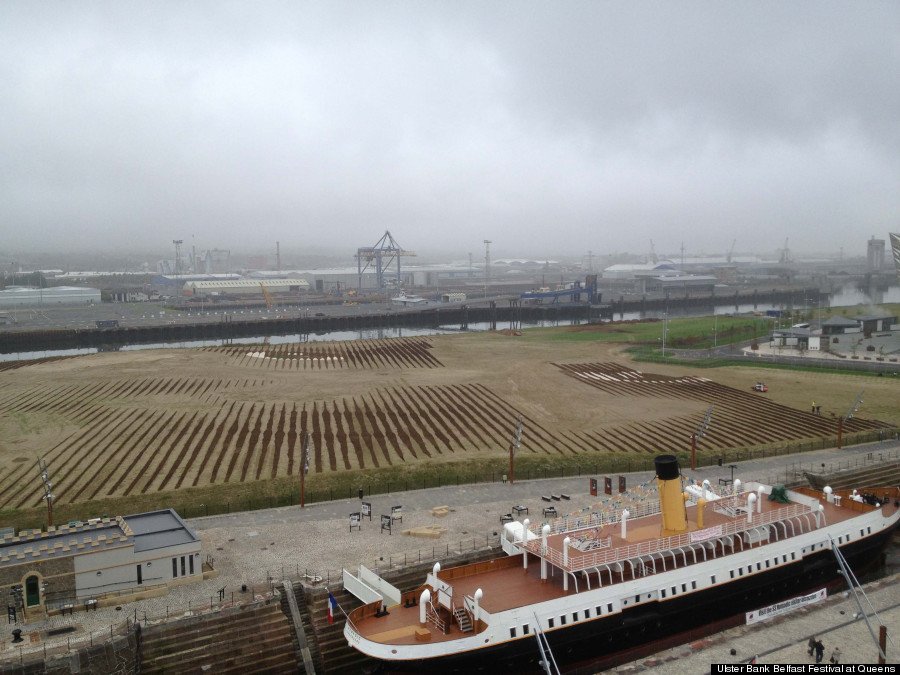 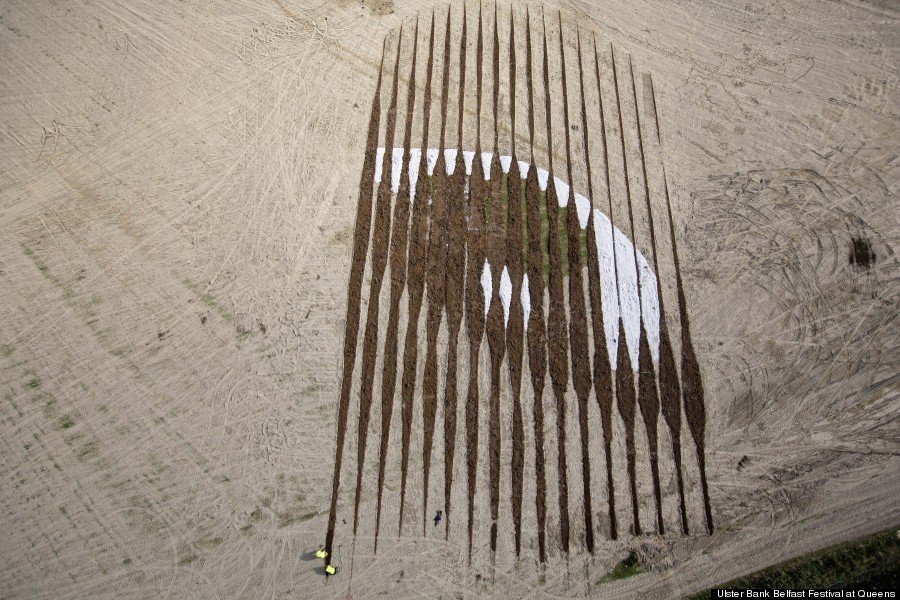 These photo mashups are evidence that the world is more…

Russian photographer takes us on a unique tour of Chernobyl… 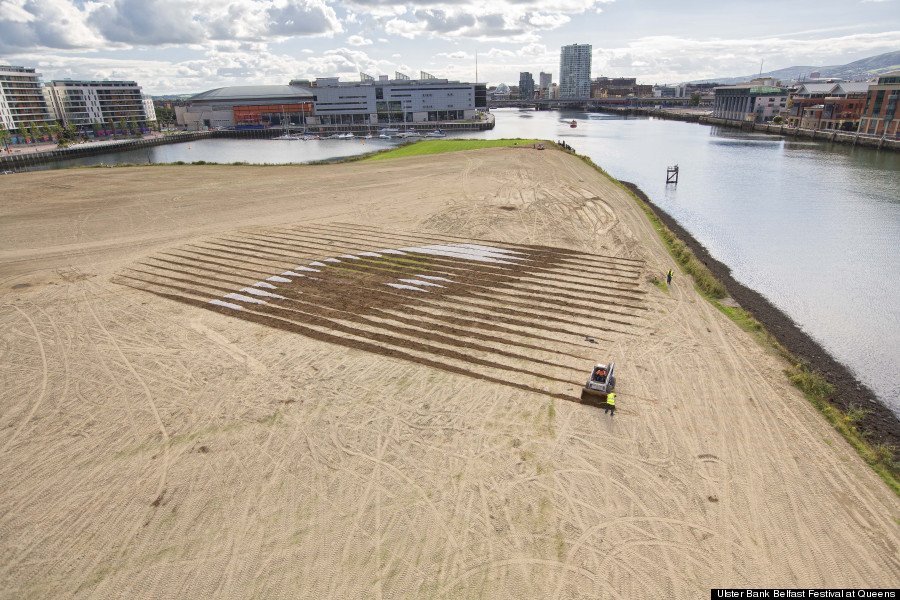 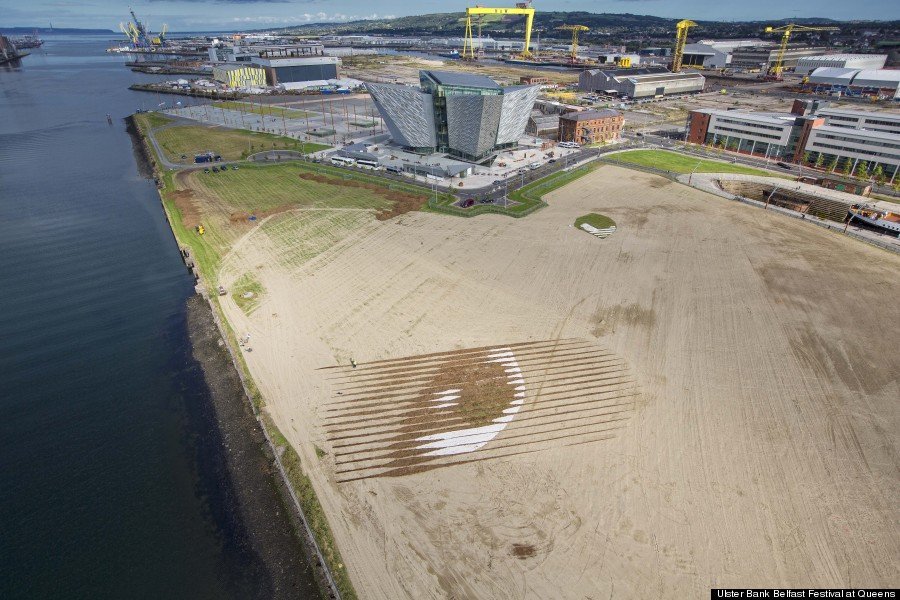 Altogether it took, 2,000 tons of soil, 30,000 wooden pegs 2,000 tons of sand and an army of volunteers to complete this magnificent 11-acre portrait.  Equal to the size of 44 Olympic swimming pools, the portrait could only be viewed from the highest points in the city, by a plane or a helicopter. 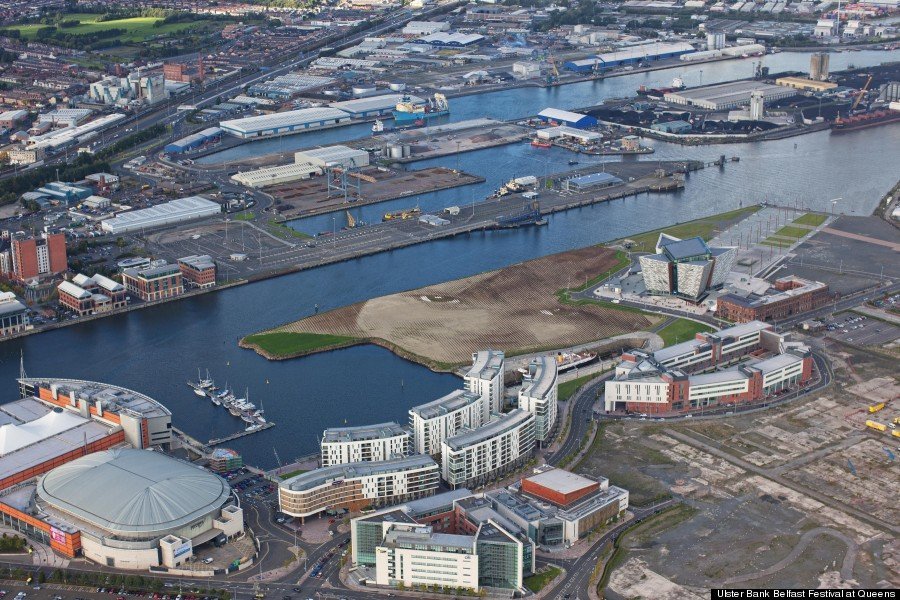 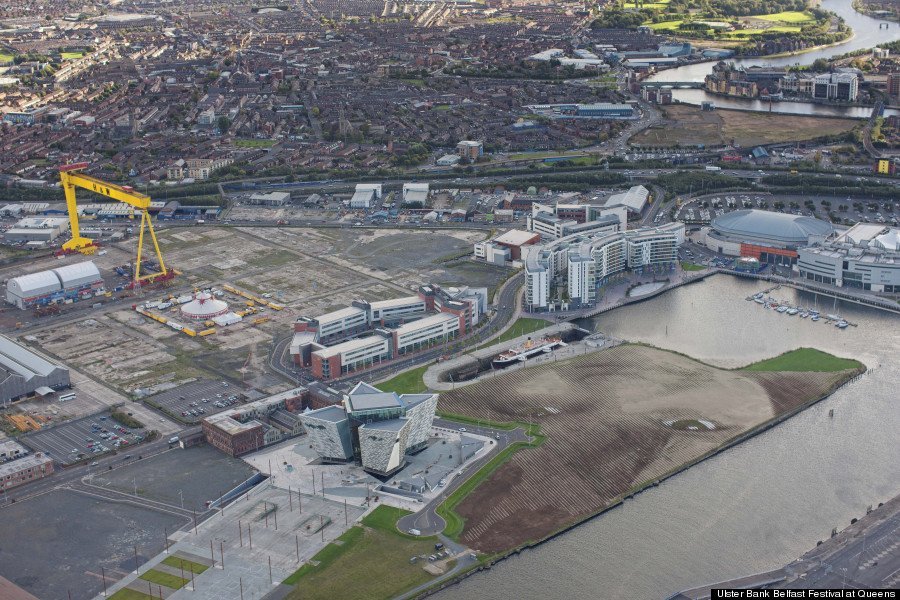 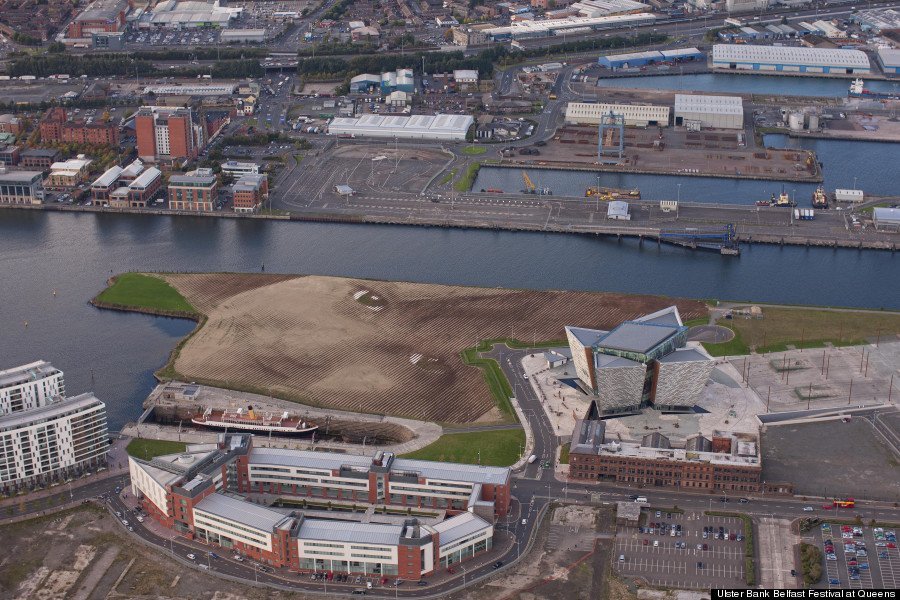