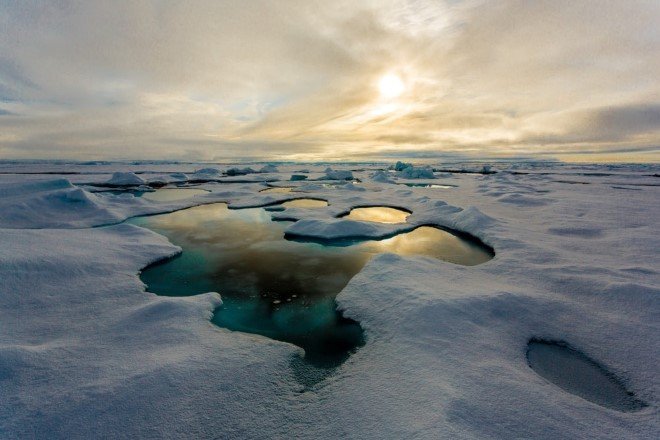 If one were to weigh the number of people living on this planet and the amount of plastic waste, guess which would outweigh the other? It might be hard to believe this because of the fact that most of the plastic waste is conveniently dumped into oceans. It takes approximately 700 years for plastic to start degrading and a 1000 years to fully degrade – even when it does, it never really disappears; it simply breaks down into smaller pieces termed as microplastics. Unfortunately, the plastic ultimately enters our food chain. 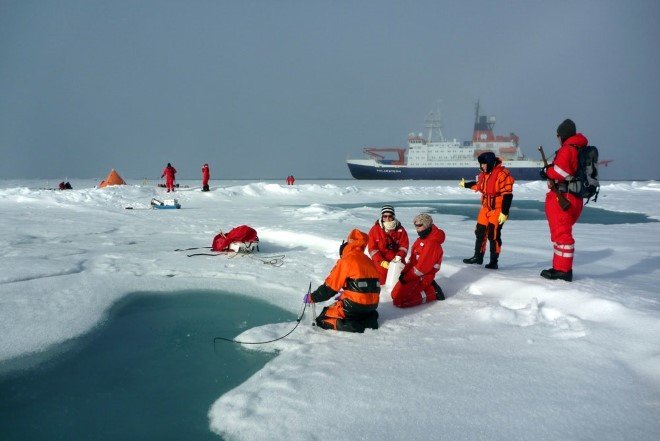 A group of researchers recently found unexpected quantities of microplastics in Arctic sea ice and conducted a study on their movement through the oceans. Belonging to Germany’s Alfred Wegener Institute (AWI), the researchers obtained ice samples from their three Arctic expeditions in 2014 and 2015. In order to strengthen their study, they collected ice blocks from five different regions of the Arctic Ocean along the Transpolar Drift, Stream and Fram Strait (passages that carry sea ice from the center to the north of the Atlantic). 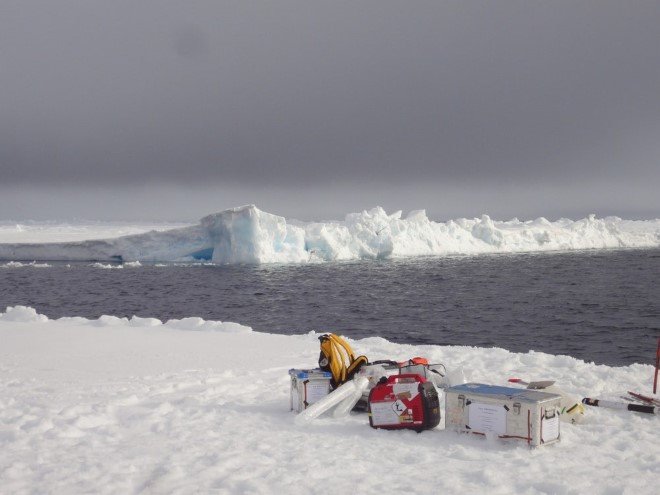 To further analyze these samples, a device called Fourier Transform Infrared Spectometer was used which simply works by shedding infrared light onto the ice and measuring the amount of radiation bounced back. Through this device, the researchers were able to quantify the concentration and size of plastic particles and even the type of plastic. Wondering how? Different types of plastic reflect different wavelengths of light hence its categorization is easy. 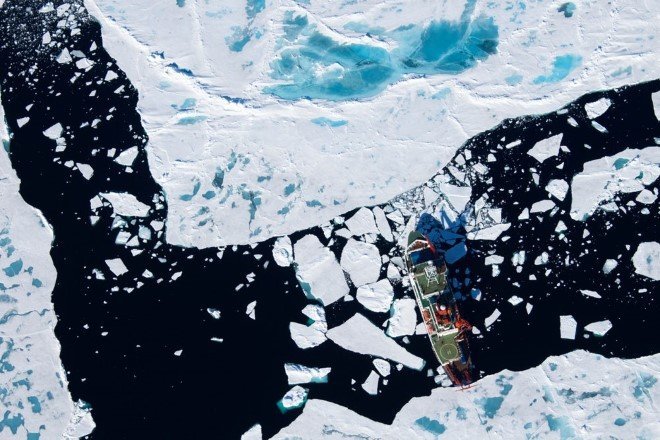 The results showed up to 12,000 particles per liter of ice which is thrice the amount previously measured, and alarmingly two-thirds of these particles were 50 micrometers or smaller in size! Dr Ilka Peeken, a biologist at AWI and first author of the study said, “During our work, we realized that more than half of the microplastic particles trapped in the ice were less than a twentieth of a millimeter wide, which means they could easily be ingested by arctic microorganisms like ciliates, but also by copepods. No one can say for certain how harmful these tiny plastic particles are for marine life, or ultimately also for human beings.” 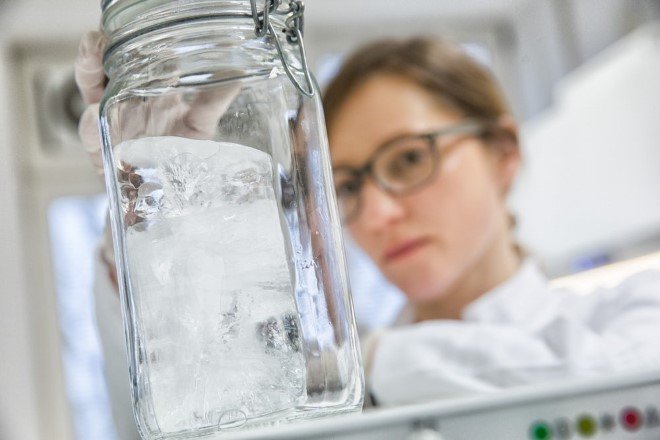 Moreover, the distinctive optical signatures of the particles allowed the researchers to individualize 17 different types of plastic, which ranged from common packing materials such as polyethylene to nylon and cellulose acetate. According to their findings, nylon, polyester, paints, cellulose acetate, polyethylene and polypropylene alone made up half of the microplastics under study. By distinguishing these types, the scientists explained how they could even deduce the source of each type. For instance, they said that paint and nylon came from ships and nets possibly due to the intensified shipping and fishing activities there while polyethylene probably washed up from the Great Pacific Garbage Patch. 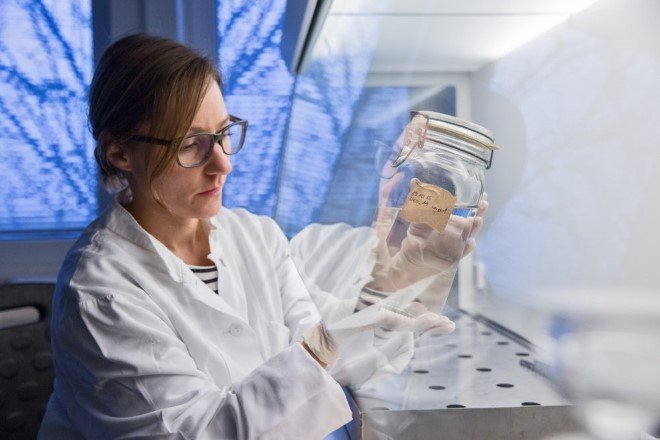 Dr. Peeken further explained, “The sea ice binds all this plastic litter for two to a maximum of eleven years – the time it takes for ice floes from the marginal seas of Siberia or the North American Arctic to reach the Fram Strait, where they melt.” But what happens next is still a mystery, perhaps they continue to move towards the south or just stay within the Arctic where they ultimately sink at the bottom; the latter hypothesis may be true considering the study that showed 6,500 plastic particles per kilogram of seafloor. 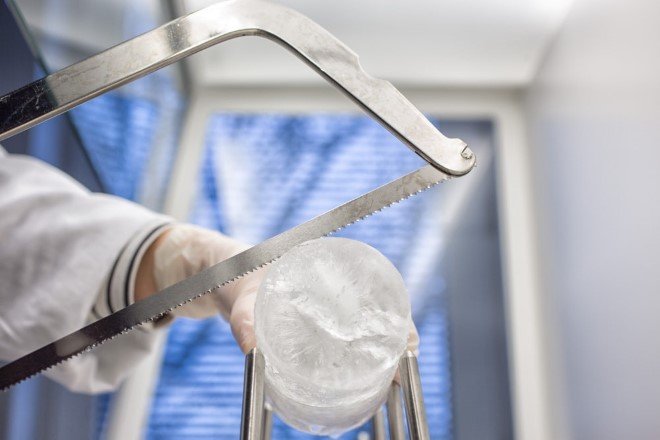 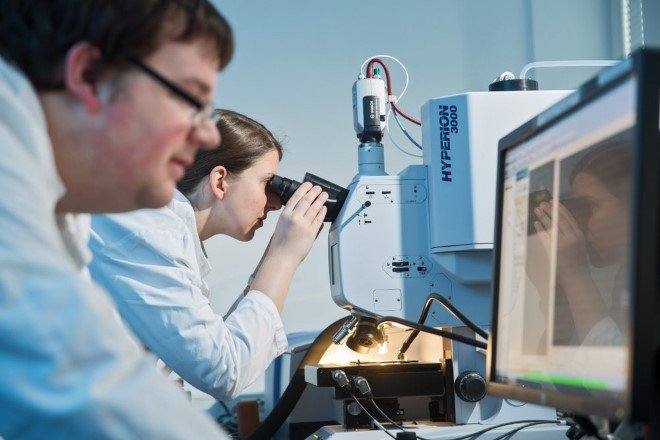 This is the bitter reality ladies and gentlemen, so if we wish to see oceans as a home to intricate yet vibrant aquatic life and not as a large dumpster, let us pledge to reduce, reuse and recycle plastic!

The team’s research was published in the journal Nature Communications.

Beams Couture fights plastic pollution in the most fashionable manner ever