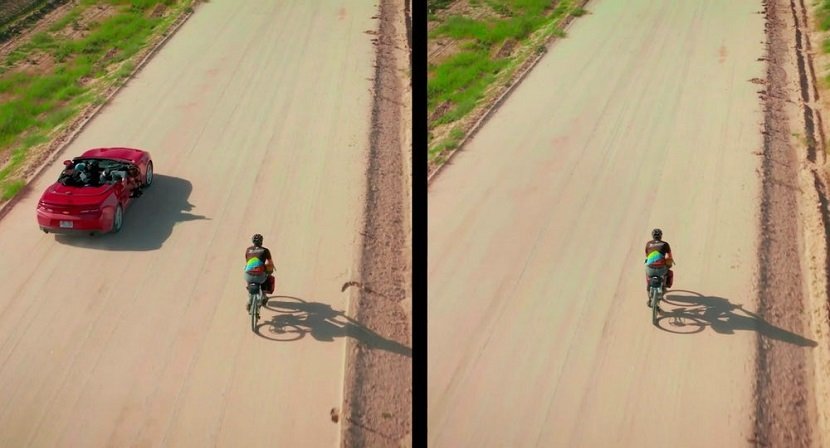 It has been long since Adobe introduced the content-aware fill in the Photoshop. It revolves around the idea of removing any unwanted object from your image by simply drawing a line around that thing. The software would process it to disappear that unwanted object by recreating the background behind it in a realistic manner.

Now Adobe has introduced the same thing into the latest version of After Effects which remove unwanted stuff from the video footage intelligently. It temporarily harvests pixels from other video frames or images to replace unwanted objects. Though it took a lot of time for Adobe to introduce this thing for video footage, but realistically speaking it is a complex task and has to deal with a multi-frame video rather than simply working on a still image.

Not only it has to deal with multiple backgrounds and moving objects through a number of frames, but also it has to paint the object in each frame in a way that patched portion makes sense throughout the video, and the motion is not disturbed.

Would you dare to swim through London’s glass-bottomed…

This tiny house is meant for having hearty discussions with…

It for sure, is a time saver for video professionals and will help them in multiple ways. In simple words, what the user needs to do is to choose a moving or still object in a video frame and then track it down the footage, which is to be edited. Then simply use After Effects to automatically fix it, or you can also do it manually on Photoshop. It is also helpful in removing things that are captured in the shot like production equipment, camera crew, wires, cables, and microphones.

As seen in the Adobe’s demo videos, it does a fantastic job, and on a mass level, so far it is the best and easiest object removal tech that is available in the market.

You can learn more about Adobe’s spring 2019 releases here and get a detailed insight on how the process works on Adobe’s blog.