You’ve got to bring your A-game to the court to beat this badminton robot! 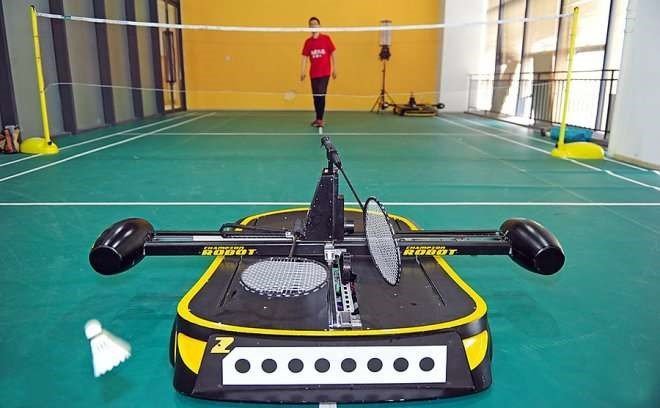 Badminton – that one game we all claim to be amazing at! I mean let’s admit it, we all find it super easy since it doesn’t require a whole lot of arm strength or running. It’s not as fast as table tennis or squash, giving us time to move around the court and breathe before making a shot.  The racket is sleek and light-weight unlike a cricket bat or a tennis racket so we don’t have to worry about having enough strength. And the best part is that the opponent’s performance is in correlation with yours most of the times, so if you’re draining out, so is he/she. However, all that is about to change because there’s a badminton robot now! Yep – you read that correct. This robot can play for hours, and days, and months (okay, that’s slightly exaggerated, but still), giving you a tough competition.

The Selfie Syndrome Hits The Museums

Who came up with this idea? Some students and professors at the University of Electronic Science and Technology of China built this robot that has the potential to play with you till you die – literally! They made use of two high definition cameras to create stereo images that are wirelessly streamed to an external computer for processing. This way the robot can track and even calculate the opponent’s shot trajectory in order to be in the perfect spot to strike back! Moreover, it can also cover line to line on the court with utmost ease. So, don’t think it’ll miss a shot if you make it run the entire length of the court – there’s no winning now! Well, only a world-class champion can beat the robot as it is unable to play drop shots but that’s about it.

So, if you’re up for a good practice session, grab your racket and head to the court. Don’t expect to win because you’ll be playing against the robot with infinite stamina. Good luck, though!

These winning entries of Siena International Photo Awards will take your breath away!