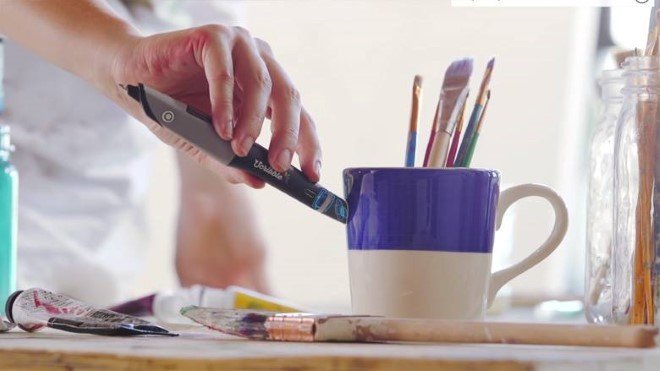 If you’re an artist as well as a perfectionist, then you’re in for a treat!

I understand that you want the exact same shade of orange while drawing a sunset, the perfect combination of maroon and purple while replicating a plum on paper, the same tinge of blue with which the waves crashed onto the shore you wish to recreate for your painting. But I’m not the only one who understands this desire of yours, say hello to your about-to-be most favourite gadget: The Scribble Pen!

It’s basically a smart pen which has a special ink cartridge as well as a scanner that enables it to replicate any colour. Supposedly, it’s the ‘last pen you’ll ever have to buy’ since it poses no limitations when it comes to colours. All you need to do is simply bring the RGB colour sensor (placed on top of the pen) in contact with the coloured object. 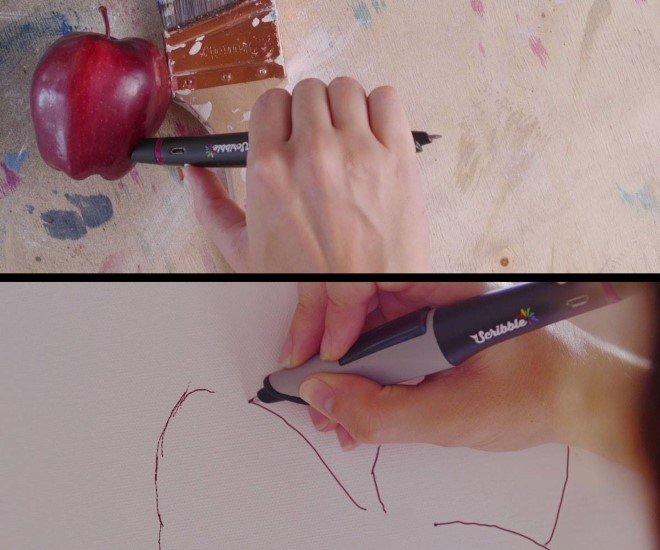 Wondering how the magic happens? Well, the pen’s smart ink cartridge is connected to a smart micro pump that replicates the colour that you’ve scanned. The ink is water-resistant and is enough to ‘write for miles with each generous, affordable ink cartridge’ according to the website. As for the operating time, the pen can be used for up to seven hours on a single charge. It demands a simple micro USB cable to charge, nothing too complex.

The Scribble Pen has three tips, each of different stroke weights, and can also be connected to smartphones and tablets that run on IOS 7 (and above) or Android 4.0 (and higher) in order to save and store the colours that you’ve scanned – how convenient!

How much does it cost? It’s available for pre-order for $249 but you can also get one for $119 which is basically a Scribble Pen Stylus only for tablets. These pens are available in five different colours i.e. black, white, silver, blue and green.

BUT WAIT! Before you get all excited and hit that pre-order button, you might want to know a little about the company’s history: The Scribble Pen was initially launched as a Kickstarter project in 2014 and was a huge success as it collected $336,556 even though it only asked for a $100,000. Later on, however, the project was cancelled by Kickstarter as the company couldn’t come up with concrete proof of its existence and how it would work. Unfortunately, the backers were never refunded.

From Kickstarter, Scribble moved onto Tilt and collected another $227,540 but was again cancelled. This time, the backers were refunded. After two massive crowdfunding campaign failures, the company is now selling the product on their website. However, we aren’t too sure if you’ll be tricked into another devious deal so purchase at your own risk and keep your fingers crossed!

Ride the Airwaves with AirWheel Unicycle