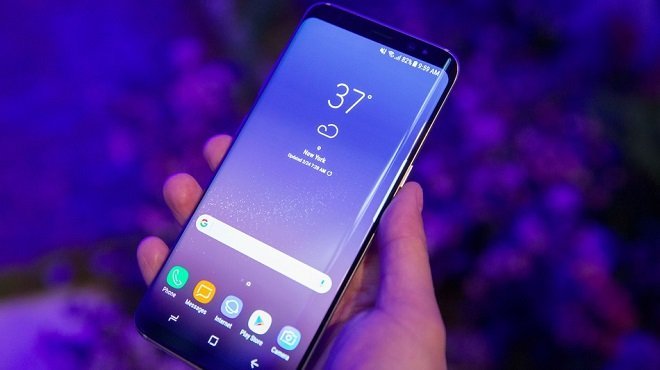 Samsung and Apple are the leading companies when it comes to smart phones. So, the inevitable competitiveness keeps getting better and better as each tries to outsmart the other. Apple launched its iPhone 7 in September 2016, shortly after Samsung had released its Note 7 which caused chaos in the market due to the quite well-known battery explosion issue. Apple had clearly taken over for the time being, however Samsung is back in the game and is soon releasing the Galaxy S8 by the end of April.

While it’s true that Apple and Samsung have the most shares in the market, it would be wrong to assume that no other company stands a chance. Remember when Google introduced Pixel back in the October ‘16, and everyone went gaga over it? Or noticed how everyone’s talking about the new LG G6 these days? Interestingly, it will go on sale in the United Kingdom the very same day the S8 will be launched! So now for the very popular question: will this new Samsung S8 beat the iPhone 7, Google pixel and LG G6 in terms of features and performance? Let’s take a look.

This tiny device turns any solid surface into a smart remote… 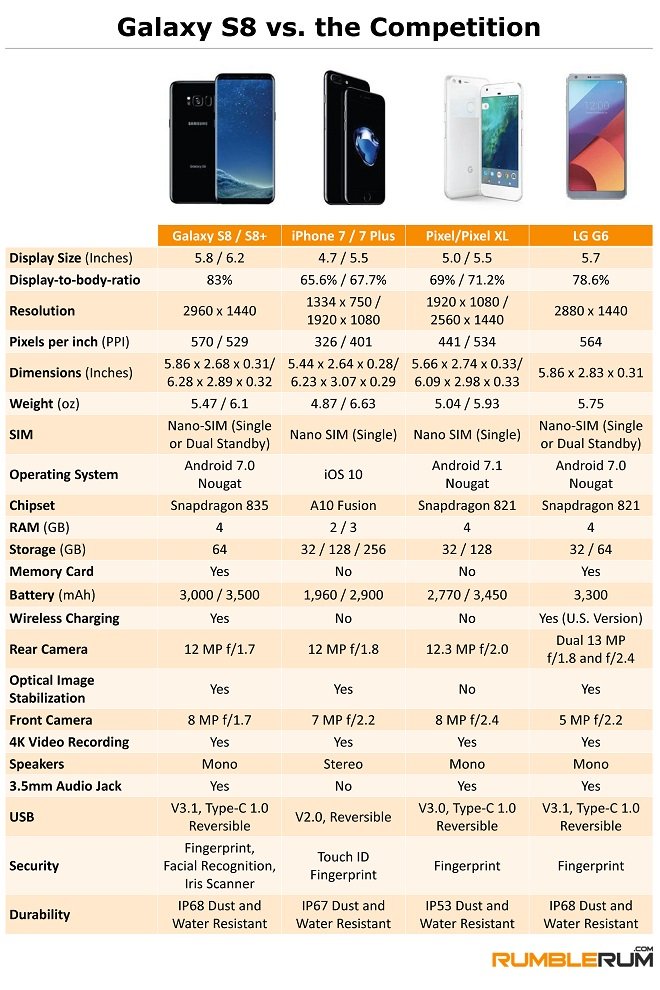 As we can see, the galaxy S8 has the largest display size i.e. 5.8 inches while the iPhone 7 sticks to the old size of 4.7 inches. In terms of resolution, galaxy S8 again takes the lead, and the LG G6 takes second place with a minute difference. What about the weight, one may ask? Well, iPhone 7 wins with a significant margin of .17 Oz (sounds minimal bit but makes a significant difference).

What makes the Galaxy S8 unique is its facial recognition scanner that no other phone is offering as of yet. However, a major drawback – for those who tend to store a lot of pictures and music in their phones – is that it only comes with a storage space of 64GB and doesn’t permit the user to choose from a variety.

The specs are out but one can only mark the true success of the new Samsung Galaxy S8 by the amount of sales it manages to rake in. So, as of now see have to see how that goes! We wish team Samsung good luck!

The Most Important Features of Samsung’s New Galaxy S8