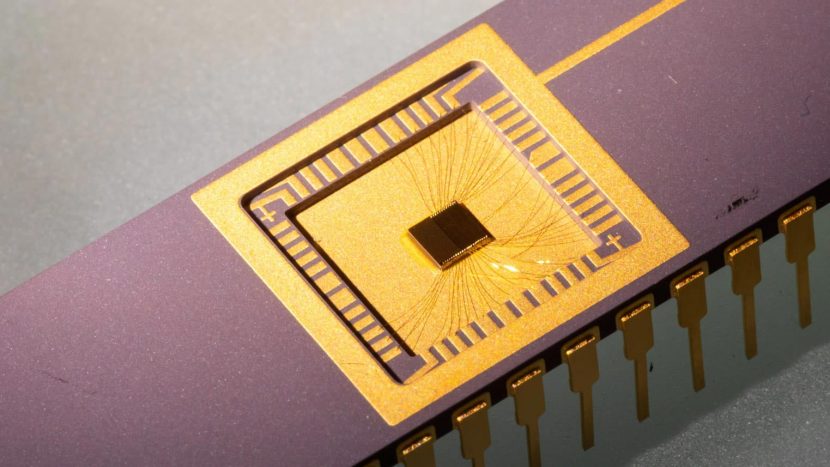 Scientists are exploring more efficient and clean methods with greater efficacy to fulfill the need for energy. In this “leave no stone unturned” search, physicists from the University of Arkansas have innovated a circuit that produces clean, limitless power from graphene.

Graphene has been an object of great fascination for scientists since its discovery. It has always been theorized to lift a single layer of a hexagonal mesh of carbon atoms to form a 2-Dimensional structure. This feat was accomplished in 2004 by two physicists at the University of Manchester, who were awarded the Nobel Prize in Physics for this breakthrough.

In our 3-Dimensional world, an anomaly like this may be understood as a violation of the laws of physics. Without the support of a substrate, physics predicts that 2-dimensional materials tear apart or melt, even at a temperature of absolute zero. So how can a 2-D graphene structure be justified? The answer lies in the science of Brownian motion; small random fluctuations of the carbon atoms that make up graphene. These fluctuations cause the material to ripple into the third dimension, that can be visualized as waves moving across the surface of the ocean. These movements of rippling in and buckling out of the flat surface allow graphene to remain within the laws of physics. Robert Brown discovered the Brownian motion in 1827 and ever since raised the question of whether we can harvest this motion as a source of energy. Researcher Paul Thibado, a professor of physics at the University of Arkansas, experimented and gave strong evidence that the motion of graphene could indeed be used as a source of clean, limitless energy. The findings were published in the journal Physical Review E.

The Experiment On Graphene

Thibado, along with his graduate students, studied the movements of graphene by laying sheets of the material across a copper grid that acted as a scaffold. This allowed the graphene to move freely in places where it covered all the minuscule holes in the grid. They used a scanning tunnelling microscope, or STM, to observe the movements. The images were produced of atomic resolution by scanning across the surface of a material with an ultra-sharp, microscopic tip. Observing the greater picture, the results seemed random and meaningless. However, when Thibado zoomed in on one ripple at a time, the movement of graphene stood out as a fascinating discovery.

There were two distinct features of this discovery: small Brownian motion and larger, coordinated movements. Observing the larger movements was like seeing a thin piece of metal being repeatedly flexed. The entire ripple buckled, flipping up and down. This movement is termed as “Lévy flights”. While this phenomenon is studied across diverse contexts, Thibado is the first to have observed these flights spontaneously occurring in an inorganic atomic-scale system. The scanning tunnelling microscope employed a negatively charged sheet of graphene suspended between two metal electrodes. As the graphene flipped up, it induced a positive charge in the top electrode. Vice versa, when it flipped down, it charged the bottom one, creating an alternating current.

The size of the graphene material used in Thibado’s experiments measured about ten microns across. That means 20,000 of them could fit on the head of a pin. Each Levy flight exhibited by an individual ripple measured only 10 by 10 nanometers but produced 10 picowatts of power. Consequently, each of these micro-sized membranes proved the potential to produce enough energy to power a wristwatch. The best part is that they would never wear out or need charging.

The findings of Thibado’s team is in coherence with the studies questioning a more popular theory by physicist Richard Feynman. Feynman claimed in his study that the thermal motion of atoms has no value when it comes to harvesting energy. On the other hand, Thibado’s team successfully built their arguments upon the theory from physicist Leon Brillouin’s work. In a paper published in 1950, Brillouin refuted the idea that adding a single diode, a one-way electrical gate, to a circuit is the solution to harvesting energy from Brownian motion. Thibado’s team used the basis of this theory to built their circuit with two diodes for converting AC into a direct current (DC). With the diodes in opposition allowing the current to flow both ways, they provide separate paths through the circuit, producing a pulsing DC current that performs work on a load resistor.

The team discovered that their design increased the amount of power delivered. According to Thibado: “We also found that the on-off, switch-like behaviour of the diodes actually amplifies the power delivered, rather than reducing it, as previously thought. The rate of change in the resistance provided by the diodes adds an extra factor to the power.”

The team was able to prove this power enhancement by drawing from the emergent field of stochastic thermodynamics and extending the nearly century-old, celebrated theory of Nyquist, as said by co-author Pradeep Kumar, associate professor of physics and co-author. Kumar also added that the graphene and circuit shared a symbiotic relationship as the graphene and circuit have the same temperature, and heat does not flow between the two.

That’s an important distinction because a temperature difference between the graphene and circuit, in a circuit producing power, would contradict the second law of thermodynamics. Additionally, a relatively slow motion of graphene was observed. This induced a current in the circuit at low frequencies, which is very useful as electronics function more efficiently at lower frequencies. Thibado explained how it is traditionally assumed that current flowing in a resistor causes it to heat up, but the Brownian current does not. If no current flowed, the resistor would cool down, so what Thibado’s team actually did was reroute the current in the circuit and transform it into something useful – Clean energy!

Thibado’s team is setting up to examine how electricity generated by graphene could be stored in a capacitor. Achieving this holds the promise to provide limitless low-voltage power for small devices or sensors. The team claims that millions of these tiny circuits could be built on a 1×1 millimeter chip, serving as a low-power battery replacement. Thibado believes that these tiny generators would allow any object to send, receive, process, and store information, powered only by room temperature heat. This could be the dawn of a new era in connecting physical objects to the digital world, known as the Internet of Things. The self-charging, microscopic power source of graphene’s movements has the potential to convert routine objects into smart devices, as well as powering more sophisticated biomedical devices such as pacemakers, hearing aids, and wearable sensors.

These Luxurious Celebrity Cars will have you drool all over