You would love seeing these monsters apologizing for their ruthless behavior

Don’t you wish sometimes that karma would make all the monsters that have destroyed your life in one way or another, apologize to you publicly? Well, we can’t say much about the villains in your life but Japanese monsters, Godzilla, Mechagodzilla and King Gidra are surely bowing down to apologize for their doings in these kaiju figurine collection.

Shin-Godzilla movie promotional campaign released these toys apologizing at a press conference. King Gidra is seen regretting the aggressive invasion that he is accused of whereas Godzila and Mechagodzilla are reportedly asking for forgiveness for vandalism and copyright infringement, respectively. These toys were sold for 300 yen per piece and despite of their popularity, they were taken off the primary market’s shelves but are still being sold in the secondary market and that too, at higher prices.  Want to get one for yourself? Follow this link.

Tanita ES-100 handheld scanner lets you know how much you… 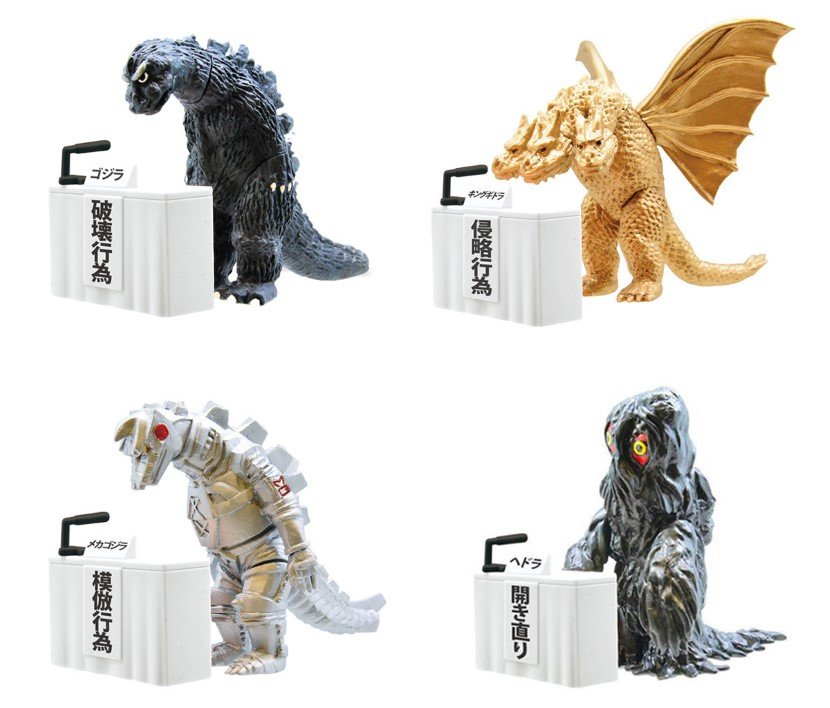 This private island is the best holiday spot ever

This hobbit home has a retractable living room