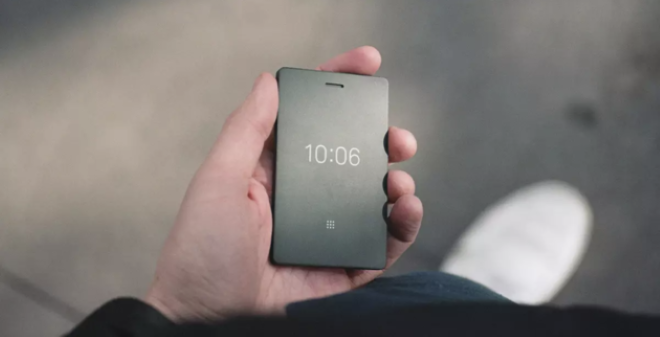 Do you remember the good old Nokia phones that only allowed you to call and send text messages? Kids these days probably can’t even imagine such phones for the smartphones today are nothing short of mini-computers and professional cameras. However, if they see the ‘Light Phone’, they might just get a good idea of how phones used to be.

The Light Phone was purely designed to facilitate calls, that’s it – not even text messages or a camera. While many criticised, some applauded the company for bringing back the true essence of a phone. Using the Light Phone, you could only save nine phone numbers – so you had to choose very wisely. So basically, you could stay in touch with the world without being distracted. However, it was a little too limited so the company decided to add some features so that people would actually purchase it and use it like a regular phone. Hence, the Light Phone 2 came into being.

The Light Phone 2 has the same matte finish as the Light Phone but instead of a 10-digit key pad, this version has an E-ink touchscreen. Moreover, it also offers 4G and the ability to send text messages. The company is thinking of incorporating maps, music as well as Uber because one simply cannot rely on text messages and calls. While it does not sound like a phone you could use every day, the Light Phone 2 does sound like a ‘vacation’ phone though – you really don’t want to be scrolling through Instagram or Facebook or checking your emails while you’re at the beach. The phone isn’t out in the market yet as the company is still finalising some features but it will be out by next year, somewhere in April. Previously, the company promised to release the Light Phone in May 2016 but ended up shipping it in January 2017 so we wouldn’t advise you to wait too eagerly!

Currently, the Light Phone 2 is up on Indiegogo for crowdfunding and if all goes well, you can get this phone for $400 – somewhat expensive considering it doesn’t have much to offer. What do you think?