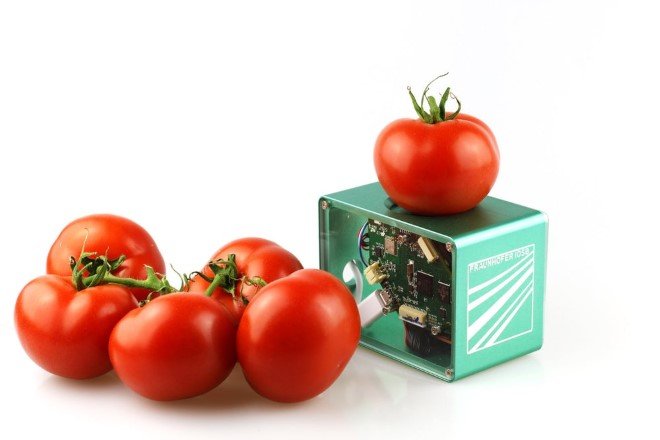 On an annual basis, approximately 1.3 billion tonnes of food is wasted, of which nearly half is due to the uncertainty within people about the freshness of the product. To cut down this vast number, a team consisting of the top researchers from the Fraunhofer Society have been working on a pocket-sized infrared sensor. With this device, the buyers and consumers can determine the quality of the food item and check whether the item has gone bad or not.

According to a survey performed by the United Nations Food and Agricultural Association, one-third of the produce of food items is wasted, worth US$680 billion by the developed countries.

There are many factors which result in food wastage and one of the most significant factors is the uncertainty among the consumers about the state of the food item being good enough to be consumed or not. More often than not, the consumers mistake the “sell by date” with the “best before use date” which leads to unnecessary wastage.

To counter this, some initiatives were launched by the Bavarian Ministry of Food, the Fraunhofer pocket scanner being one of them. The device is intended to be an economical solution which will be used by the people to determine the quality and edibility of the food items.

The Pocket scanner uses the state of the art technology, the high-precision near-infrared (NIR) sensor. It is based on the principle of reflection, as an infrared beam is thrown onto the item and the magnitude of the resultant reflected beam determines the state of the food item. Comparing the acquired data with a perfect sample’s data, the device determines the edibility of the food as well as its ripeness. Another feature of the invention is to identify the food item accurately. This technique is also being used in major laboratories. This device overcame the issue of reducing size and cost without the sacrifice of its functions. This is only possible due to the upcoming inexpensive but micro-sized sensors.

From the statement of the Fraunhofer Society, it can be deduced that this pocket-sized scanner is still a prototype. In its current state, the device can acquire information only from homogenous foods (for example potato, carrot). If it’s required to perform an analysis of other types of foods containing multiple ingredients, the data acquired will be erroneous. The plans for the device are that by using hyper-spectral imaging and fusion-based operations and other high-resolution technology the device could be perfected.

Another feature that the team is trying to develop is to include a machine-learning algorithm or in other words the simplest form of AI (artificial intelligence) that would allow the device to recognize the patterns more accurately. Up until now the team of researchers has been successful in measuring the germ count and the shelf life of the food items.

The device uses cloud technology for evaluation of the acquired data and then displays the data on the user’s smartphone through the personalized application.

The device can also be used to acquire data from other items than food, such as wood, textiles and much more. The Fraunhofer Society has stated that the device will be tested and made available for the consumers by this year.