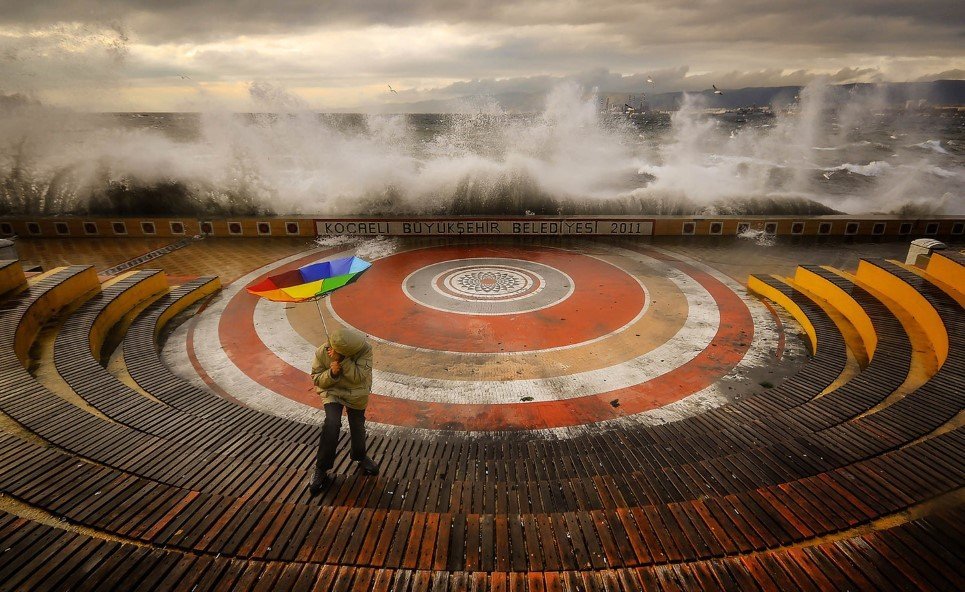 National Geographic received 9,200 entries from over 150 countries in in three categories: people, places and nature for National Geographic’s Photo Contest 2014. The participants were adjudged on the basis of creativity and photographic quality. The jury declared four winners; one from each category and an overall winner.

Check out all the winning entries below along with honorable mentions.

1. A Node Glows In The Dark 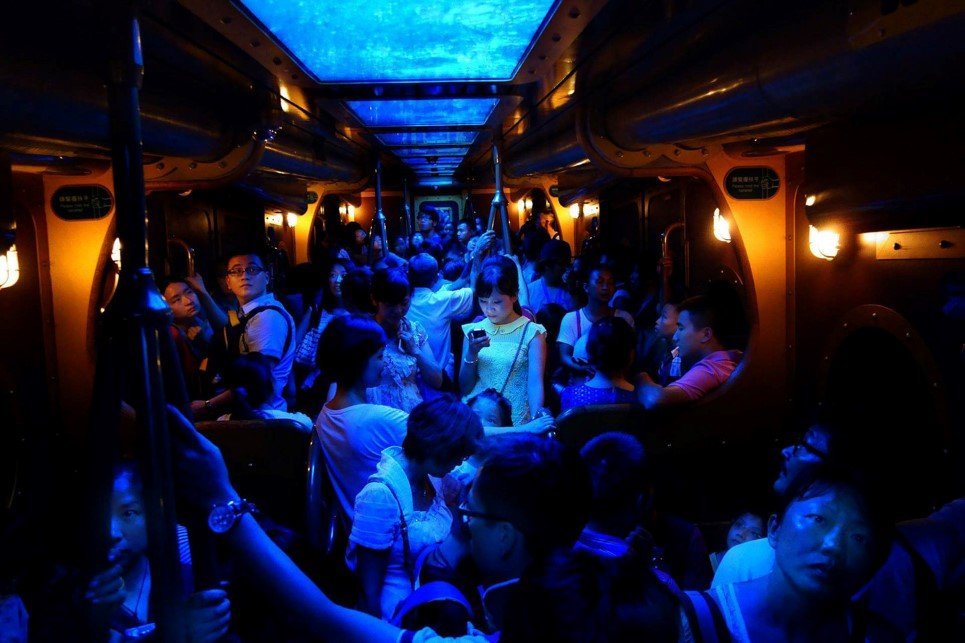 In the last ten years, mobile data, smartphones and social networks have forever changed our existence. Although this woman stood at the center of a jam-packed train, the warm glow from her phone told the strangers around her that she wasn’t really there. She managed to slip away from “here” for a short moment; she’s a node flickering on the social web, roaming the Earth, free as a butterfly. Our existence is no longer stuck to the physical here; we’re free to run away, and run we will. 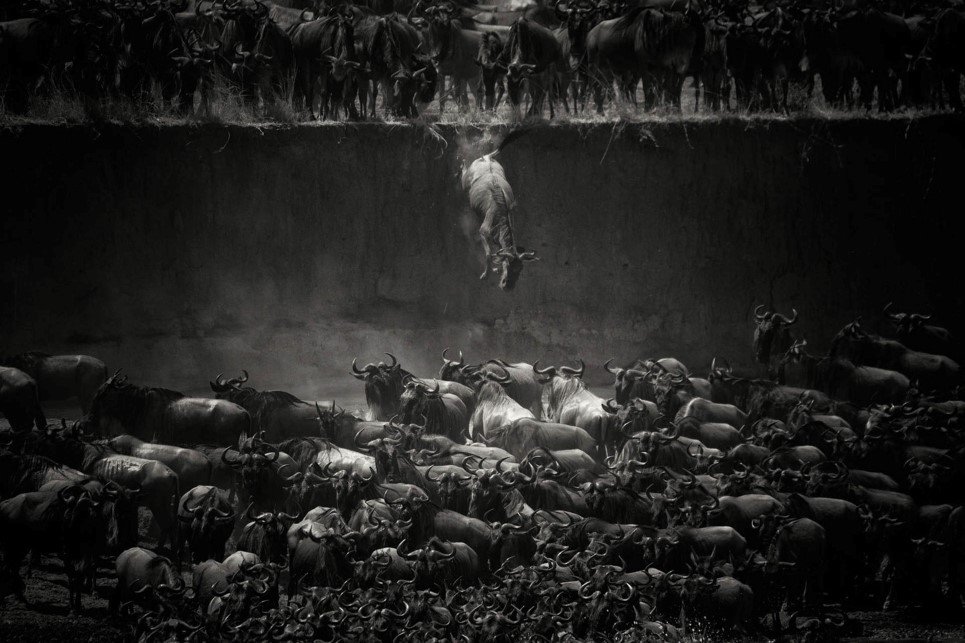 Jump of the wildebeest at the Mara River in North Serengeti, Tanzania. 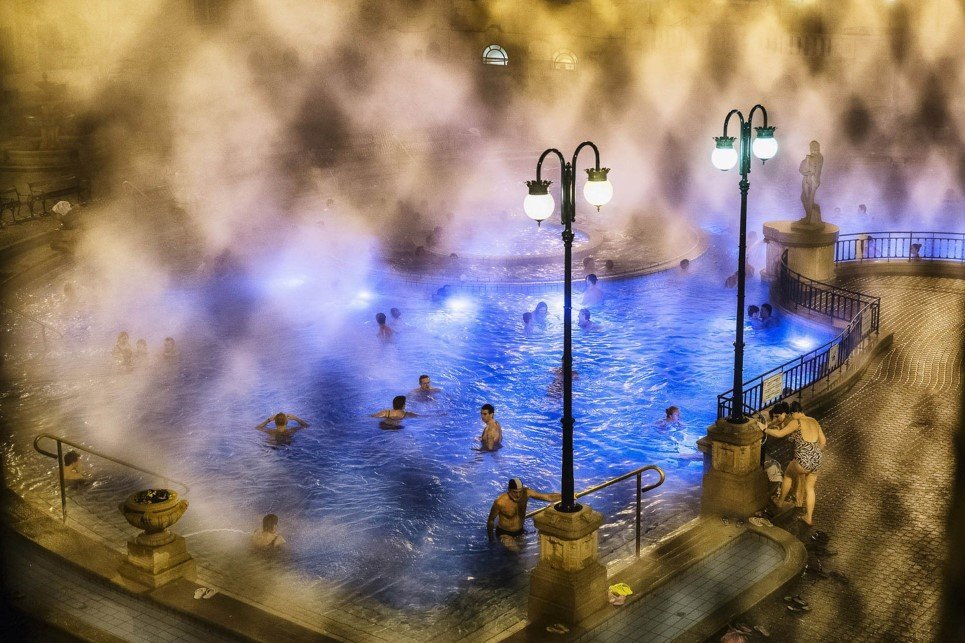 The Thermal Spa in Budapest is one of the favourite activities of the Hungarian especially in winter. We were fortunate to gain special access to shoot in the Thermal Spa thanks to our tour guide, Gabor. I love how the mist caused by the great difference in temperature between the hot spa water and the atmosphere. It makes the entire spa experience more surreal and mystical. 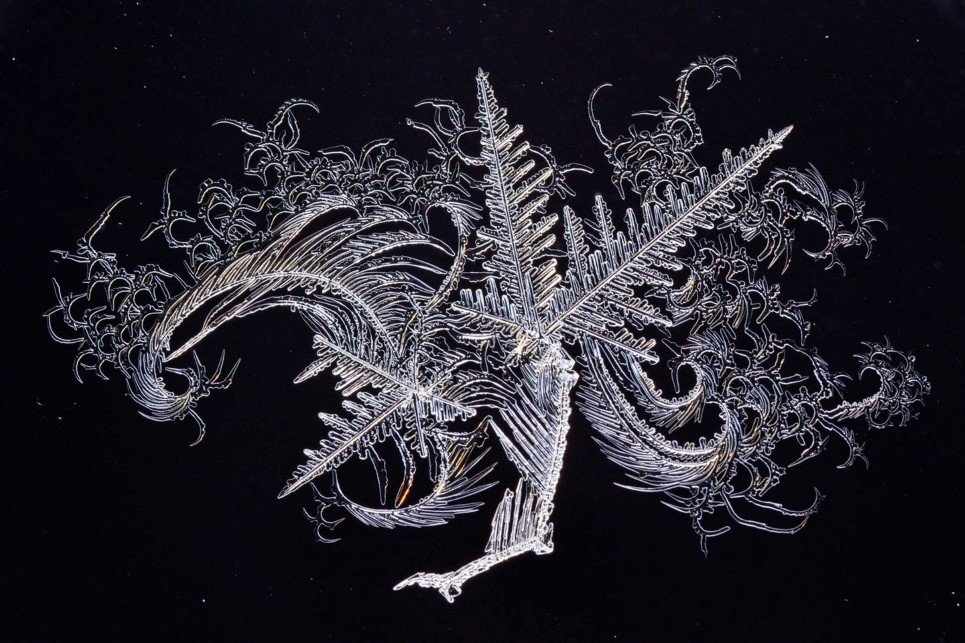 Ice art on the window in Estonia. 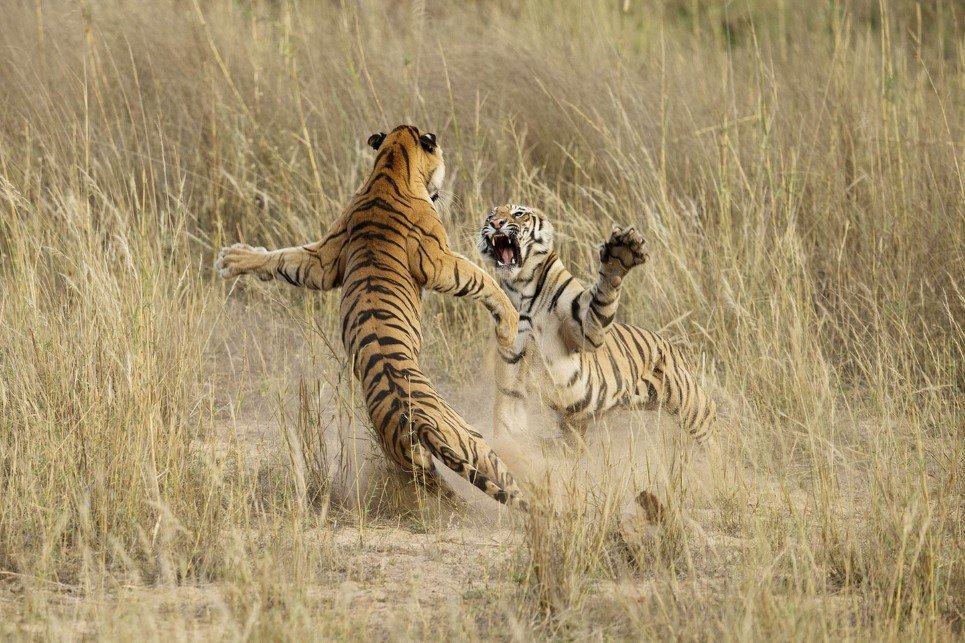 This playful fight amongst two young sub adult Tigers was indeed a brilliant life time opportunity that lasted exactly 4-5 seconds. The cubs were sitting in the grass as dusk approached when suddenly one of them sneaked up behind the other and what happened next is captured in this image.

6. Children in the darkness 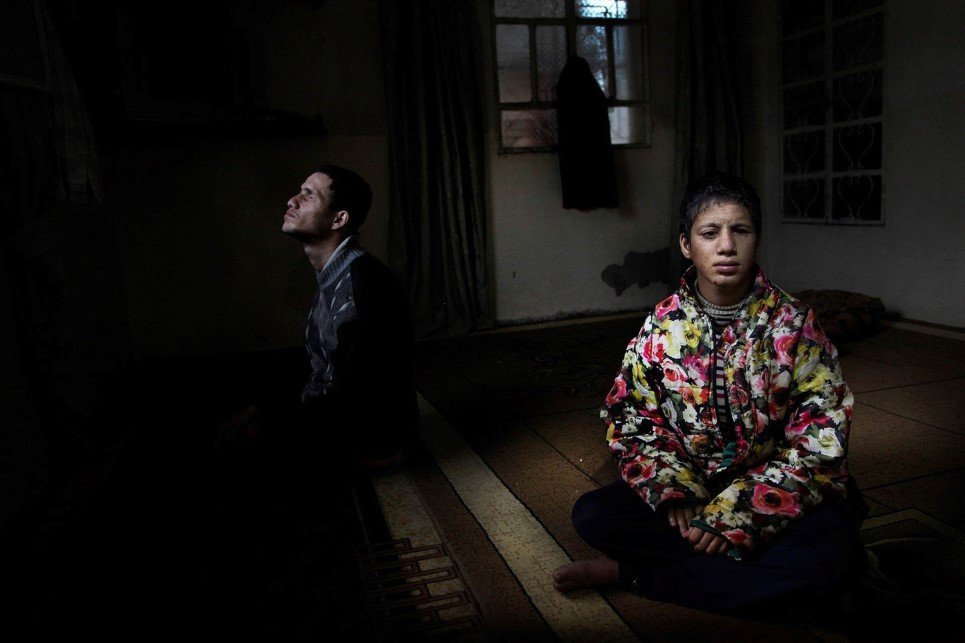 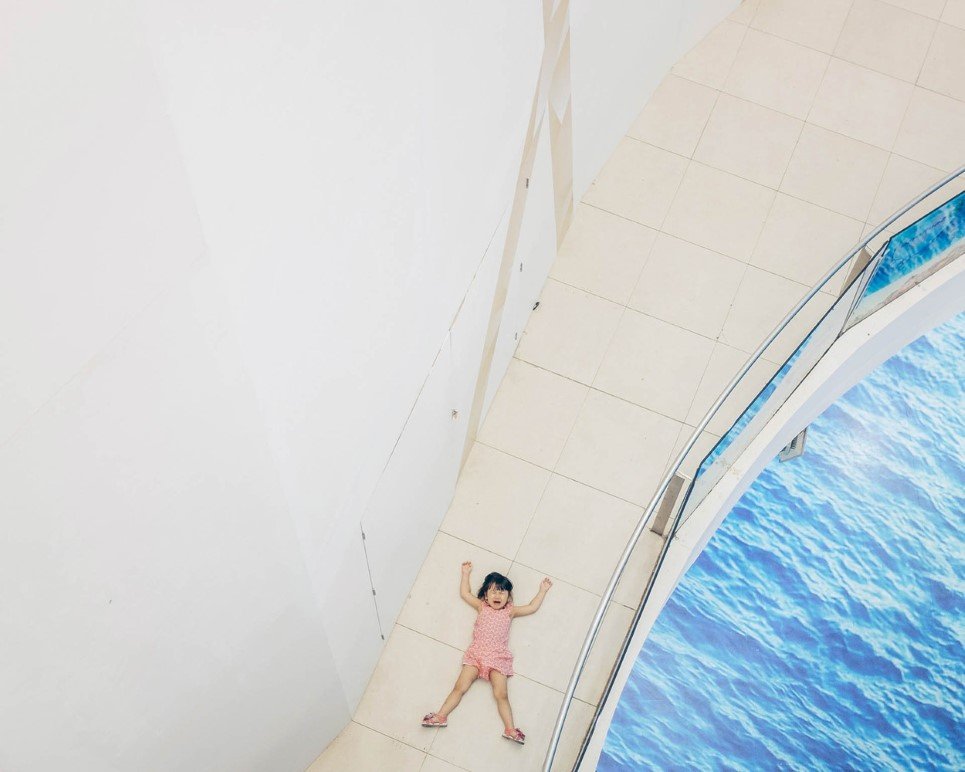 A young girl throws a temper tantrum in a Bangkok shopping mall. June, 2014 in Bangkok, Thailand. 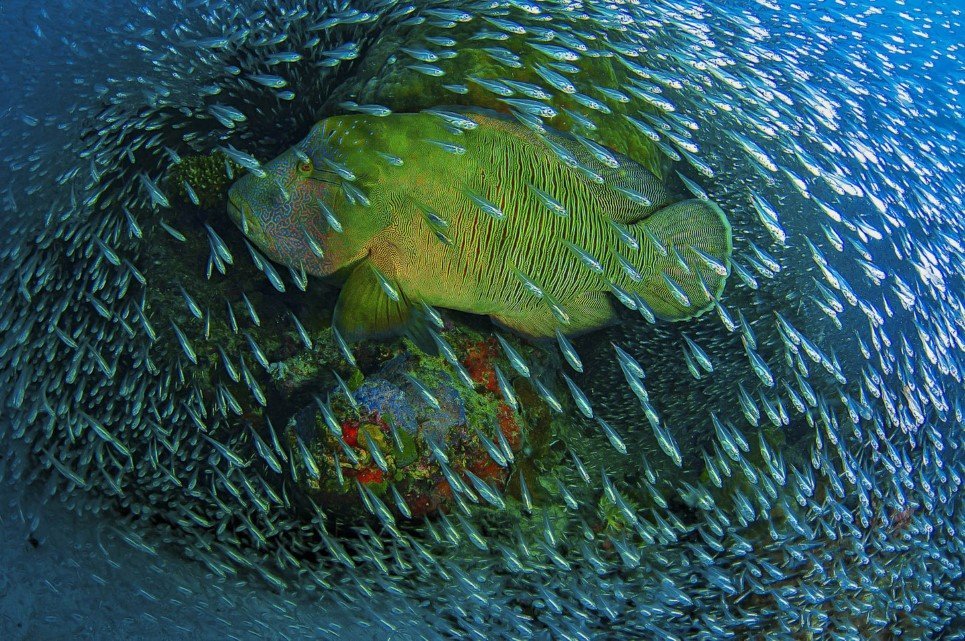 On a windy day right after a cyclone passed the far northern Great Barrier Reef, I took some friends out to the reef. Never before I saw that many glass fish on this particular coral ‘bommie’. Just when I setup my camera, this Napoleon Wrasse swam right through the school of fish building a living frame. 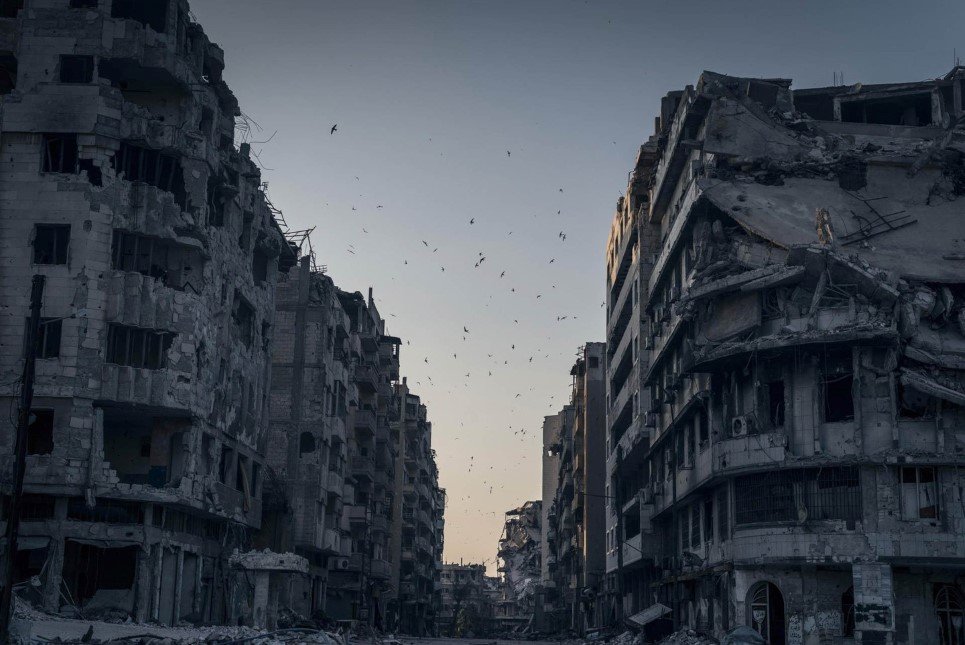 Birds fly over the destroyed houses in Khalidiya district in Homs, Syria. In the vast stillness of the destroyed city center of Homs, there are large areas where nothing moves. Then, suddenly, wind blows a ripped awning, or birds fly overhead. 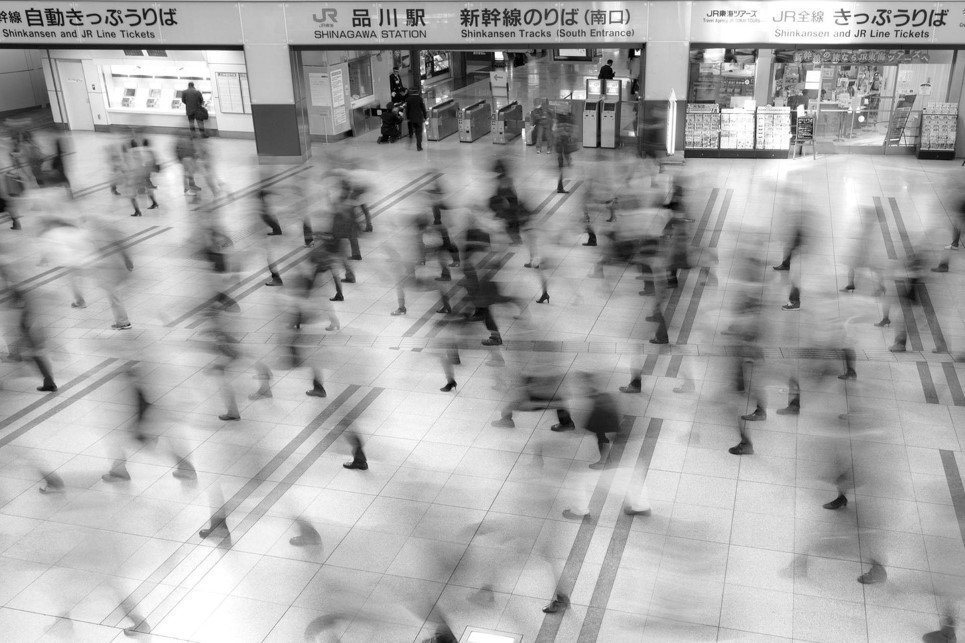 I was up at an ungodly hour to make it to the Tsukiji Fish Market, in Tokyo. With so many amazing things to see in the city, I had hardly slept, and managed to get off at the wrong station. Wave after wave of people kept coming through the station passageway. I spied a coffee shop with a vantage point and managed to snap a free shots, camera resting on the ledge. After the caffeine kicked in, I was ready to brave the river of people. 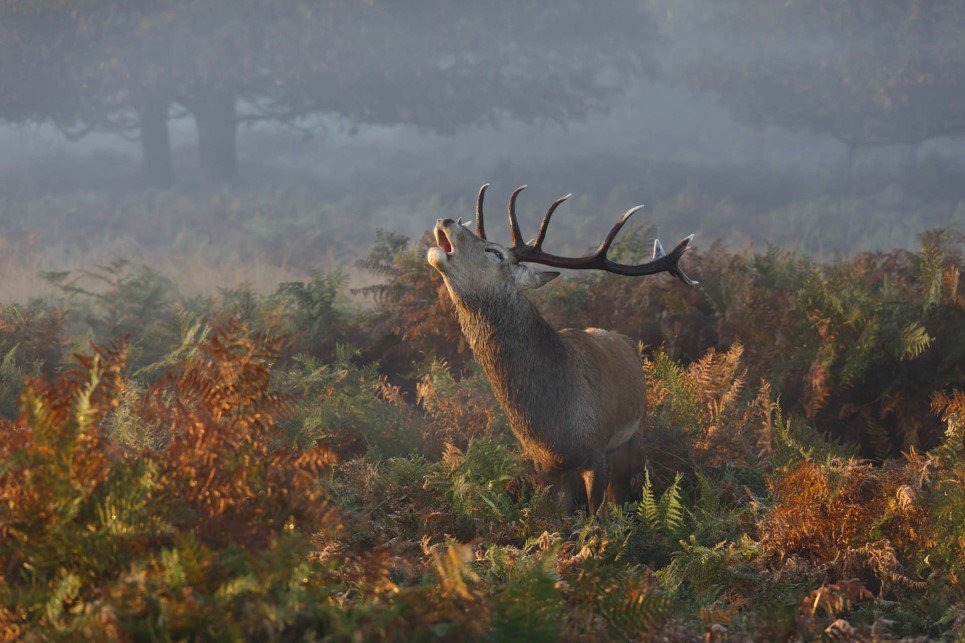 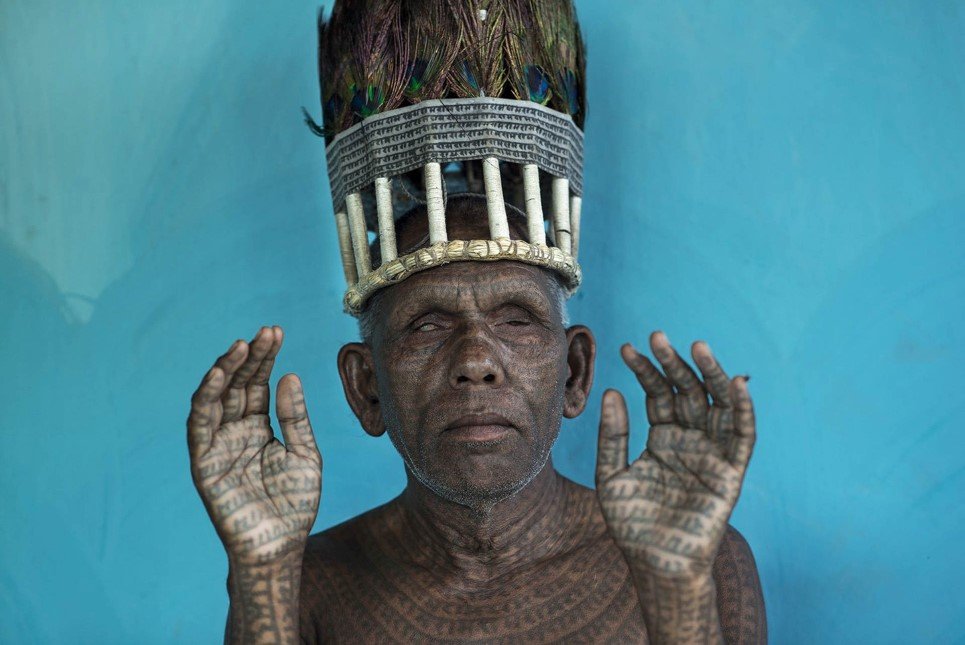 The chef of Ramnami people in Chhattisgarh, India. Ramnami tattoo the name of the lord ‘Ram’ on their body. Their entire focus is on the name of Ram, the name of God that is most dear to them. The Ramnami Samaj is a sect of harijan (Untouchable) Ram. Formed in the 1890s, the sect has become a dominant force in the religious life of the area. The tattoo is the result of their devotion and also, a gift and an acknowledgement from Ram. 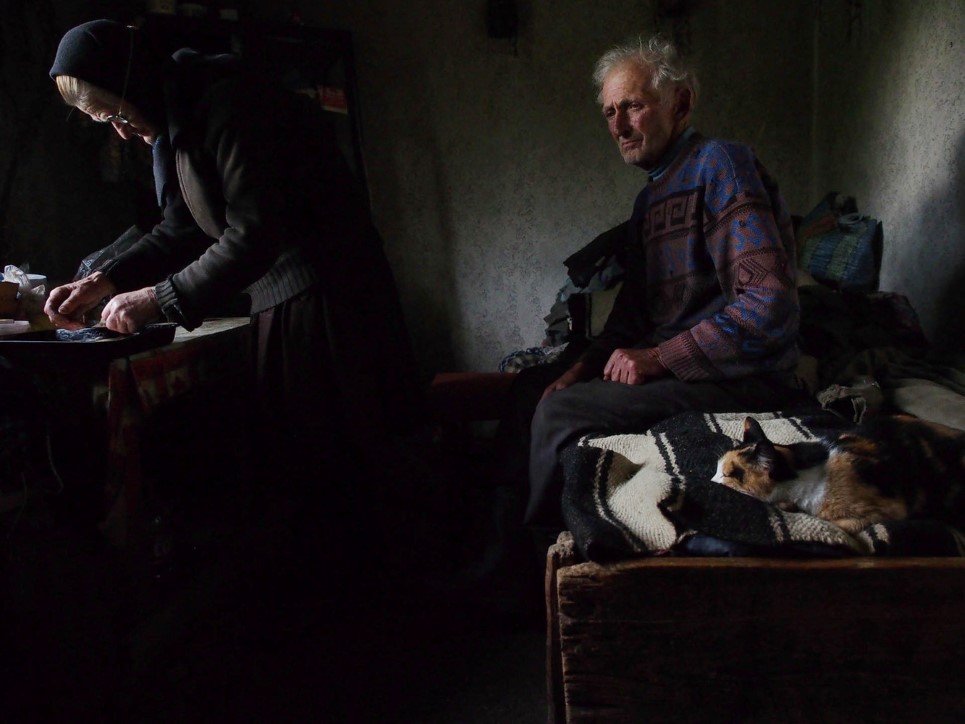 He was waiting on the bed, lost in thoughts, while his wife was preparing the bread to be blessed for the orthodox Eucharist. 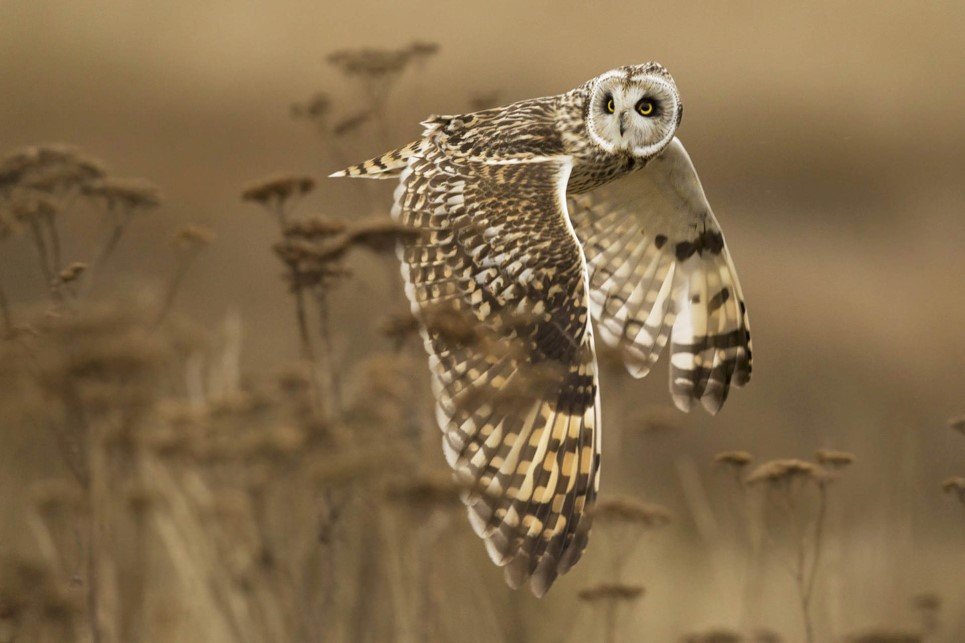 A wild short-eared owl completes a shoulder check in case something was missed. Northern harriers were also hunting in the field and these raptors will often steal a kill from the owls. 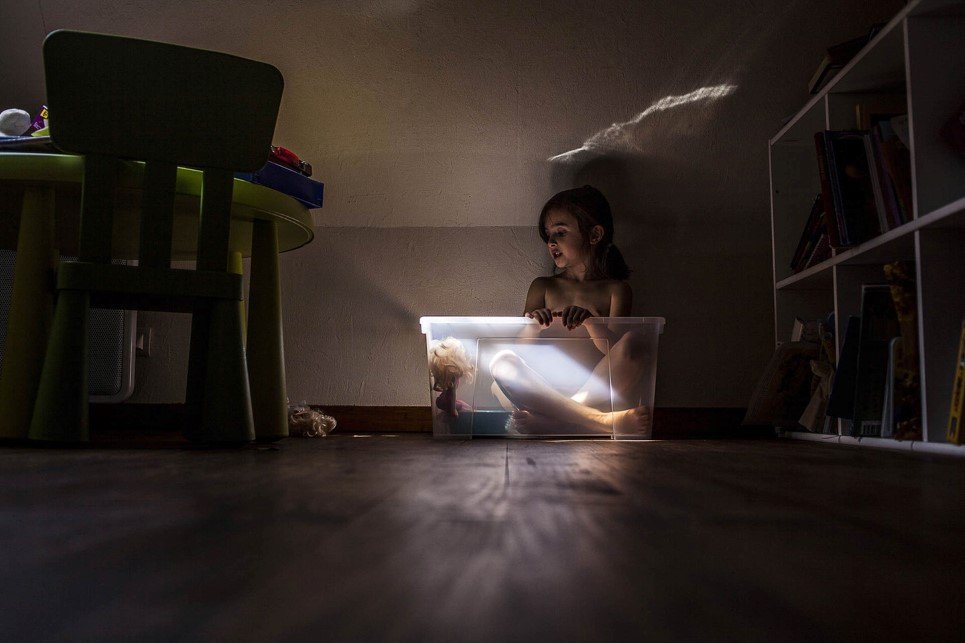 Little discussion with a doll in a plastic box, not inherently beautiful. But with this slice of light, it looks like a bubble invented to dream in an imaginative world.

I was taking photo with my nephew, the storm came and I caught this beautiful moment in Turkey.

17. Zebras and the Rim of the Crater 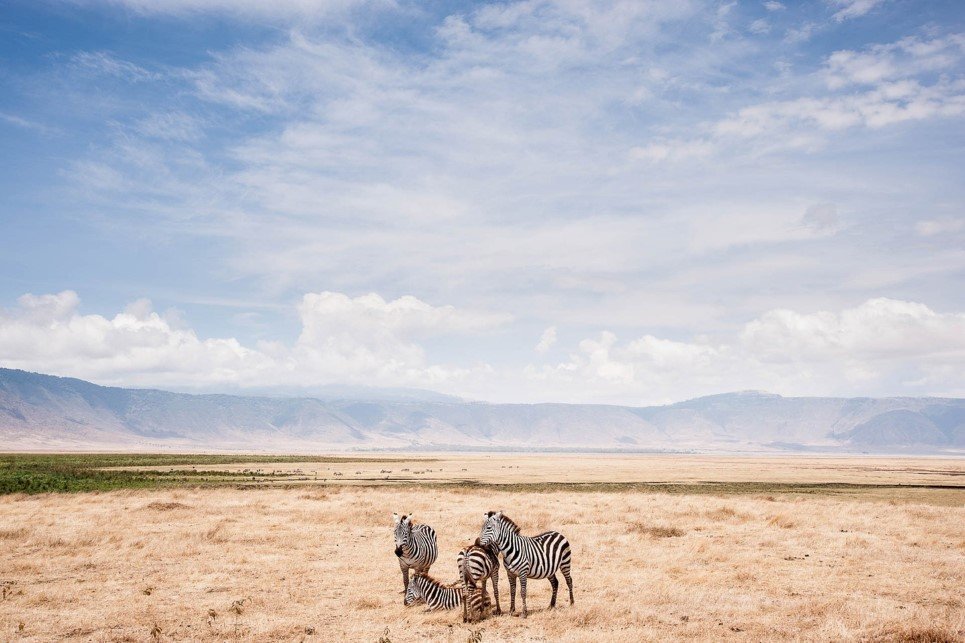 Ngorongoro Crater, Tanzania, is the world’s largest inactive volcanic caldera. It is a collapsed volcano that harbours a range of African wildlife that live in relatively close proximity and competition of each other. Zebras are amongst the most common animals in the crater along with wildebeest, gazelles, hyenas, and lions. On a clear day, a 360 degree view of the crater rim can be seen whilst being inside. 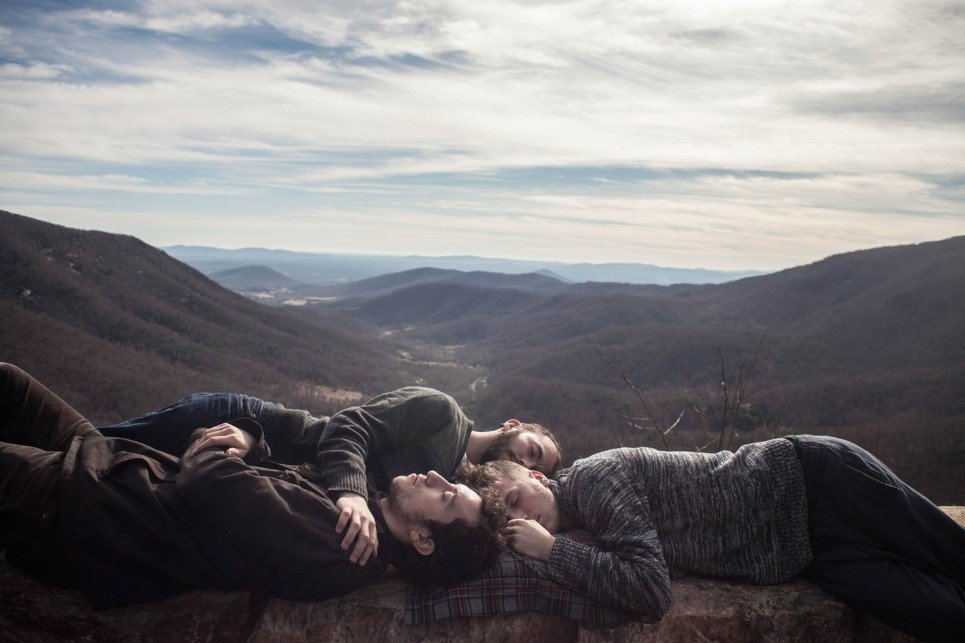 Our road trip down to Miami traversed this outlook on the Blue Ridge Parkway. We rested on this ridge overlooking the mountains. Though we argued consistently throughout the journey, here we were reminded of our brotherhood.

Year In Review; 22 Companies That Changed Their Logos In 2014