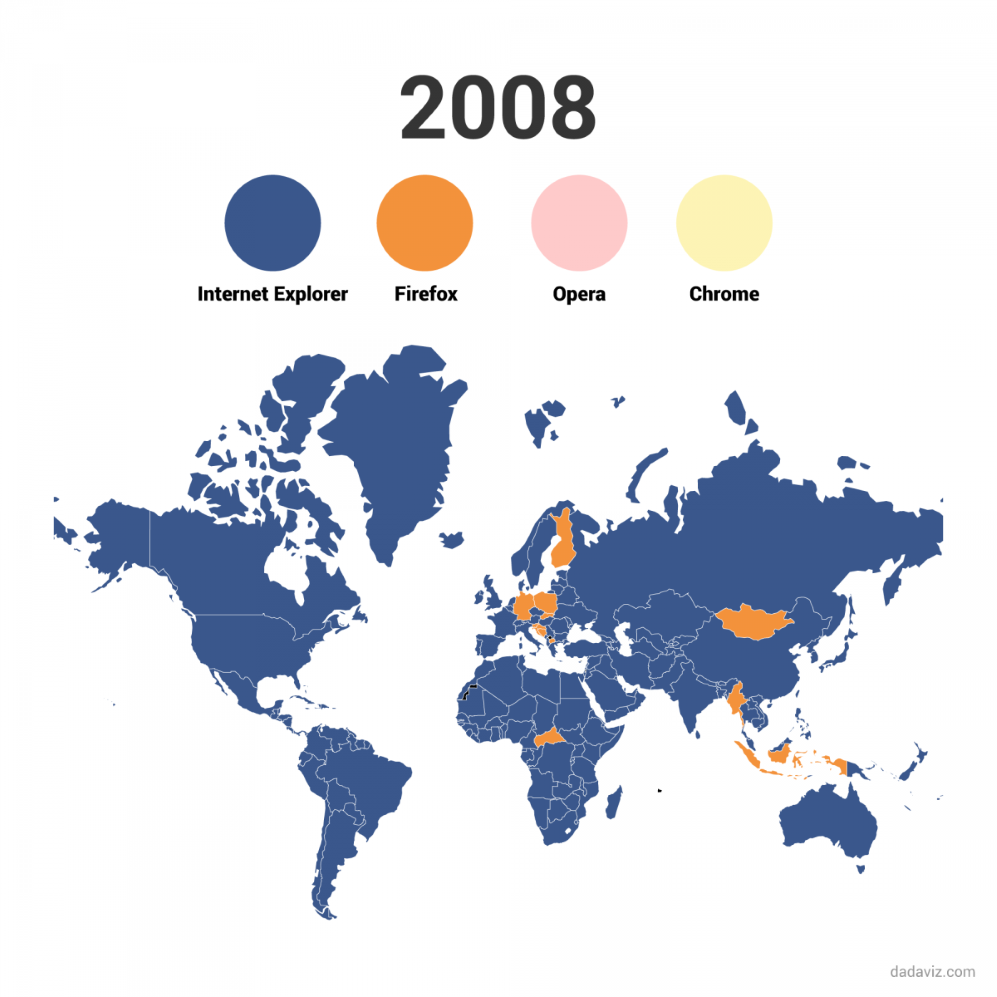 Remember the time when Internet Explorer was every teen’s best friend? The most popular web browser during the early era of desktop computers has now been reduced to jokes on the social media. However, this transition did not come as quickly as we might remember it to be.  Jody Sieradzki from Dadaviz show, created a series of maps showing the popularity of web browsers from 2008 to 2015.

Trends from 2012 to 2015 depict the sudden bloom of Google Chrome as the most used web browser. It seems like the dominance war between the web browsers have finally reached its end with Google Chrome emerging as the ultimate winner.

On a lighter note, the map of 2014 shows an interesting guest appearance by Safari in an area which seems like Greenland and the spectators are left to wonder where it came from in the picture.

Internet Explorer ruled the world back in 2008.

Opera took over eastern Europe in 2009. 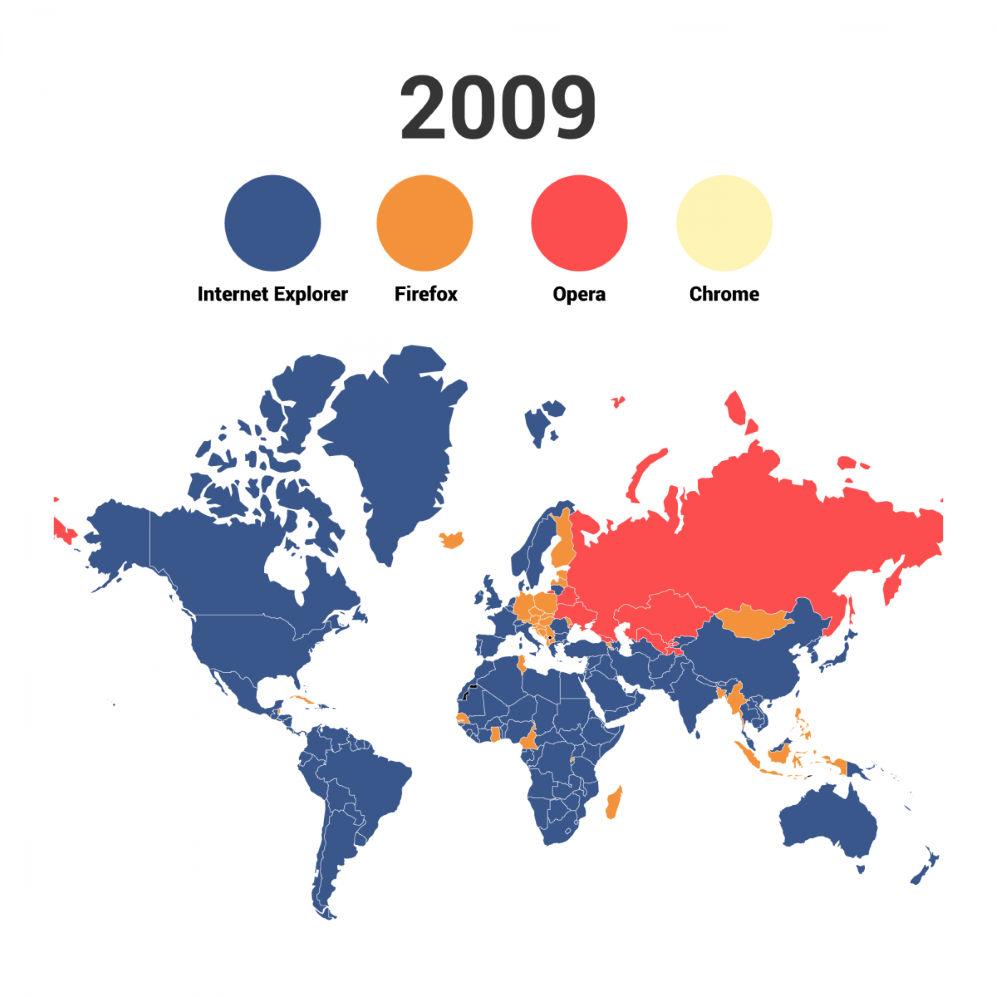 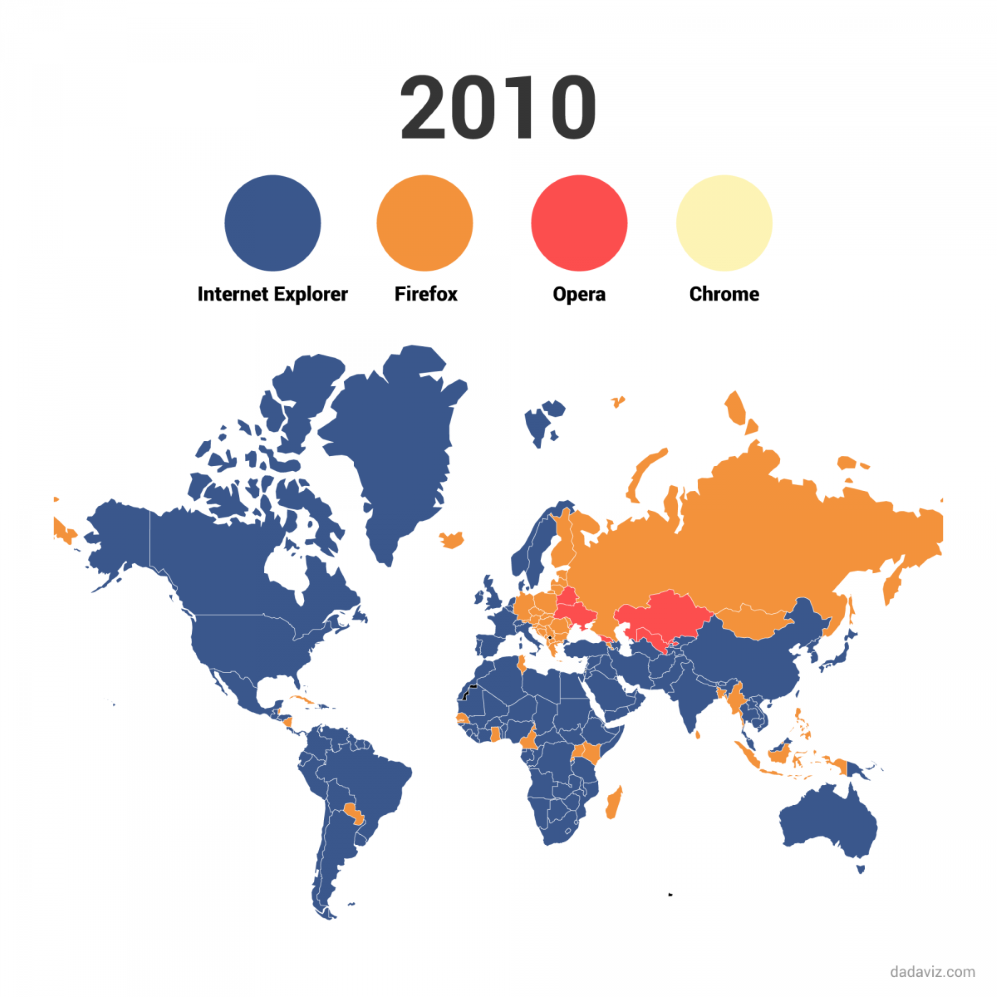 This mobile home lets you travel the world without… 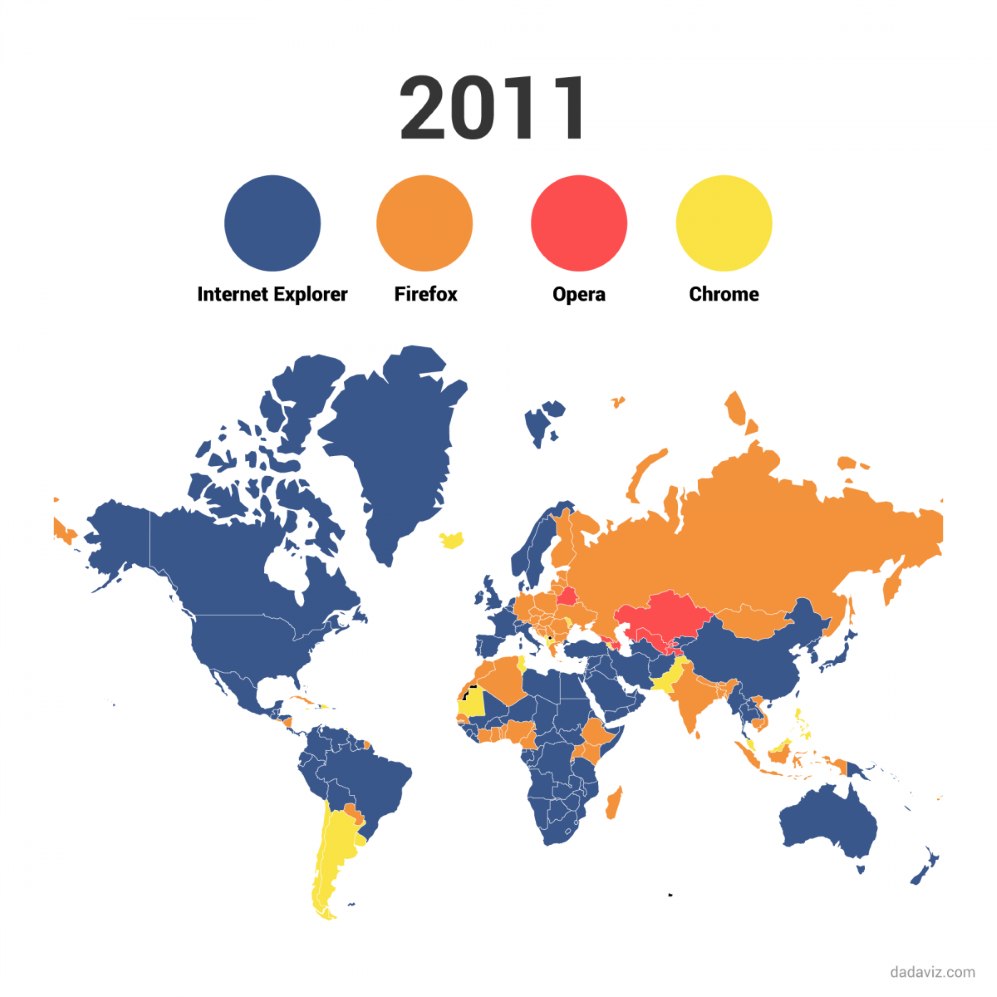 Chrome, Firefox, Internet Explorer battle it out for global dominance 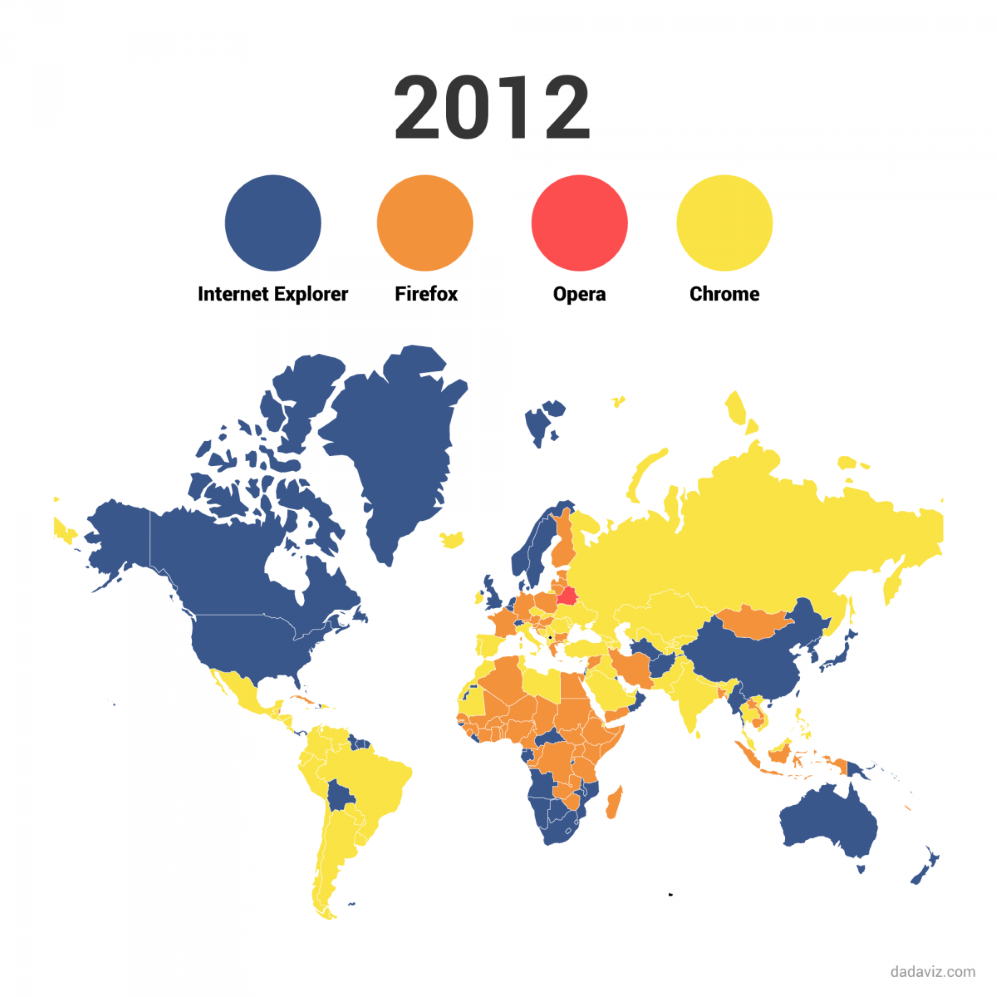 Well hello there! Safari surprisingly took over Greenland in 2014. 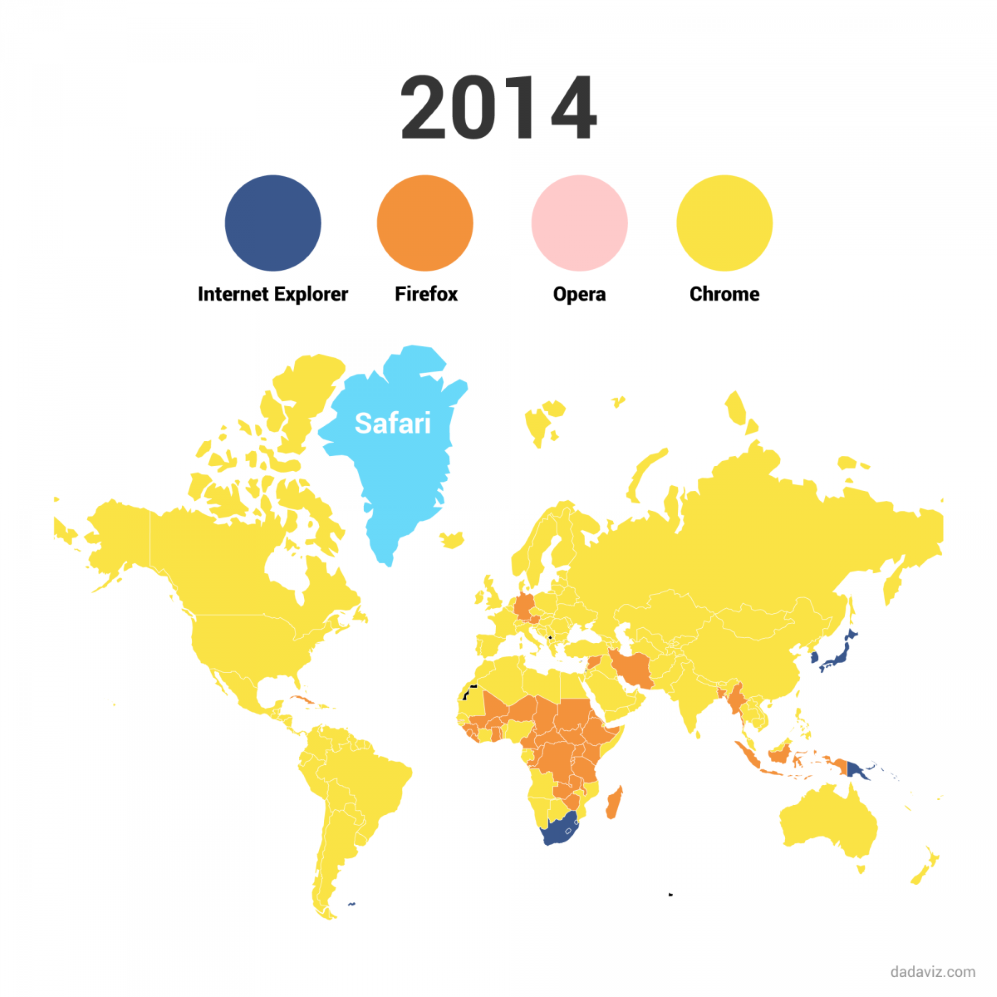 Year 2015! The whole world submits to the might of Google Chrome and since then chrome has been controlling the entire world. 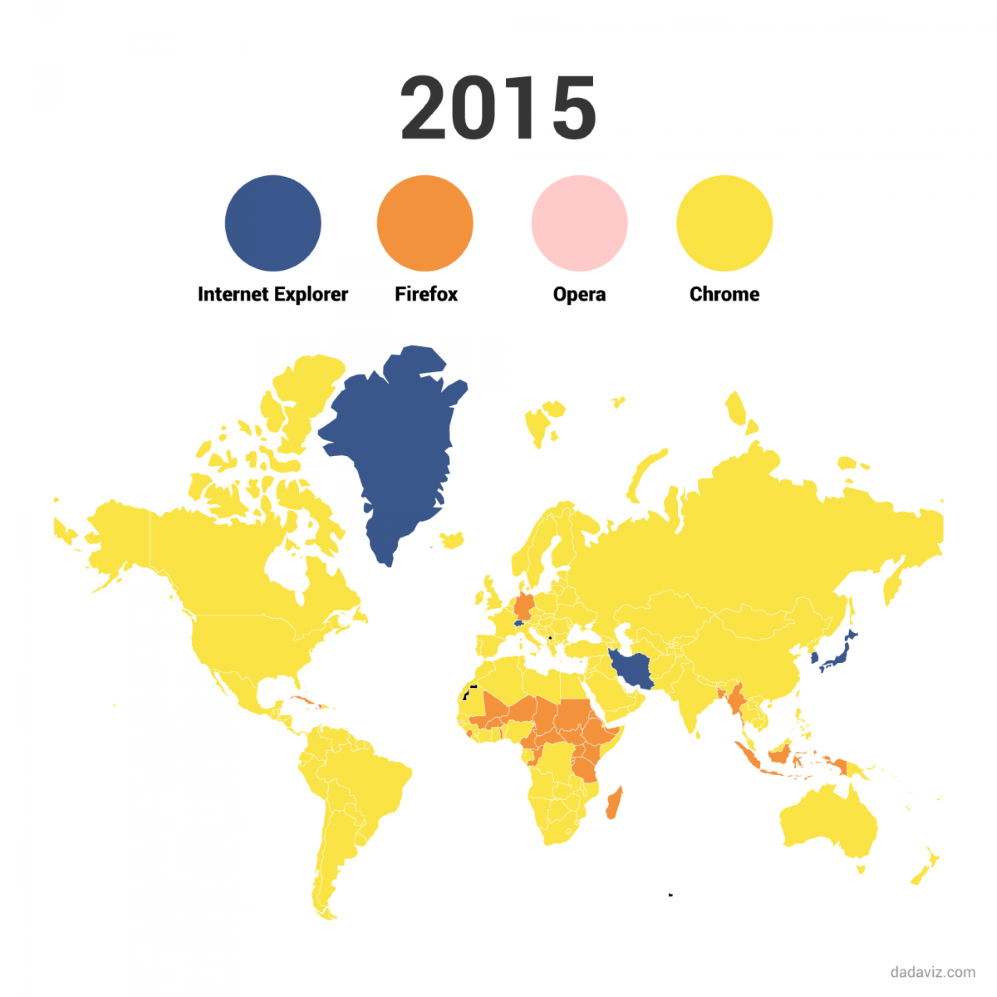