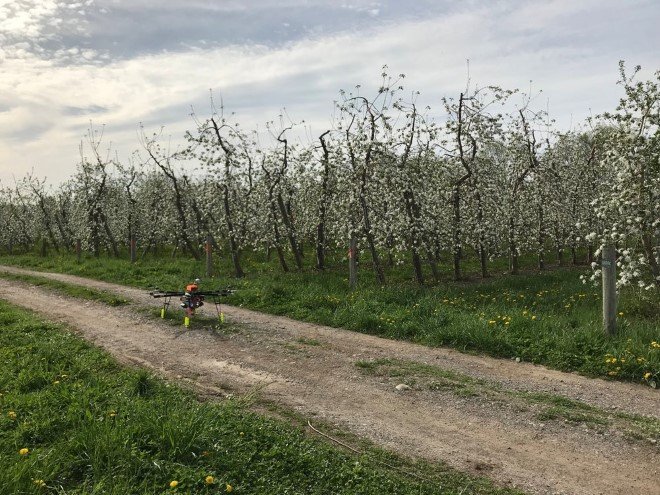 Bees are a reliable source for plant pollination. However, it is a well-known fact that due to natural and anthropogenic reasons, bee populations are drastically dropping worldwide. This means the food chain is under jeopardy. So, what do we do if bees can’t perform?

Not only that, declining bee populations isn’t the only issue. Bees are unable to perform in highly windy areas or in extreme temperature zones. This causes pollination rates to suffer and results in low yields causing an increase in staple food items such as fruits, nuts and vegetables.

Operating out of San Francisco and New York City, this company believes that UAVs are the solution to the pollination debacle. The startup has been carrying out tests across almond, cherry and apple crops around the United States and claim that the results are quite impressive.

Dropcopter’s drones are fully autonomous and programmed to glide over patches of crops and drop pollen onto them in large amounts. Although this process is not as adept as natural bee pollination-since bees are born for the job, it is still a temporary solution until we come up with something that works like the bees.

Furthermore, it also lacks precision like the bees as they visit each plant individually, shake the pollen out of them, and carry it to multiple plants and drop the pollen off with great accuracy. 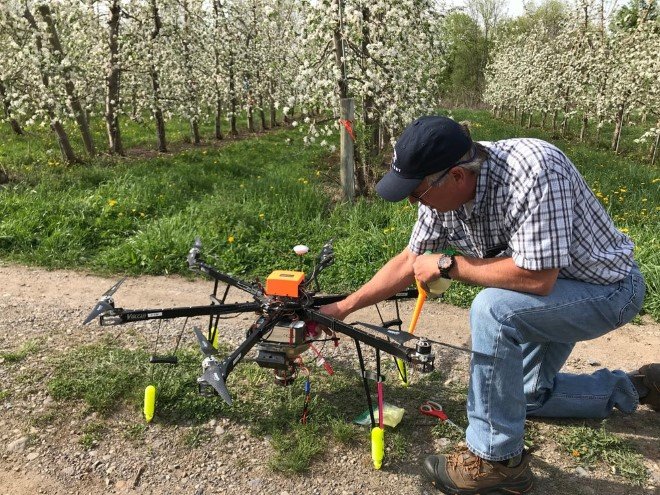 Dropcopter’s method is similar to the way grasses pollinate and reproduce; sprinkling the entire area will large amounts of pollen and relying that a tiny amount might land on the right spot. This might cause allergy prone people some problems.

Nonetheless, these are desperate times. Testing continues to increase yield of crops under various situations. According to the company, while there was an increase in yield of cherries, almond yield only increased 10 percent. In order to increase the yield, the startup also ensures that they go about their pollen bombing after the bees have done their job. Otherwise, seeing scattered pollen might lead the bees to become used to the plentiful food source and not do their job at all!

Given that, Dropcopter continues to seek further investment to improve its product, it may be a ray of hope for plants as they will be able to perform well in any drastic weather conditions.