‘Laser weapons are powerful, affordable and will play a vital role in the future of naval combat operations,’ said the chief of naval research Rear Adm. Matthew L. Klunder in a statement.

The system is 30 million times more powerful than a laser pointer which is capable of targeting mounted weapons systems on fast-moving boats, destroying drones and helicopters in mid-air. 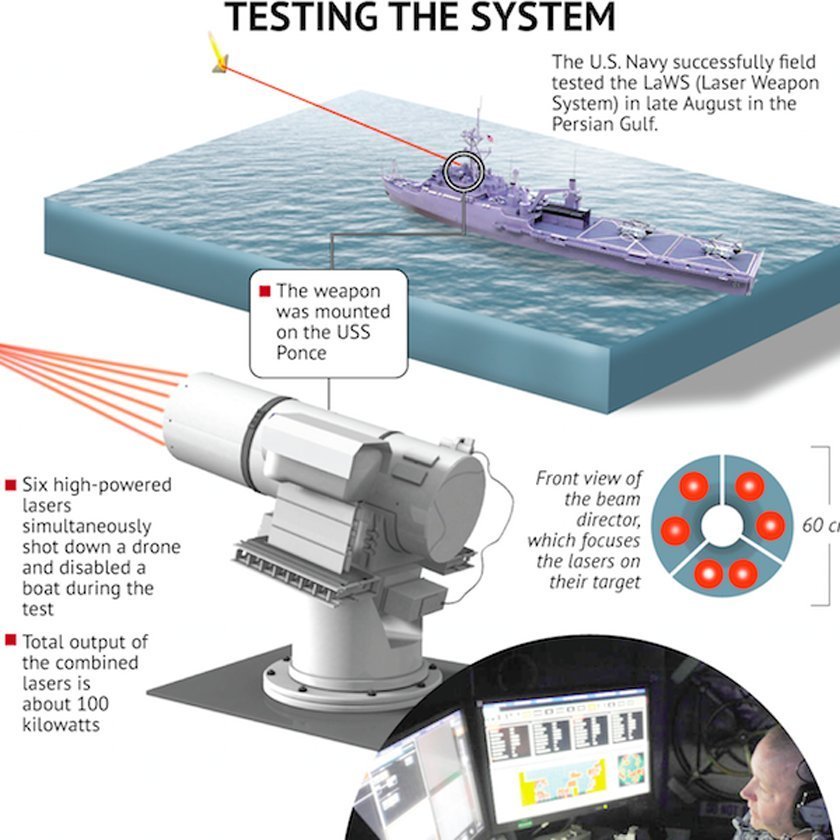 The Office of Naval Research (ONR) released the video of the Navy testing this unique laser weapon. The system performed flawlessly under various weather conditions while successfully taking out moving targets including small boats and UAVs. The laser is directed with a video game like controller to target the incoming threats.

These geometric pools by the ocean are the best option for…

The Navy says the laser weapon is safer than conventional arms that use propellants and explosive warheads, and more cost-effective. At less than a dollar per shot, there’s no question about the value that LaWS provides. 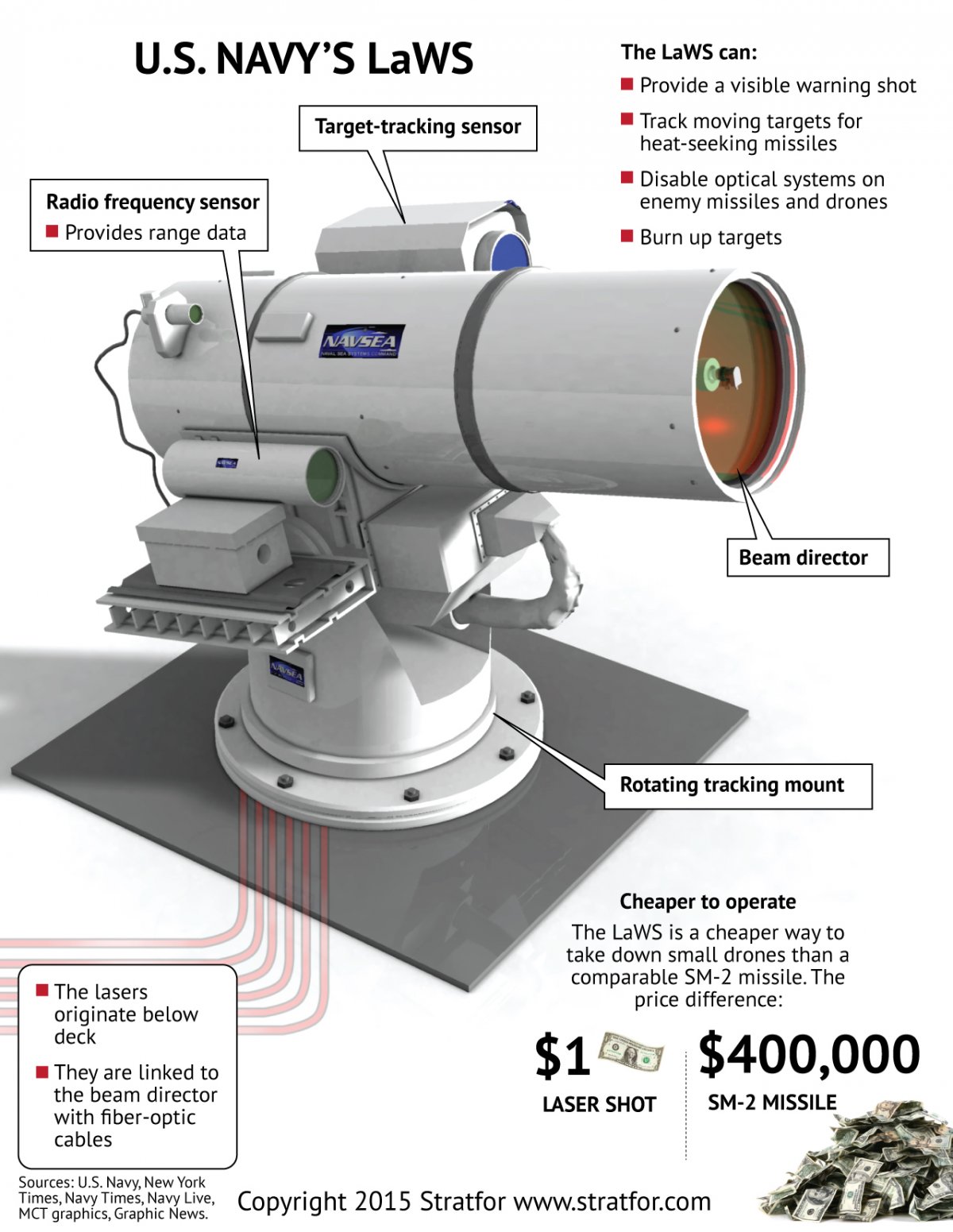 The Office of Naval Research hopes to be testing the 100 to 150 kilowatt versions of this highly-advanced laser weapon by the year 2016 or 2017. Moreover, The Navy also hopes to induct variants of this laser weapon system in the fleet by 2020.

Year In Review: Oxford Dictionaries’ Word of The Year 2014