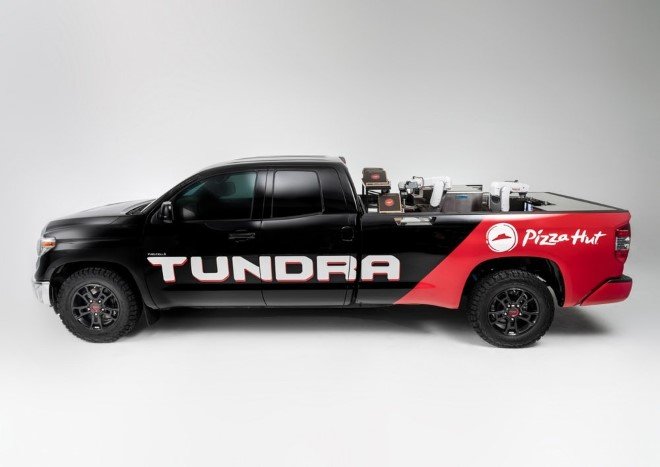 The Specialty Equipment Market Association (SEMA) show often has weird concepts and unique one-off designs to showcase. On this year’s show, following the Toyota’s first blueprint for driverless delivery vans, they flipped the dough by introducing a concept of mobile pizza maker on the back of Tundra pickup truck and some expertise of pie-making from Pizza Hut. The incredible design was unveiled at 2018 SEMA show.

The Tundra SR5 pickup was completely stripped down to its bare chassis, then built again by reassembling some parts and replacing others. Nachi Robotic Systems integrated its cutting-edge robotics to provide the computer-guided robotic arms. The Toyota Tundra pizza maker can genuinely make a pizza from scratch. These trucks not only make and deliver pizzas in the blink of an eye, but they are also zero-emission trucks. The conventional gasoline-powered drivetrain of the Tundra has been replaced by the new generation hydrogen fuel cell system out of the Toyota Mirai. Thus making it an eco-friendly vehicle. 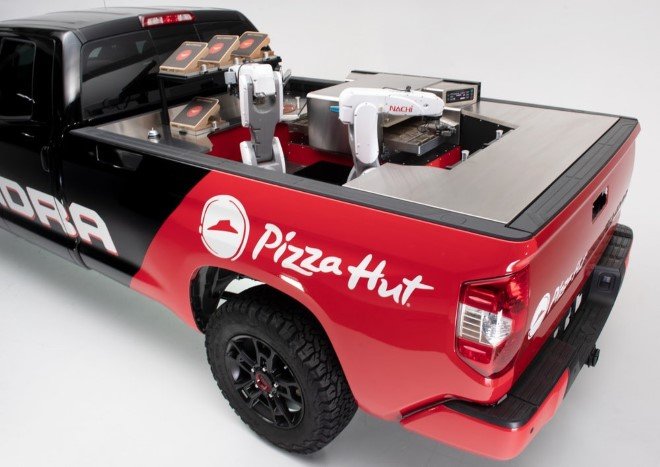 Undoubtedly, the Tundra Pie Pro is the future of the pizza delivery. A unique truck bed is installed and converted into an open-air kitchen. When a user places an order, a pair of computer-guided robotic arms starts their work. The refrigerator is opened, and the selected pizza is removed from it. The selected pizza is placed on a high-speed conveyor belt and is passed through a ventless oven. Once it is perfectly cooked, the second arm removes the pizza which is then placed on a cutting board, where it is then cut into 6 equal slices. The cooked pizza is then put into a box and delivers it to a waiting customer. The whole process, from the beginning till the end takes only 7 minutes. 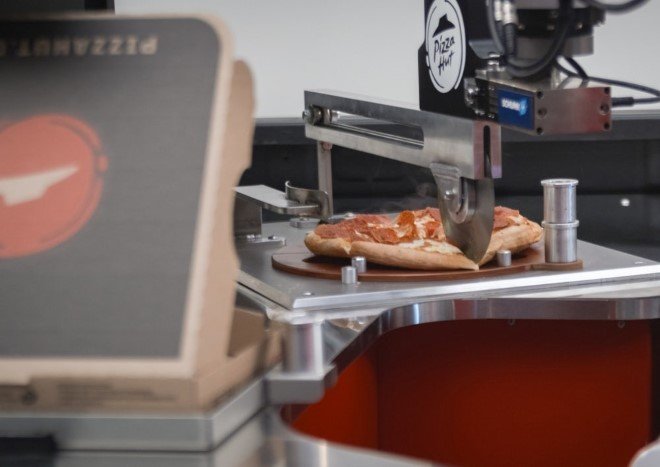 This ambitious project was focused on giving pizzas to the customers in an efficient and faster way that won’t pollute the environment. 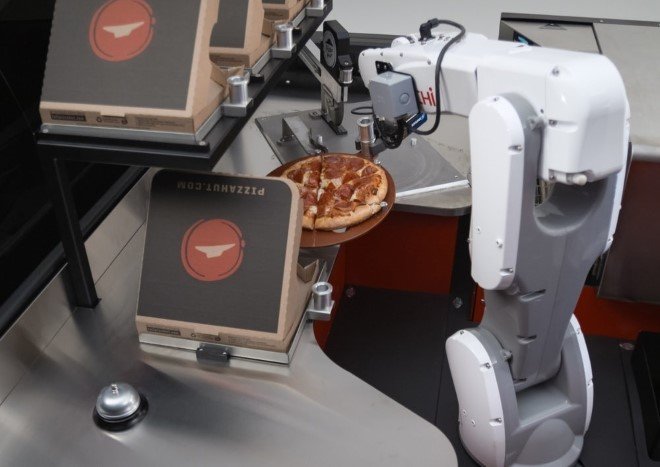 Recent study has found microplastics in human stool around the world