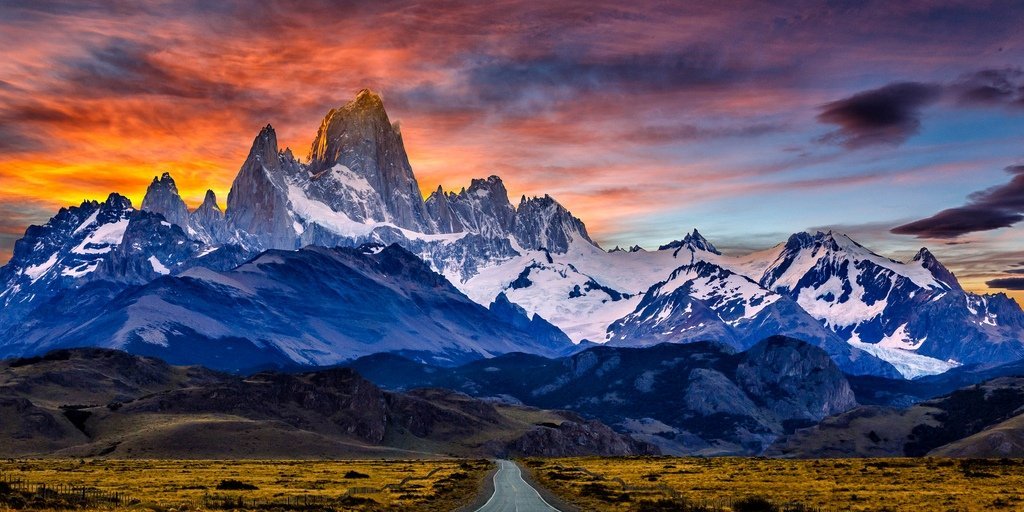 Mountain climbing or mountaineering is a daunting task. Only the brave and bold have the muscles and nerves to accomplish it. Although mountaineering does appear adventurous but side-by-side its life threatening too. Dozens of mountain climbers have lost their lives while scaling some of the highest peaks from around world but these fatalities in no way discourage others from having their take. Drastic weather conditions, steep uphill climb, rockfall, avalanches, all add up to the challenges of mountaineering. Talking about mountaineering and its challenges let’s have a look at the top 10 most dangerous and killer mountains that are difficult and deadlier to climb.

Eiger is the tallest peak of crest ridge covering some 4,158m, from Monch to Jungfrauin in the Swiss Alps. It is 13,020 feet (3,970 meters) tall. Eiger was first summited in 1858, but no one could climb through the north face until July 24, 1938 due to its steep ascent and gradual rockfall. Along with that, heavy snowfall, fog and uncertain weather also makes it really hard to climb up this peak. Since 1935 at least 64 climbers have perished on the north face, earning it the nickname Mordwand (“Murder Wall”).

Mount McKinley is the highest mountain peak in Alaska, North America, with a height of 6,168 m (20,237 feet) above sea level. People of Alaska have named this mountain as “Denali” meaning “The Great One”. Due to drastic weather conditions the success rate in scaling Denali is around 50% and about 100 climbers have lost their lives while trying to conquer the mountain. The mountain is likely to experience earthquakes too.

The highest peak on the face of the Earth, “Mount Everest” rises 8,848 metres (29,029 ft.) above sea level which is located at the border of Nepal and Tibet, China. The overcrowding has made Mount Everest undeniably dangerous with 700 people a year now reaching the summit. Because of extreme weather conditions, low oxygen and extreme cold temperatures more than 200 mountaineers have died on its slopes.

Located on the border between Switzerland and Italy, the 4,478-metre Matterhorn gives the appearance of a horn or a pyramid with four triangular faces. The first climbing which took place in the year 1865, resulted in misadventure when 4 of the people fell to their deaths while climbing down. With technical difficulty, the frequency of rockfall and avalanches, The Matterhorn has one of the highest fatality rates of any peak in the Alps.

Monte Fitz Roy in the Southern Patagonian Ice Field in Patagonia, on the border between Argentina and Chile. This spectacular Patagonian peak is sometimes only conquered just once, or not at all, in an entire year. Mountaineers must overcome sheer granite faces, while weather, and Fitz Roy’s relative isolation, can also pose major problems. It was first climbed in 1952.

Photograph captures the ephemeral nature of ice in stunning…

Nanga Parbat is the ninth highest mountain in the world located in the Gilgit-Baltistan region of Pakistan. Sitting 8,126 metres above sea level, Nanga Parbat is also known as “Killer Mountain” or “The Mountain of Devil” as dozens have died trying reaching to the top. Nanga Parbat consumed around 31 lives before it was conquered by Austrian-German expedition in 1953. The fatality rate of the mountain is around 5.5 percent.

Mont Blanc connecting the border between France and Italy, is the highest mountain of Western Europe. Mont Blanc means “White Mountain” which rises 4,810 m (15,781 ft.) above sea level and is rank 11th highest peak of the world. It may not be as challenging as the Himalayan giants but has claimed up to 8,000 lives to-date.

Sitting on the border between Nepal and the Indian state of Sikkim, Kanchenjunga is the world’s third highest mountain at 8,586 metres. The risk of avalanches and extreme weather makes it a “Killer Mountain” as around one in five die attempting to scale it. While modern technology has generally made mountaineering a far safer pursuit but contrary to that the fatality rate has risen upto 22 percent in the recent years.

It is the second-highest peak of the world located in Pakistan’s Karakoram Range. With a peak elevation of 8,611 m (28,251 feet), K2 is the highest point of the Karakoram Range and the highest point in Pakistan. K2 has the second highest fatality rate of 23.2 percent for every four climbers that reach the top, one dies trying. Therefore, K2 is also known for its name “Savage Mountain”. The first successful attempt was made in the year 1954. It was not conquered again until 1977 the expedition was led by Japanese team that used more than 1,500 porters.

Annapurna is the 10th highest peak of the world located in Himalayas of North-Central Nepal measuring 8,091m (26,545 ft.). Annapurna was first climbed in 1950 and since then fewer people (60) have lost their lives in trying to do so. However, on the other side only 157 mountaineers were brave enough to attempt to climb to the top, giving Annapurna the highest fatality-to-summit ratio i.e. 38 per cent of any mountain over 8,000m.

YOU MAY ALSO LIKE: Ten Most Deadliest and Destructive Earthquakes Since 1900

New Year’s Eve Snapshots from around the World