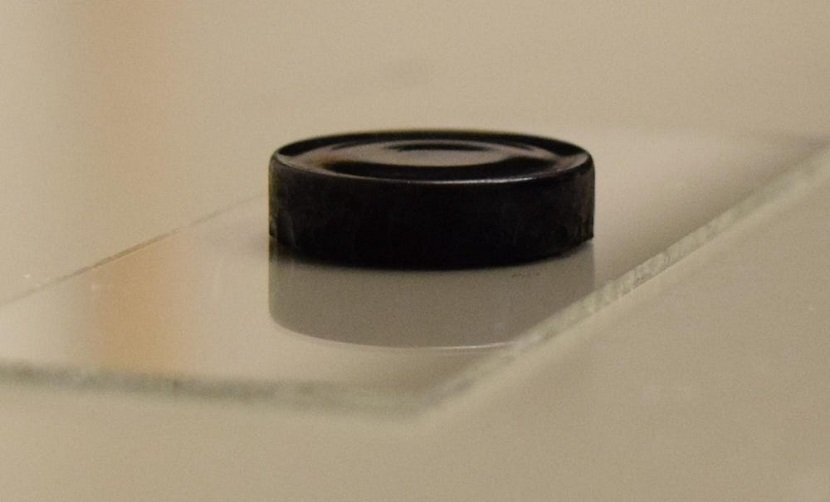 Firefighters do one of the most dangerous jobs in the World, where they risk their lives and often go into an environment that is dark, and smoke-filled. To make a difference in such situations, an international team of scientists have developed a new motion-powered wearable sensor.

The size of this device is of a small battery and is made up of a new carbon aerogel nano-composite. The material used in this inexpensive device is fireproof and can withstand extreme temperature of at least 300 degree Celsius (572 degrees Fahrenheit). Another interesting feature of this device is that it serves as a triboelectric generator which harvests electricity from friction produced by the movement of the wearer. It can lead up to 80 V, and a current density up to 25 µA/m2.

It can either be worn on the arm of the jacket or at the sole of a boot, thus keep producing the electric current. The crew members can know about the location of the wearer with the help of a nanoantenna that comes built-in with the device. If their team member stopped moving for an extended period or become incapacitated, then the device will not produce current, and would also cause the signal to cease. It would let the crew outside the burning structure know that their help is required inside.

According to Ravi Selvaganapathy, a McMaster University’s Professor who is overseeing this project said that the location of the firefighter could be accurately predicted using triangulation in which many receivers are positioned around a building. A research paper is also published in the Journal Nano Energy. It involves scientists from McMaster University, UCLA and the University of Chemistry and Technology Prague as well.

Along with the firefighting, the applications of this device can be in oil drilling, self-extinguishing clothing, and also in places where working in extreme temperature environments with flammable and combustible materials is required.