This map reveals the most common surnames used in every country of the world! 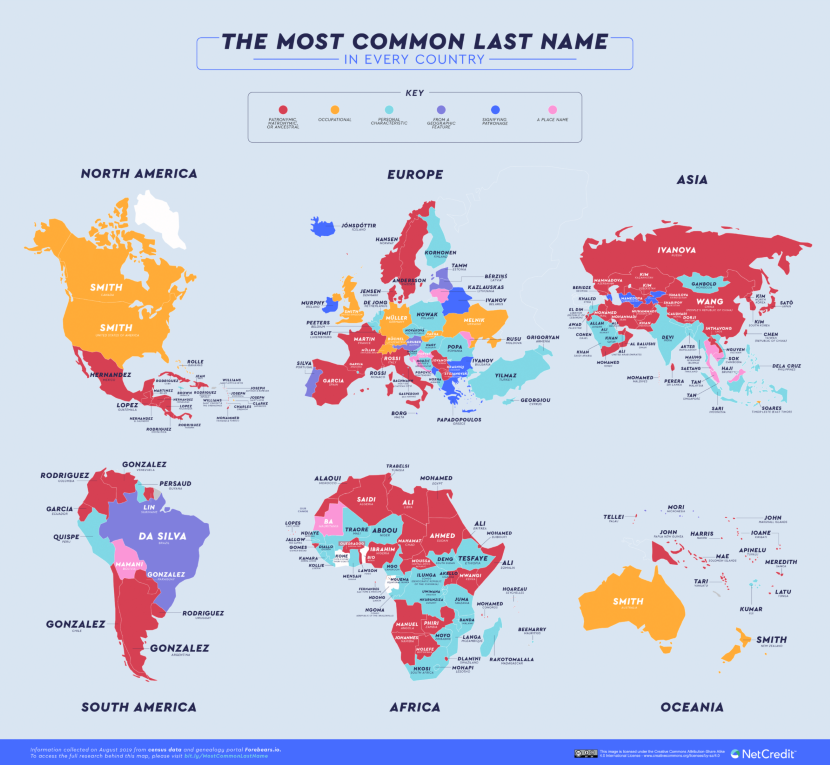 Did you know, it is believed in a lot of cultural mythologies that the first names of children impact their personalities significantly? The first name can reveal a lot about your personality traits however, your surname can unfold much more. Online lending firm NetCredit recently collected the data for surnames used around the world and then extrapolated the information to create a map that points out the most common surname used in each country of the world.

This seemingly absurd survey revealed that surnames generally indicate a person’s ancestral occupation, patronage, location or signifies the person’s personal descriptor or their father’s name. It is interesting to note that the trend which started from China in 2852 BC, primarily to assist census data collection, kept growing strong throughout the Middle Ages even in Western Europe and has become an obvious global phenomenon of naming people. During the earlier periods, surnames used to provide distinction to tell people apart from one caste to another, then from one occupation to another and later on from one colonised territory to another. Hence, if noticed carefully, the last names become a huge tell-tale of human civilization.

The map shows that in the United States, Canada, Australia, and the United Kingdom, most common surname is “Smith”, which was initially used for blacksmiths. In Germany Müller, from the occupation of miller, takes the place for the most usual surname. Meanwhile “Wang”, meaning King in Mandarin, is the common surname among Chinese with approximately 76 million people bearing this name hence the surname gives an ode to the patronage of these people. In India, the surname “Devi” takes the lead with 69 million people having it as their last name.  Whereas, Central America and the Caribbean’s common surname, “Jean” is a reminder of the French colonial system that inhabited in the region from 1697 to 1804. Check out the full map here to learn more interesting facts about peoples’ surnames!

Discover the world underneath the blue ocean on the Blue… 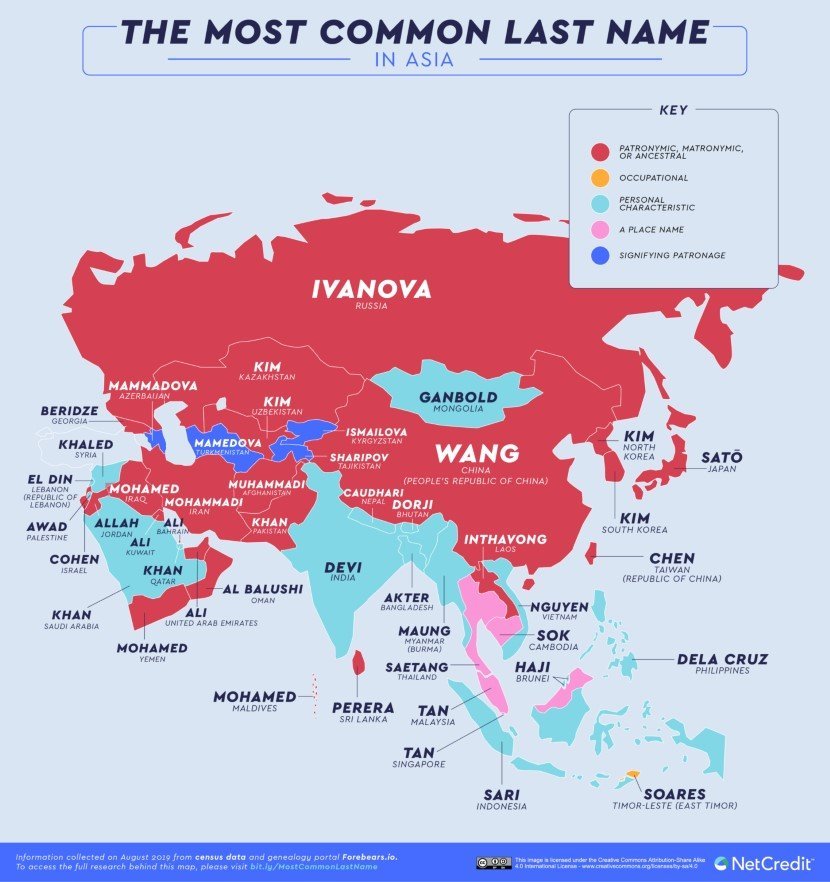 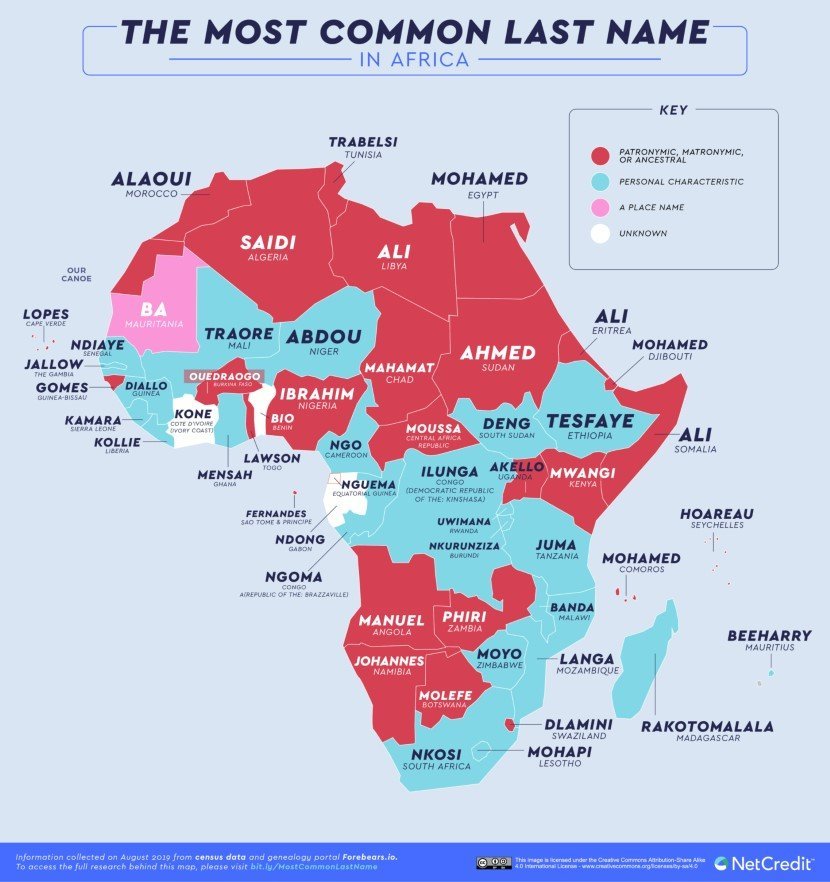 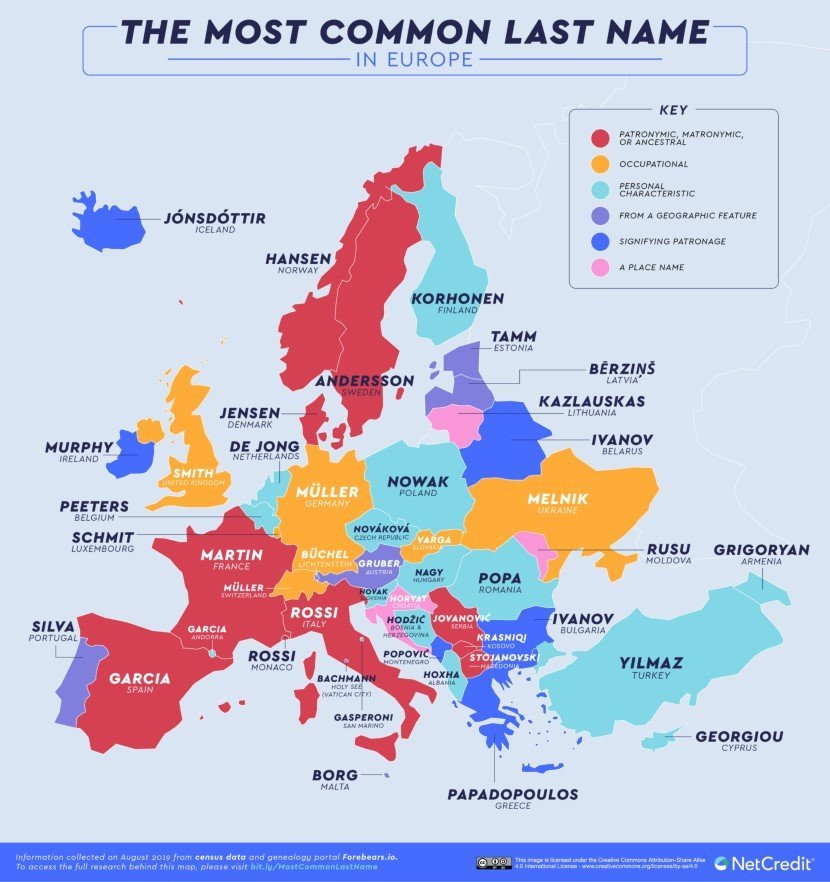 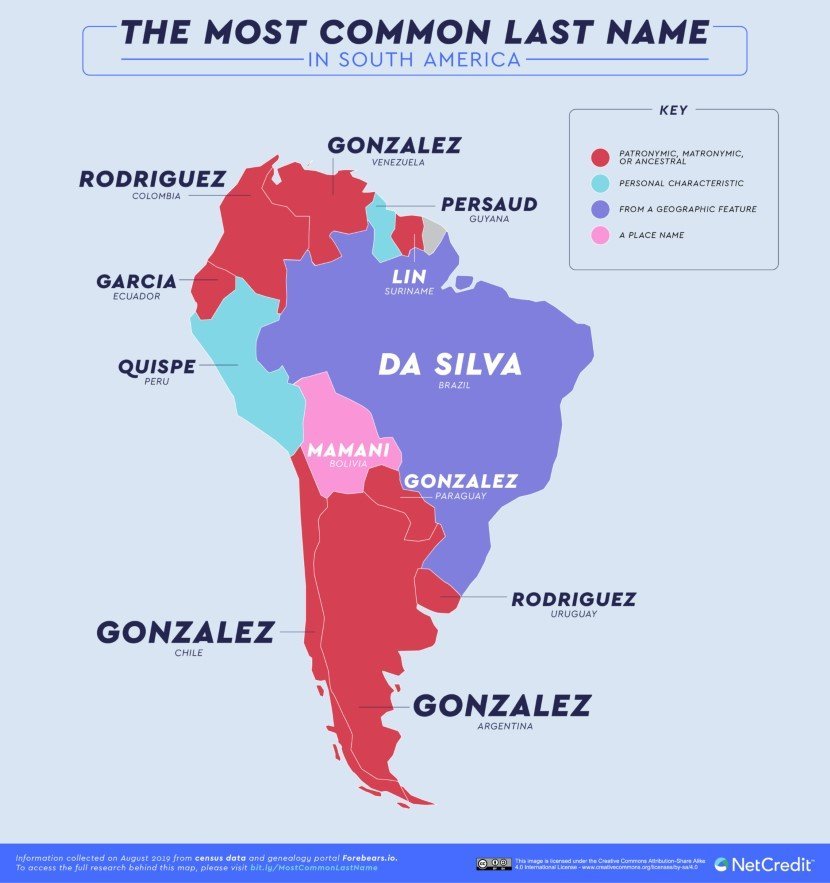 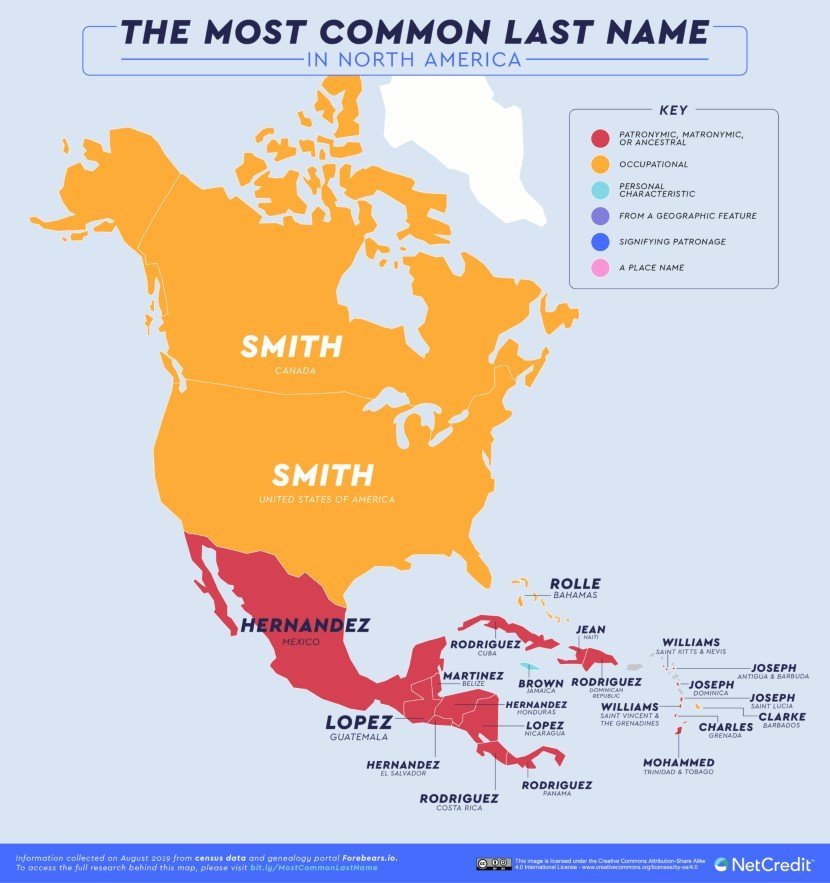 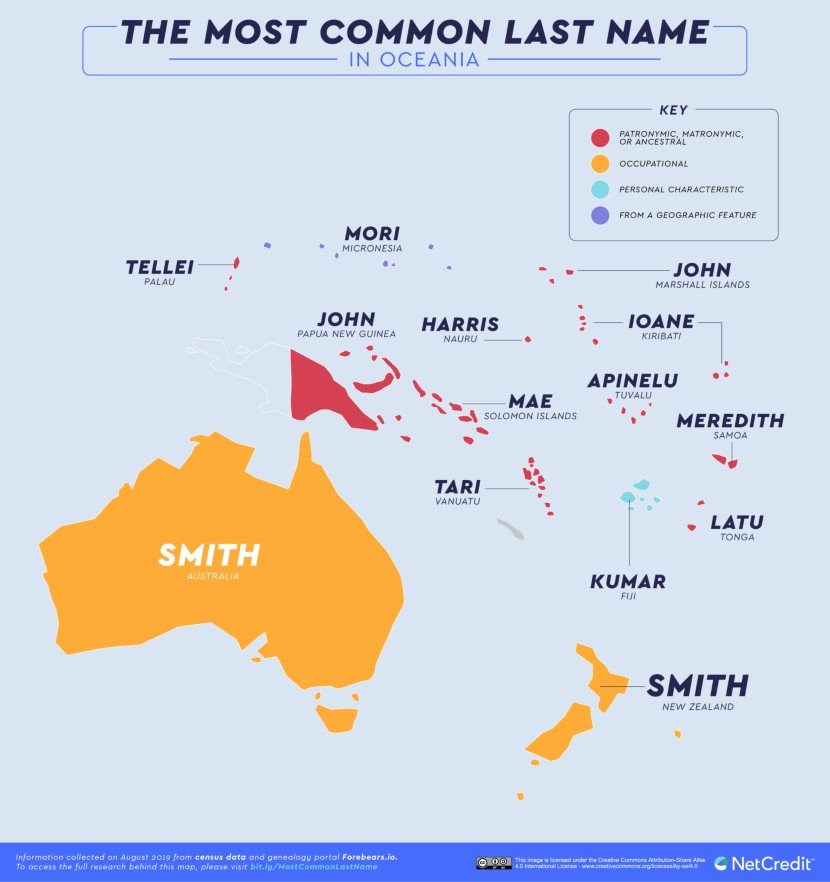 You can see a full-sized image of the map here.

The T9 is a voice-controlled transformer toy that walks, dances and races around the room