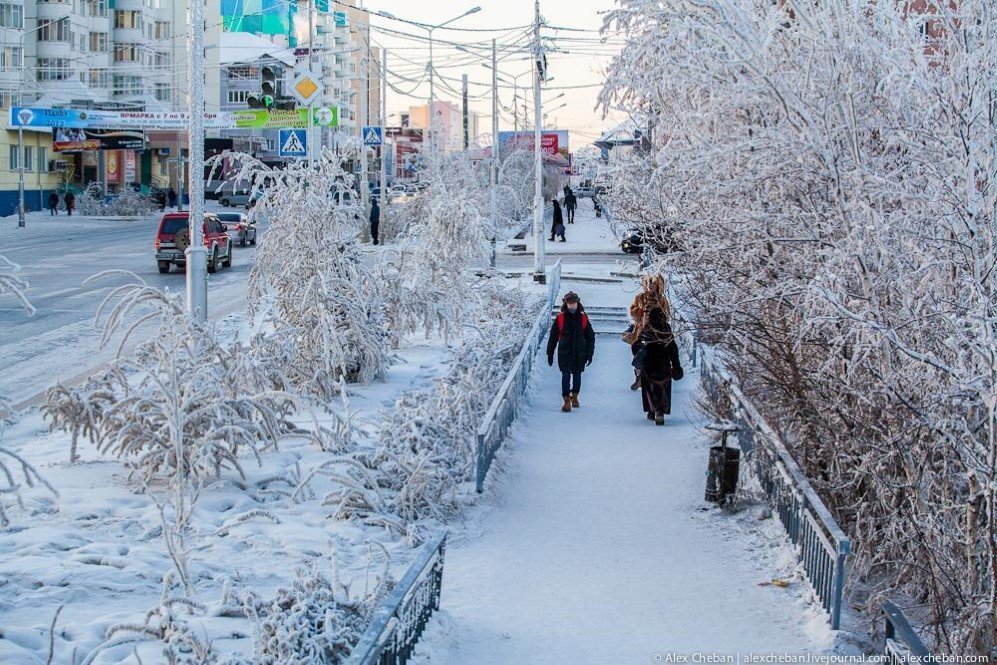 It is winter in most parts of the world and hence a good enough time to pop a pretty valid question; which is the coldest place to live on earth? No need to get anxious because we have the answer right here!

According to the report published by Guardian, the coldest city on earth is a Siberian outpost known as, Yakutsk. The city is 3100 miles away from Moscow, just to give you a hint of its geographical location and has a population of 270,000 people! The temperature here goes as low as -49 degrees Fahrenheit which is further made worse by freezing fog which restricts visibility to just 20 to 30 feet. However, the locals go out to run their errands despite of the unbearable cold since they surprisingly do have to cater to the growing gold, diamond, oil and gas extraction business that this area is known for other than its severe climate.