These solar panels roll out like a carpet and can be deployed literally anywhere with absolute ease! 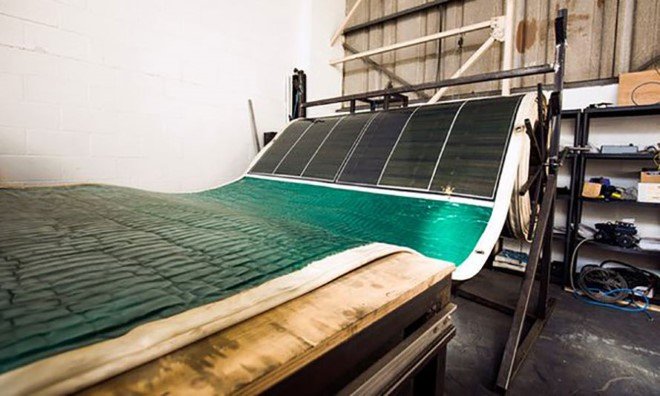 Imagine if you had to live without electricity for a day. No refrigerator, no Wi-Fi, no air conditioning, no microwave, no television – would you make it through the day? Most probably yes. Would you be agitated the entire time? Definitely. Imagine all those whose lives that are ten times harder than yours because of the absence of electricity. Depletion of non-renewable energy resources has aggravated the energy crisis which in turn has affected millions of lives.

Fortunately, scientific advancements have enabled humans to harness solar energy. Even though it took 22 hours of man-power to install a standard rigid solar field initially, it takes less than two minutes now. Wondering how? The all new Roll-Array, created by John Hingley and his team at Renovagen, is a high-power photovoltaics array that rolls out like a carpet. It is both portable and flexible, and acts as an instant microgrid that can provide energy in remote areas. 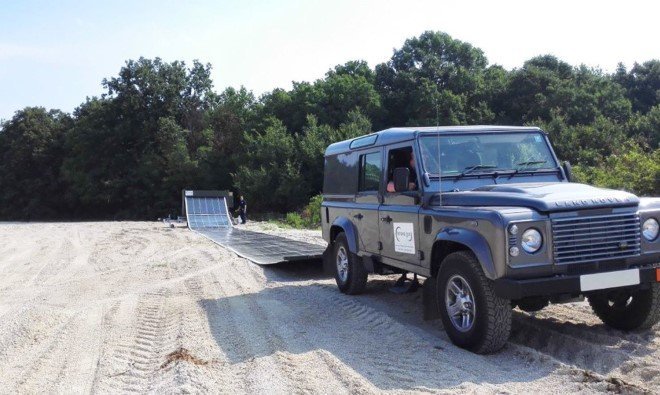 To transport and lay out the Roll-Array, you need a standard 4×4 vehicle, a Land Rover for example. Once it is connected to the rear end of the car, the panels are pulled out of a spool and begin to cover the land in a couple of minutes. According to the website, the panels can generate 100 kWp which is ten times more power than any other transportable solar panels can generate! 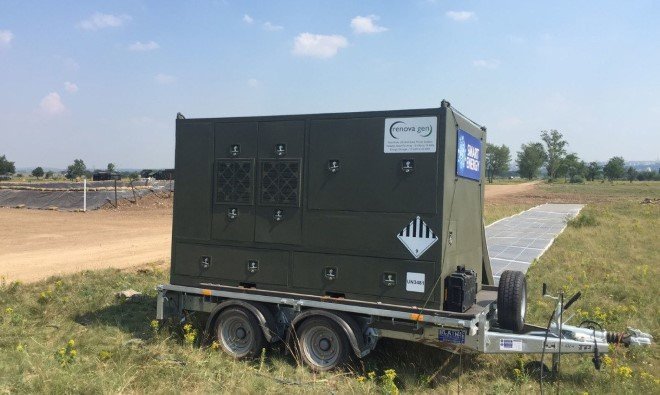 These tiny prefabricated cabins will be your personal deluxe…

The Roll-Array is not only energy efficient but fuel efficient (in terms of transportation) as well. Its ability to be carried by a 4×4 vehicle attached to a small air pallet trailer in tow means there’s no need for large diesel generators. According to Renovagen, these panels can withstand windspeed of 80 miles per hour and just after five minutes of installation, these panels can generate solar power which can in turn be used to charge batteries and inverters. Ideally, the Roll-Array should be used on flat grounds such as military bases or remote camps. Moreover, it can be used in areas hit by natural disasters where transmission lines are often disrupted. 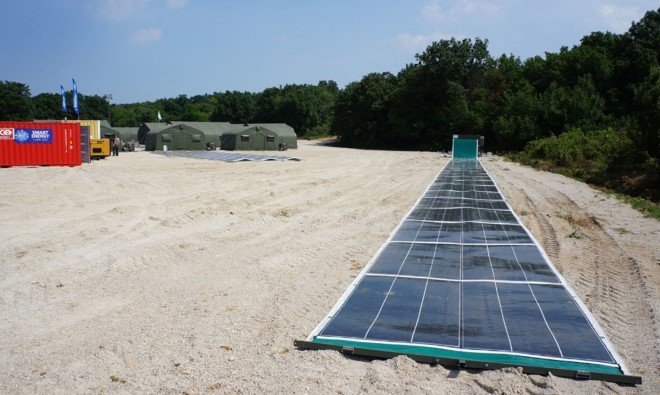 While talking about his latest product, Hingley said, “It is like a microgrid in a box. It has all of the components integrated into it that you need to run a 24 hour microgrid.” Currently, the Roll-Array is on Crowdcube in order to raise funds. We hope all goes well because in these difficult times, we really need to put an end to this daunting energy crisis.

What is Déjà Vu and why it happens? A recent research tires to answer this eerie phenomenon!

Type onto any flat surface with this epic laser keyboard