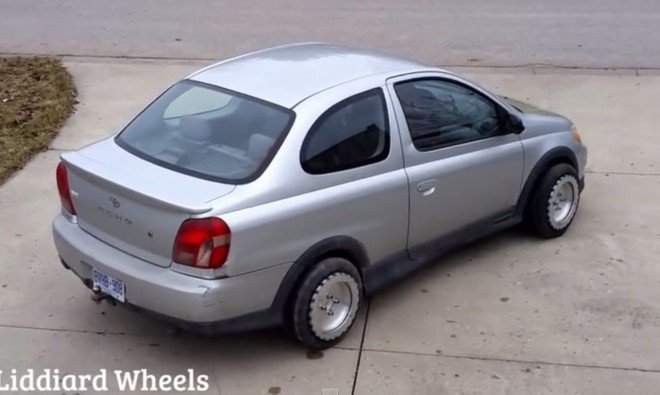 Ever heard of omnidirectional wheels? As the name suggests, these wheels allow you to drive in any direction. Many companies have been playing around with this concept but none have successfully commercialised it.  William Liddiard, a Canadian inventor, recently revealed his own version known as ‘Liddiard Wheels’. According to William, these wheels aren’t confined to a specific car type, hence can be easily bolted onto any car. He further explained that his wheels, composed of regular rubber and functional treads, are robust as they can withstand all sorts of weather and road conditions.

Even though the wheels are in the prototype phase, Liddiard is quite optimistic as he is currently looking for companies he can sell his design to. However, no big company would take the risk as the product needs a lot of improvements before it can be used commercially. Apparently, these wheels have a 24,000-pound torque/rotational force which is quite unbelievable as this value is more than a tank’s rotational force! Many were sceptical about this claim and so Liddiard confessed that he had made an error – awkward.

Guess we won’t be seeing these omnidirectional wheels anytime soon despite Liddiard’s efforts!