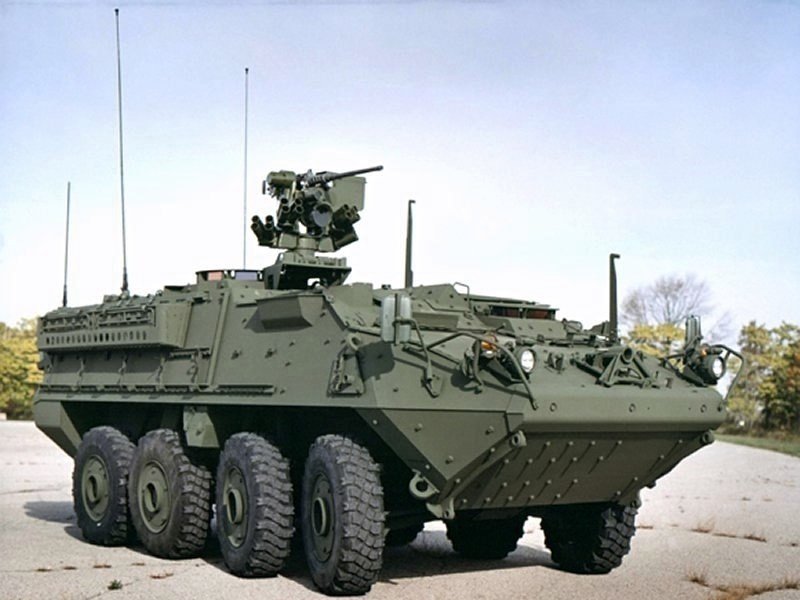 Army planners identified this new Stryker vehicle with the ability of an interim armored vehicle and now a medium armored vehicle. For the last three decades, the Stryker Family of Vehicles has managed to empower all global operations worldwide. In June, fielding for the third generation of Stryker vehicle platforms began in Colorado at Fort Carson, which marked a momentous occasion.

Currently, the Army possesses nine Stryker vehicle brigade combat teams, seven of which are part of the active component and the other two, part of the National Guard. 20 of these have been deployed, with over 30 million combat miles and 57.1 million total fleet miles.

The Double V-Hull design of the Stryker Vehicle

Initially, the first design of the Stryker vehicles given to the U.S. Army included a flat bottom design. After a little while, this design was altered to fit the specifications of combat, into a “Double V-Hull”. These Stryker vehicles then became a part of the Army inventories in 2009. The third of this kind was specified as DVHA1.

“The DVHA1 offers substantial improvements in mobility, power, and network interoperability,” Venable explained. “It has got a larger horsepower engine and improvements in suspension and larger tires, giving it greater ground mobility. It has got a much larger alternator for power generation. And it’s the first vehicle that has a built-in and integrated vehicle network that will make us fully compatible with the Army’s future Integrated Tactical Network.”

2nd Brigade, 4th Infantry Division was asked about the ongoing fielding of the DHVA1 vehicles and they added that General Dynamic Land Systems had done an amazing job. General Dynamic Land Systems are the industry partners of the Army and started the fielding 2-4 Infantry at Fort Carson. Even though the looming pandemic threatened regular activities, they still managed to conjure a workforce and deliver the vehicles right on time.

Additionally, Venable also pointed out that there are several hundred Stryker-based NBC Reconnaissance Vehicles that have been fielded to the army. However, it is possible that the Mobile Gun System could see some changes.

In November, 2020 there a decision had to be taken on the future of the flat bottom vehicles. One of the options that could be a part of this change is that a gun can be integrated into the DHVA1 chasses. It is more important to understand the purpose of each vehicle in order to optimize results.

Currently, it can be observed that the capabilities of the Stryker vehicles may be overlapping with the originally intended purpose of the system. This is why it is possible that the direct fire 105mm cannon can be reexamined and replaced.

Once the Army had gone through and extensively researched everything they learned from the Dragoons, they have been on the path of expanding the Stryker vehicle as a much bigger part of the fleet. In February 2019, information for industrial capabilities was requested to integrate the medium caliber weapon system onto the Stryker DHVA1. 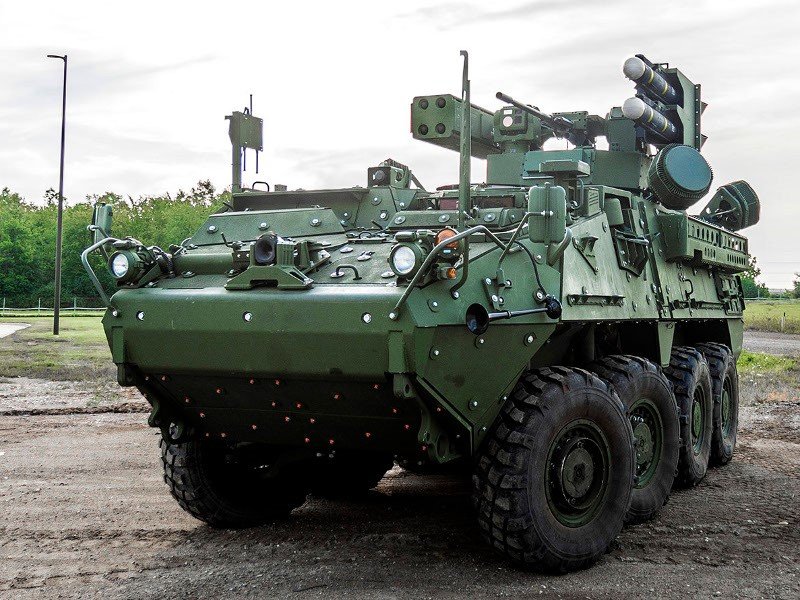 The industry responded positively in return and this led to the May 2019 award of multiple design integration study contracts for the Stryker Medium Caliber Weapon System lethality program where the Army has ordered to upgrade three of its combat teams.

It was established that six teams were given the development contracts under phase 1, and later reported that some competitors dropped out of the program. Venable also informed that he was technically not allowed to reveal how many teams were a part of the source selection of the competition.

According to the current schedule, source selection was to be carried out at the end of 2020 and evaluation will be done before the contract award in March/April 2021. The original Dragoon program upgrades were achieved at Anniston Army Depot, Alabama but the location for the new efforts has not yet been determined.

“We also are upgrading the anti-tank guided missile system, the TOW missile system, and we’re putting the Javelin missile ‘under armor’ with our ‘CROWS-J’ update,” Venable explained. The Army is currently updating the Remote Weapon Station to the CROWS system which will be able to fire the Javelin.

CROWS-J has been re-entered for developmental testing

Both of the CROWS-J and the anti-tank guided missile systems have entered the important test phases. The future of the 105mm MGS can be affected by the ongoing lethality upgrades. The anti-tank guided missile system is now a part of ongoing preparations, training, and fielding. The operational test and evaluation will take place at the Yakima Training Center in Washington State. CROWS-J has been re-entered for developmental testing and will have a follow-on operational test early next year. The first upgraded unit equipped for the service will be 1-2 Infantry in 2022.

The current chem-bio platforms are all Stryker based systems but it is anticipated that non-Stryker based platforms can be established in the future. “The Army is looking across the variants in a similar fashion to the way we are auctioning the three weapon systems,” he said. “For example, in partnership with our network modernization [program managers] and our nuclear, biological and chemical PMs, we are taking mission equipment packages, and we can integrate those onto future updates to the base platform. So the DVHA1 forms the basis for a number of both current and future capabilities.”

Venable also explained that the network modernization works similar to aligning the lethal capabilities, command capabilities, and sensor capabilities. In 2021, they plan to start and integrate the Army’s future tactical data networks into the program. This will give the right data at the right time making things a lot easier.

Other Army organizations have also taken notice and the Stryker platform has been a part of other developments and testing. One of these was the six Interim Maneuver Short-Range Air Defense system. There are other recent experiments that Stryker vehicle has been a part of like the potential enhancements for Stryker Reconnaissance Vehicles which happened during the 2019 Warfighting Assessment at the Yakima Training Center.

During an early August briefing that was done by Brig. Gen. Ross Coffman, a more recent example was discussed. Coffman also added during the discussion for the completion n of the milestone manned-unmanned teaming soldier operational experiment phase 1 at Fort Coffman, “As a side experiment we ‘robotized’ a Stryker 30mm Dragoon and conducted a live-fire with a Stryker 30mm Dragoon controlled from a Stryker vehicle. So the software and the hardware can be applied to anything. It doesn’t matter.” 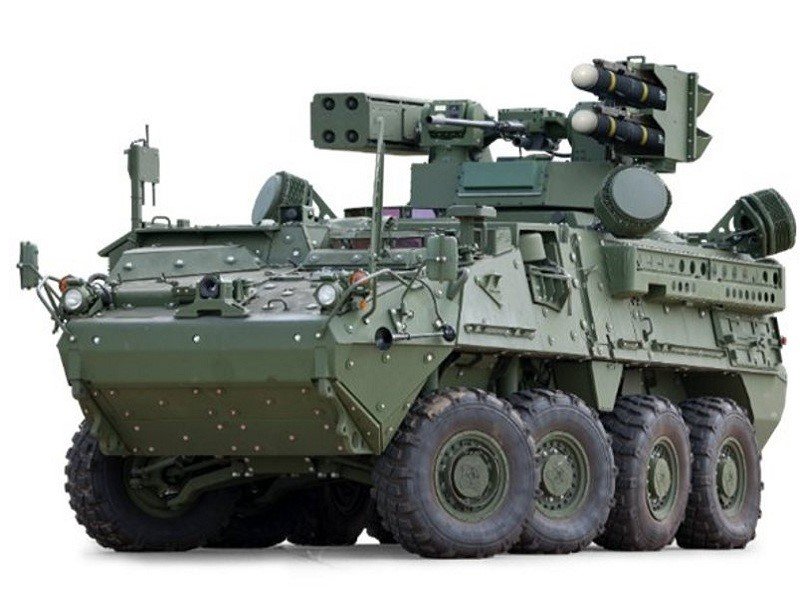 The DHVA1 platform has next generation combat capability

The branch chief of robotic combat platform, Keith Briggs was asked about the clarification on the robotic Dragon and he explained that the Stryker’s XM813 cannon was able to fire standard training rounds from the Kongsberg MCT-30. Kongsberg is a subcontractor on the contract and provided the wireless fire control. PM Stryker provided the vehicles but they played no role in the testing.

“We have a number of developmental programs for things like high-energy lasers and robotics that are not part of our base program,” Venable acknowledged. Other organizations, such as the Army Rapid Capabilities and Critical Technologies Office and some of the laboratories are working on those projects, he added.

Venable sees the future of the DHVA1 platform with the next generation combat capability in the next 30 years. The interim armored vehicle will be finishing its sixth decade of service. Venable also informed that the Stryker vehicle would play an integral role in the combat force of the U.S. Army in the days to come. “It’s the ‘Swiss Army Knife’ of combat vehicles, with a number of current and future mission equipment packages that enable expanded capabilities on an austere battlefield,” he added.

He even passed on a message to the warfighters by saying that the PM Stryker is extremely supportive of the warfighter in the field. Since they have strong relations with the brigade combat teams, it is advisable to seek their help when necessary.

In 2019, the Stryker vehicles were unveiled via a prototype at the Annual Meeting & Exposition of the Association of the US Army (AUSA) which was held in Washington.

The platform that is used for the air defense serves the purpose of air and missile defense against low-altitude aerial threats. These include rotary-wing and fixed-wing aircraft, cruise missiles, and Group 1, 2, and 3 UAS. The Stryker A1 Initial Maneuver Short-Range Air Defense (IM-SHORAD) can even be used for protection against artillery, rockets, and mortars and the missile threats like Patriot and THAAD systems.

For a platform integrator of the IM-SHORAD air defense vehicle, General Dynamics were used. Leonardo DRS was used to provide the mission equipment package. To protect the Brigade Combat Teams (BCT) against aerial threats, the US Army ordered the IM-SHORAD in February 2018.

Nine of the IM-SHORAD prototype orders were placed in September 2018. In October of 2019, the first of the prototypes was finally handed to the US Army while the rest are meant to be delivered by November 2020. In September 2020, operational testing is meant to begin. The 144 IM-SHORAD system is used by the US Army for combat operations in Europe.

The IM-SHORAD has been installed on an 8×8 wheeled armored vehicle. It has a 450hp Caterpillar C9 engine that has been outfitted and the suspension system weighs 60,000lb. Since the Stryker A1 vehicle has a double-V hull configuration it makes it easy to survive against mines and the improvised explosive devices.

The vehicle also integrates a 910-amp alternator, which gives the Stryker vehicle electrical power and a support-in vehicle. The total Stryker vehicle weight is 63,000 lb. It also includes eight tires which offer a super mobile and super speedy drive on all terrains.

The Stryker A1 IM-SHORAD components

The IM-SHORAD air defense system integrates Moog’s Reconfigurable Integrated weapons Platform (RIwP) which gives much better survivability against any aerial threat. There are non-kinetic and kinetic weapons that are a part of the system that allows detection, identification, tracking, and destruction of the emerging threats.

There are multiple weapon configurations like the AGM-114L Longbow Hellfire which uses air-to-surface missiles, all of which can defeat the air and ground targets. Four of the Raytheon Stinger man-portable air-defense systems are used to engage the lightly armored air targets that are all in the range of 4800m. A millimeter-wave guidance system has been integrated into the Hellfire missile, which uses fire and forgets system for super firepower.

All images: Army photo by Patrick A. Albright