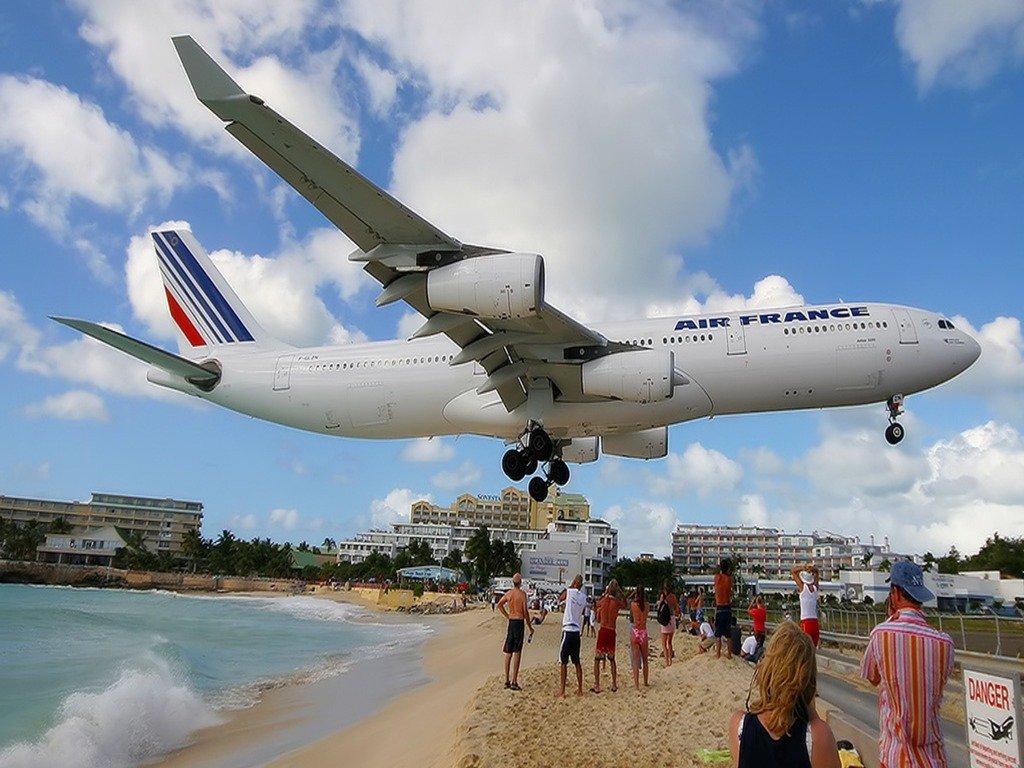 Being a commercial pilot is a tough task as one is responsible of for hundreds of lives on board. A little error here or there can lead to a disaster. This job demands tremendous nerves and presence of mind. You might have watched the movie “Flight” where Denzel Washington (main pilot) saves hundreds of passengers on board with shear presence of mind. The job is already tough but dealing with extreme flying conditions make it even tougher such as short runways, high altitudes, unpredictable weather, difficult terrain, take off and approach procedures. Let’s take a look at the most extreme airports around the world.

The Flat house is a sustainable home with hemp-based…

At the tip of Southern California lies “San Diego Lindbergh field” which was opened on August 16, 1982. There are 55 flights coming and going every hour so this leads to unprecedented air traffic congestion. Situation may be even more worst because San Diego is a one run way wonder, making it the busiest single runway with commercial flights coming and leaving every hour. Other issues linked to this airport are; Proximity to down town, proximity with the nearby buildings and a short runway. One peculiar issue is a 100 feet high parking garage that lies at 200 yards from the end of the runway. So the pilot has to avoid this obstruction with great care to land the aircraft safely onto the runway safely.

The “Funchal Airport” lies on the Portuguese Island Madeira, Portugal which was opened on July 18, 1964. This airport is extreme due to its location, surrounding terrain and turbulent winds. The runway literally extends into the ocean. Measuring just 5000 ft, the runway was extended to 9000 ft perched on concrete supports. Being built around the ocean, the dramatic wind shifts make it hard for the pilot to land the plane safely. Another problem associated with this airport is Sea birds strikes. The sea birds are a constant threat for an aircraft. A minor collision can lead to a horrific disaster. Therefore special guns are fired constantly to disperse the birds from and around the runway area.

Located in Colorado, USA the “Eagle County Airport” was opened on September 14, 1947. This airport is located in a valley. High altitude, difficult mountainous approach and constantly changing weather are major threats. Turbulence from the wind and high altitude decreases the performance of the aircraft. You lose 3 percent of engine horsepower for every 1000 ft you go up. It means that if you go up by 10,000 ft you lose 30 percent of the horsepower. The runway was extended to 9000 ft from 8000 ft, but taking off is still a challenge.

Located on the mountain top at an elevation of 6,535 ft “Courchevel Airport, France” was opened in 1961. It has been built on mountain side, with a mountain top runway which short, sloping and ends with a cliff drop. This Ski jump runway is only 1700 ft long. The slope is just unbelievable at an inclination of 18.5 degrees. It’s a very very steep uphill. If the landing approach is not correct, you might end up, driving the plane’s nose into the slope that’s coming up to meet you.

Operated from 1925-1998 Kai Tak Airport, Hong Kong has now been closed down. The airport used to handle around 30 million passengers per year. The approach path is directly through downtown buildings. Nearby multi-storey buildings means tricky low-altitude approach. Due to structural congestion around the runway, “Visual checkerboard landing methods” were used, meaning that the pilots have to identify a spot on the ground to mark their approach. These challenges resulted in 14 incidents during its operation time. One of the most memorable occurred in 1993, when incoming plane skidded across the runway and landed in shallow water. Thankfully there were no deaths or serious causalities, but it marked the hostile nature of this airport. It was the third busiest short runway airport and it was pushed beyond the limits.

This airport was opened in World War I and shares its operations with Royal Air-force base. This airport has numerous problems associated to it. It is located in an area of restricted air space which is shared by both Spain and Britain. Second; peculiar conditions surrounding it. With Sea on either side, the yachts hovering around are a problem. Wind is a major issue. High rise buildings in the area are an issue. This area has a high pressure weather system. Famous moist wind called “Levanta” of the area, causing turbulence. This turbulence creates a severe down draft. And out of all other problems, this airport has a four lane highway that goes right through the middle of the runway. The pedestrians crossing the runway, who would stop in the middle of run for family photos.

Opened in 1944, Princess Juliana Airport is located at one of the world’s most beautiful beaches. This airport caters 1.7 million passengers annually. It has a short runway and planes fly in just meters above the beach. Location is its most extreme condition i.e. steep departure over mountains and low approach over beach. Congestion is the first factor making this airport dangerous. On one side of the runway it’s a quick ascent to take off trying to avoid steep mountainous terrain as the mountains are 800 meters high. And on the other side the plane is directly over the beach. The approach path is close to the buildings people walking around the beach and cars driving by at the end of the runway.

It was opened in 1945 taking the burden of 165,000 flights per year since then. The runway length is just 2100 ft surrounded at all three sides by hills. It has a low approach directly over traffic. Due to steep approach and short airstrip planes often end up on beach. You need a specially license to land here. It’s not an airport for large aircrafts.

International airport with the shortest runway that has commercial traffic coming into it was opened in January 4, 1934. It has a difficult approach through the hills alongside a 65ft cliff at the end of the runway. There are marks on the runway and about 400-500 ft beyond that there is another mark. You don’t touch down in-between those two marks. You’ve got to go around come back and try again. In 1989 the crew failed to flow the standard step down procedures due to the terrain and literally flew it into the ground killing 127 out of 146 people on board. Unfortunately this was not the only incident occurred. In 1997, a US air force cargo plane over shot the runway killing 3. The most recent occurred in May 2008. It was a cloudy day, the pilot made the first attempt but eventually couldn’t and the second time he went of the runway. The 65 ft drop resulted in 5 fatalities, 3 on board and 2 on ground. To prevent another tragedy, the airport was closed for 6 months. And the airstrip was extended to 9000 ft by literally cutting down the hill at the end of the runway reducing to steep incline of the approach.

Long known as Lukla, it is located high in the north eastern corner of Nepal, in the heart of the Himalayas. It was opened in December 1964. Tenzing-Hillary airport (commonly known as Lukla) was named after the first men to reach the summit of Mount Everest, Sir Edmund Hillary and Sherpa Tenzing Norgay. This is one of the world’s highest airport which is known as the gateway to Himalayas and Mount Everest. The airport is located at the elevation of 9,380 ft with a runway length of just 1,600 ft. There are 30 daily flights going in and out of the airport. The dangers associated with this airport are its location in the mountains with high winds and changing visibility, high altitude, turbulence due to wind shear, short runway with a gradient of 12 degrees. 4 incidents took place in the past 6 years at Lukla. The most recent occurred in October 2008. The heavy fog diminished all sort of visibility and the pilot hit the nose into the ground. 18 out of 19 people on board died.

YOU MAY ALSO LIKE: Ten Ridiculously Long Place Names in the World

No Time to Weight Around

Little Acts of Kindness: Pictures that will surely melt your heart