The 10 Tallest Skyscrapers Of The Future 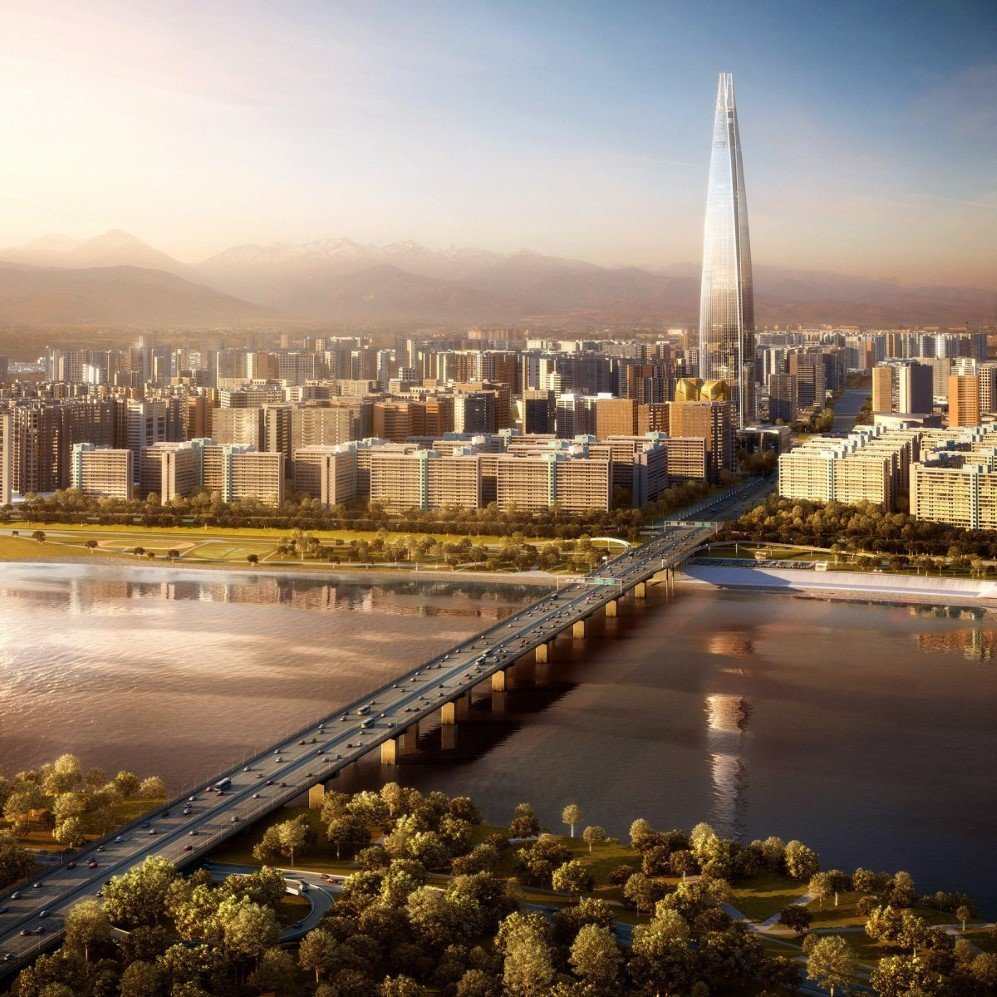 Today, every building in the world sits in the shadow of 2,715 ft. (828m) tall Burj Khalifa, the glittering glass and steel trophy that opened in Dubai, UAE in 2010. Burj Khalifa has enjoyed dominance over the world’s skyline for quite some time, but this won’t stay for too long now. As new taller buildings are going to emerge pretty soon.

According to Council on Tall Buildings and Urban Habitat (CTBUH), a new building will rise more than 550 ft. taller than the Burj Khalifa by the year 2018. CTBUH also predicts the possibility of skyscrapers that may even be as tall as a 3,280 ft. (that’s a kilometer up in the sky) by the end of this decade.

Catch A Glimpse Of the Spectacular 31st Harbin International…

World’s skyline will be transformed dramatically with the completion of some of the tallest buildings that are under construction at the moment and are expected to be completed by the end of 2020.

The 10 tallest skyscrapers of the future are listed down below.

After completion, Zhongguo Zun will be northern China’s second tallest building. The building’s design takes its inspiration from an ancient Chinese wine vessel, “The Zun”, after which the building has been named. The building name is commonly referred as “China Zun”. 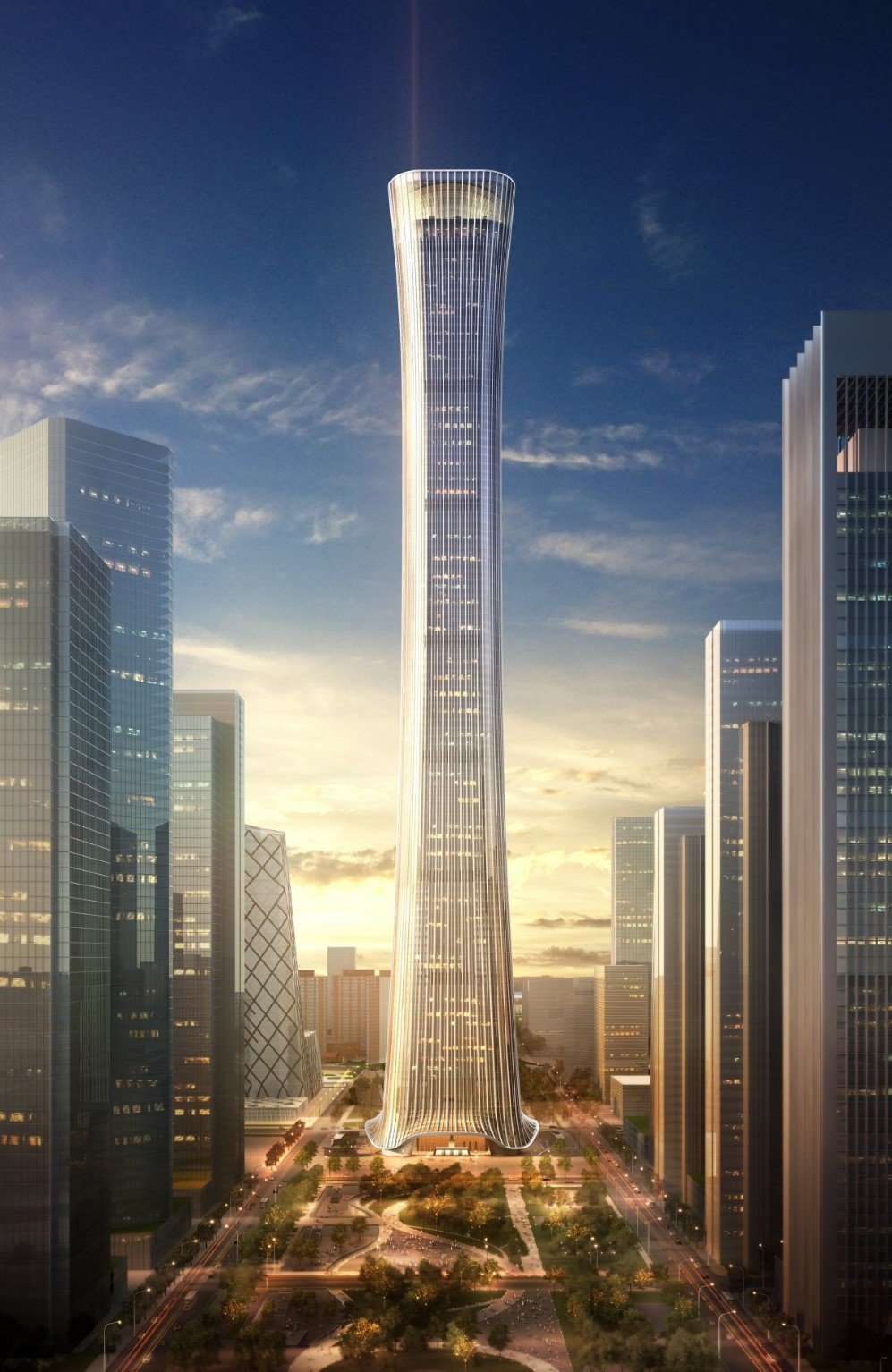 A multi-purpose CTF Finance Center will be used as a conference center, hotel, observatory, mall and office building. The center will be equipped with world’s fastest elevators having a maximum speed of 72km/h (45mph). It will take 43 seconds to go from the first to the 95th floor, according to the BBC. 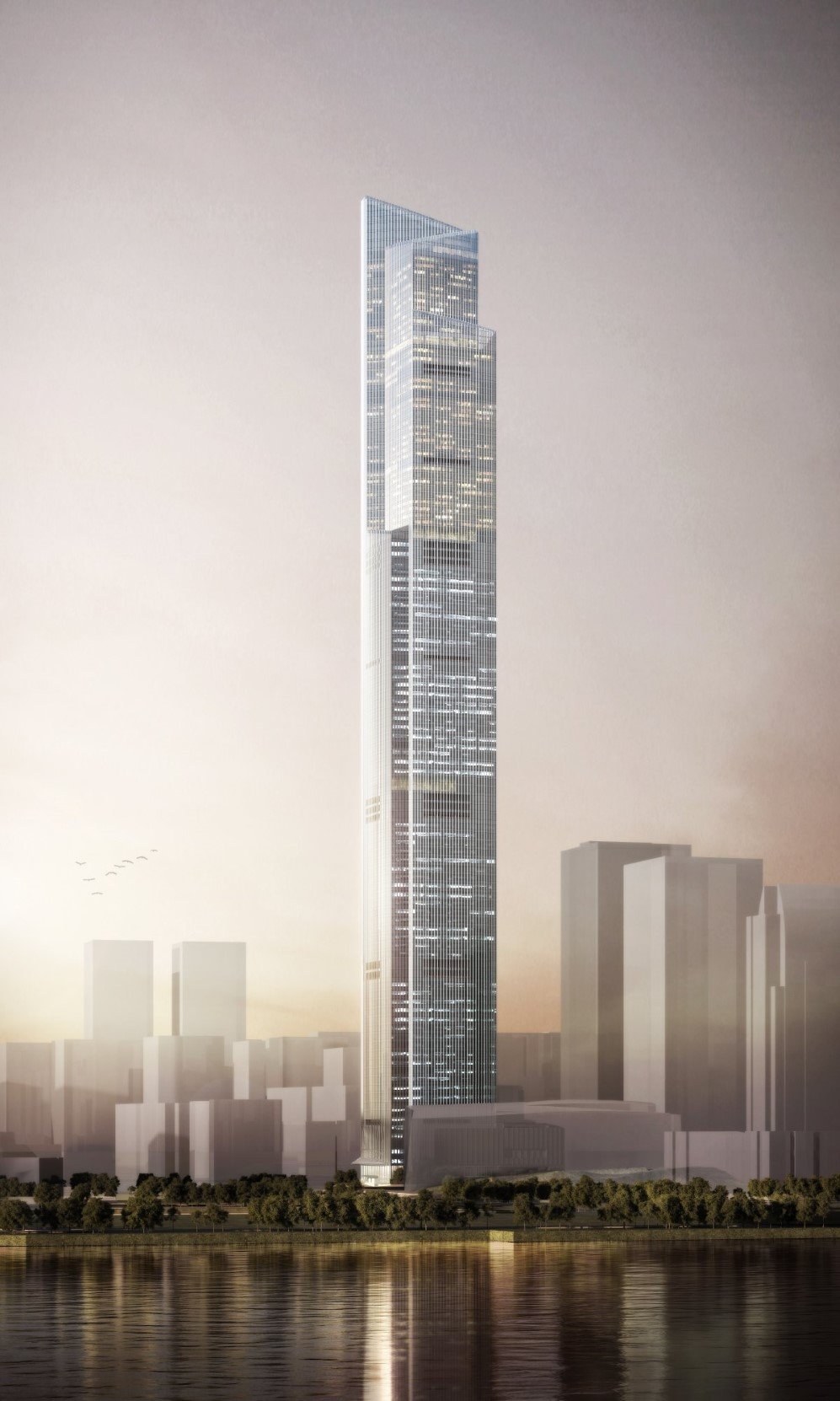 Also known as Central Park Tower and the Nordstrom Tower, will be the second tallest building in New York City as well as the US once completed. The 225 West 57th Street is a supertall mixed-use commercial/residential project being developed by the Extell Development Company. 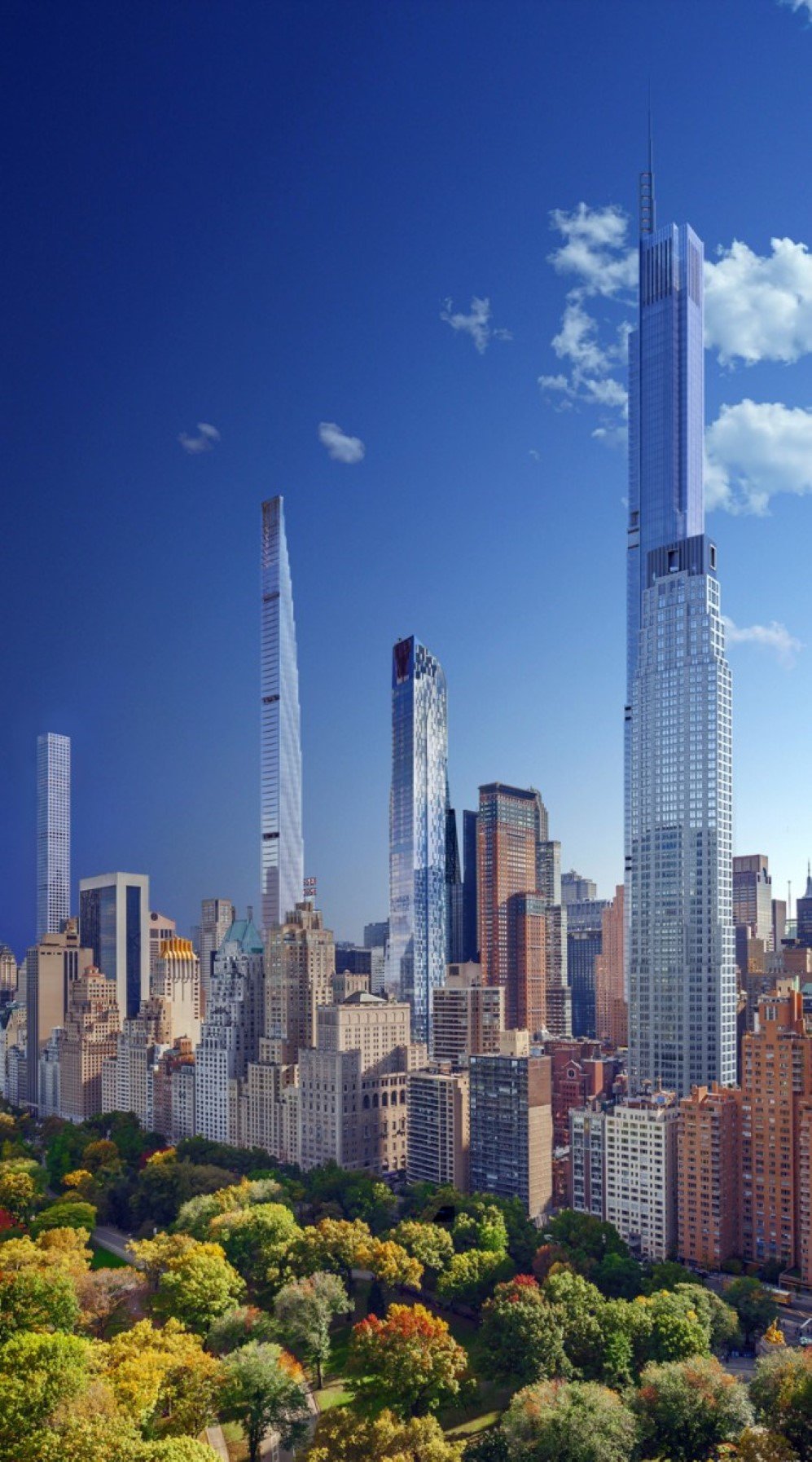 It took 13 years of planning and land preparation before Lotte World Tower as approved for construction in 2010. $1.25 billion is the estimated cost of this project. Once completed, it will be the tallest building of the country.

6. Pearl of the North, Shenyang, China

The $1.6 billion Pearl of the North will host 34 floors of office with a 320-room five star luxury hotel above them. 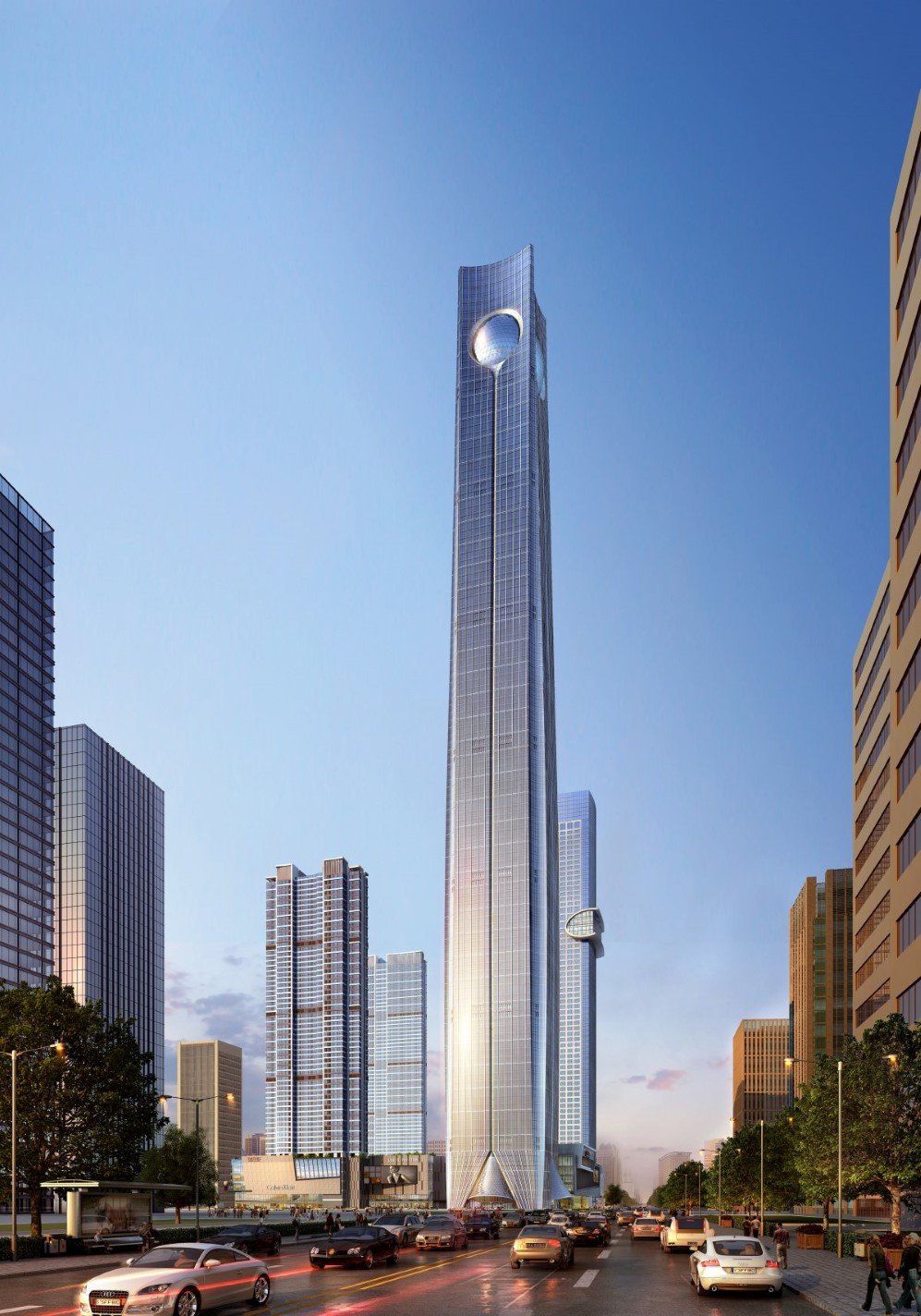 The buildings name Goldin Finance 117, also known as China 117 Tower, gives you the exact number of floors the tower is going to have i.e. 117. The building is expected to be completed in 2017 with an estimated cost over $820 million. 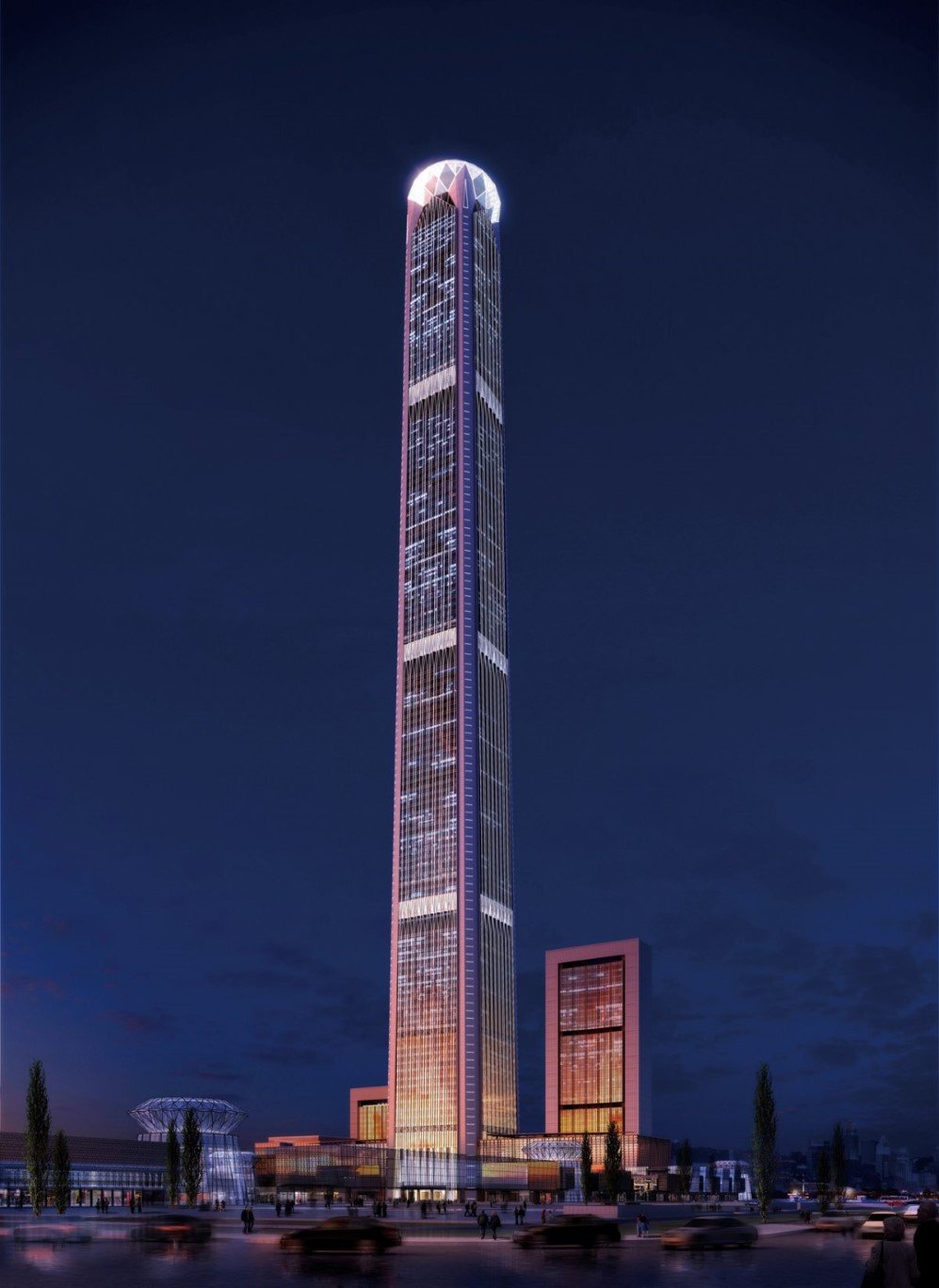 In June 2011, for its various energy saving features the design of Adrian Smith and Gordon Gill Architects in conjunction with Thornton Tomasetti Engineers, was given go-ahead for the construction of Wuhan Greeland Cetre. The tower will cost an estimated $4.5 billion. 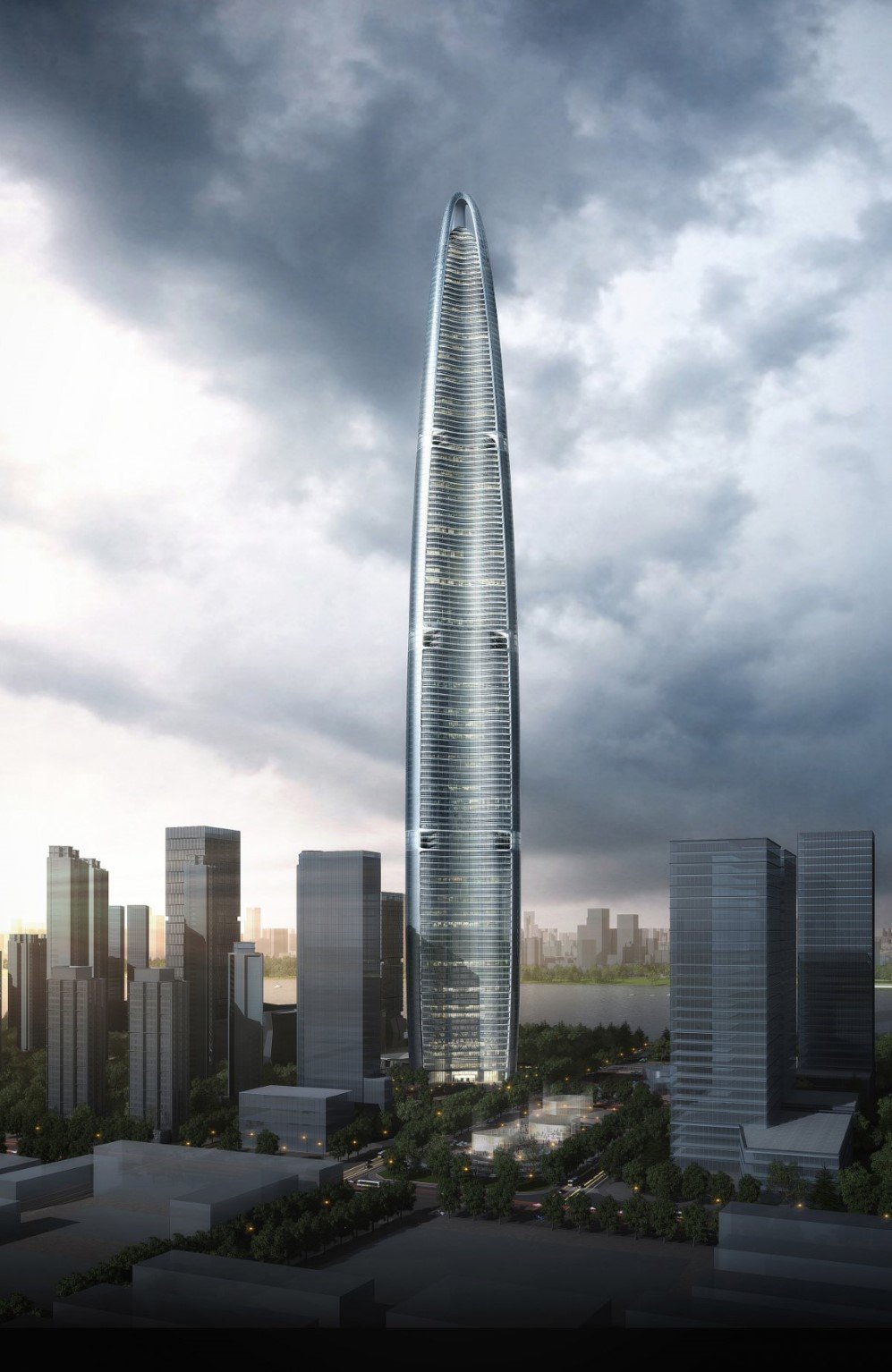 Designed by the American architectural firm Kohn Pedersen Fox Associates, Ping An Finance Centre will become the fourth tallest building of the world upon completion. The building is expected to cost around $678 million. 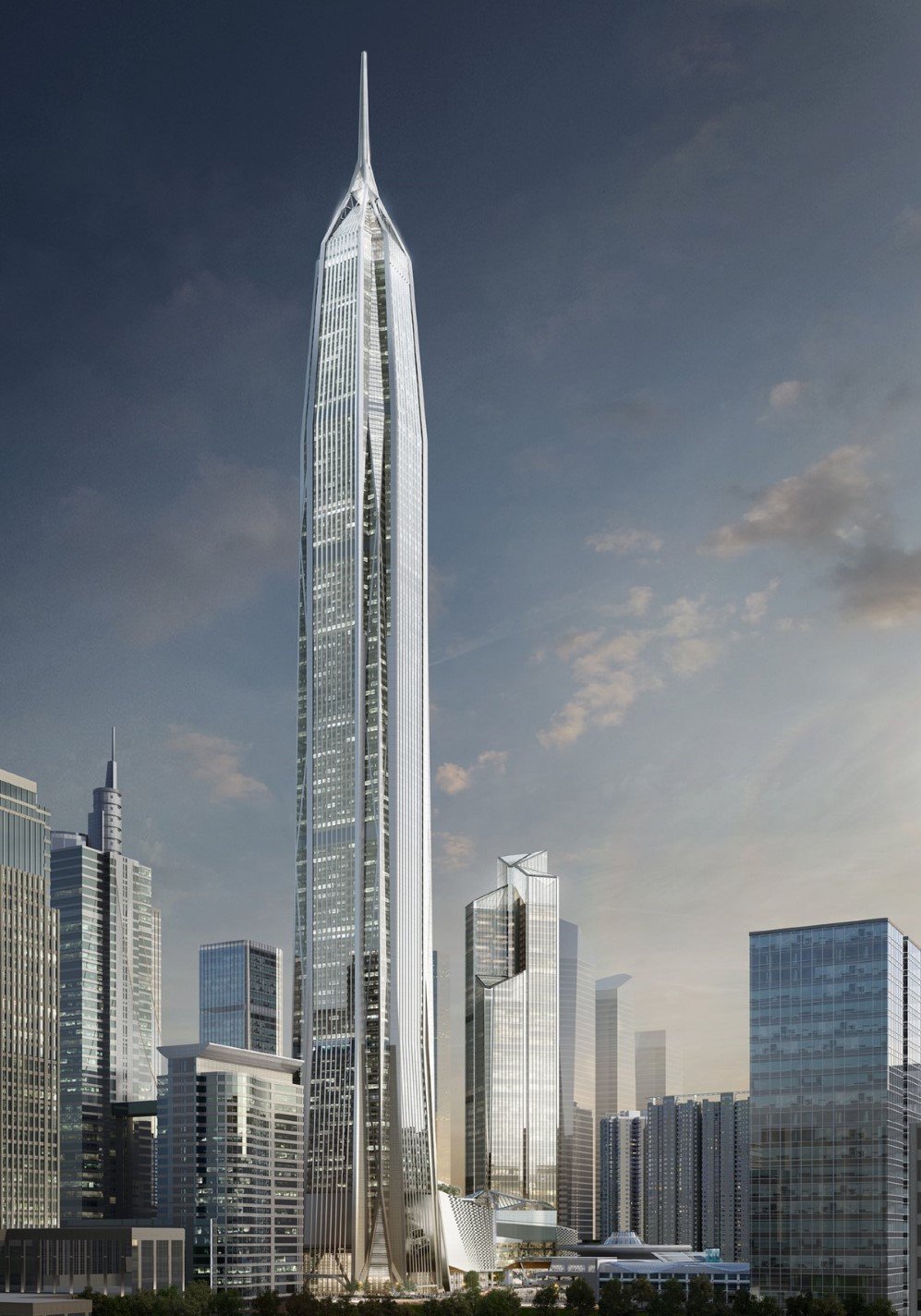 Suzhou Zhongnan Center will be the tallest building in China when it’s completed with an estimated cost of $4.5 billion. 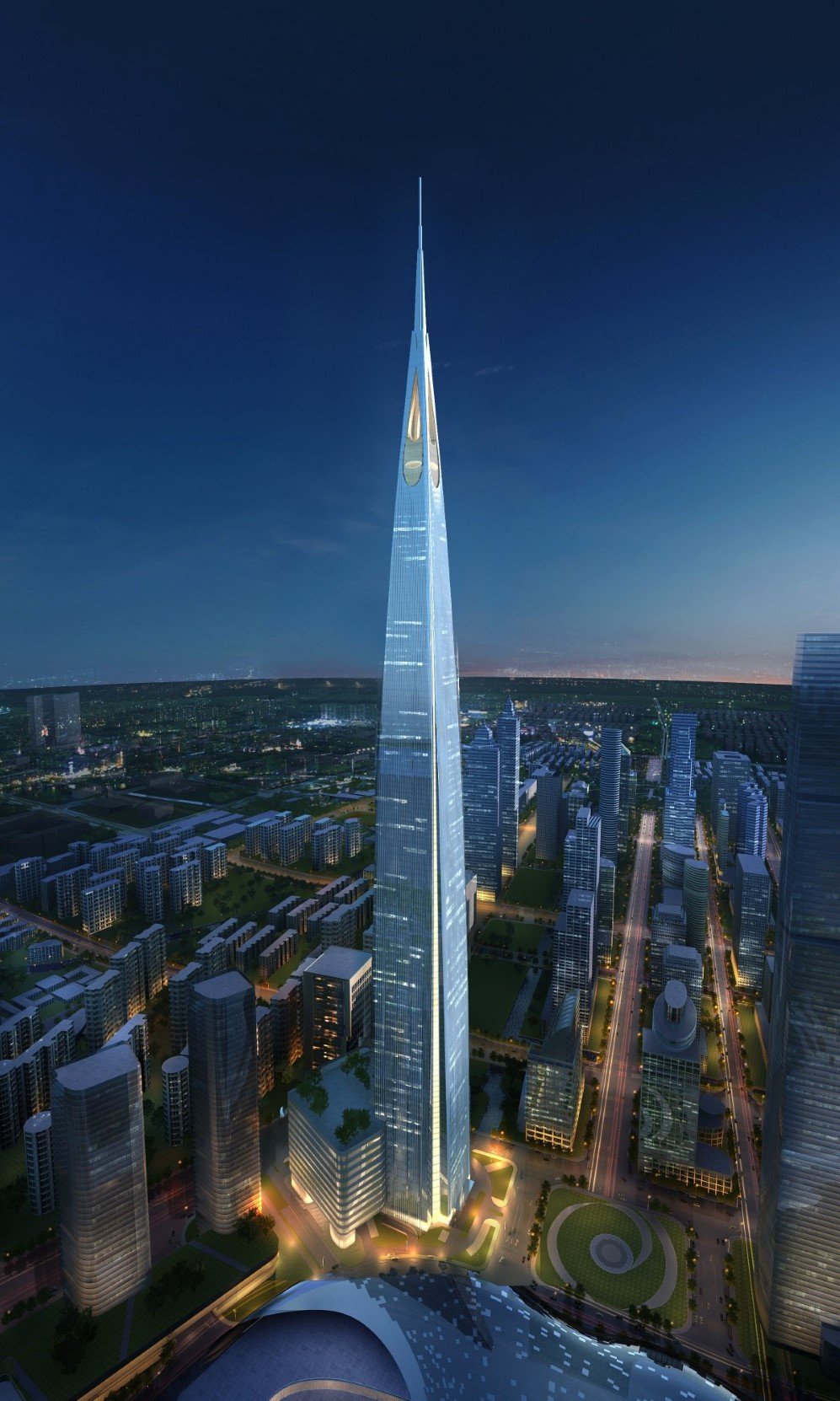 Can you imagine going 1 kilometer up in the air? That will be the height of Kingdom tower which is expected to be completed by the year 2018 with an estimated cost of $1.2 billion. Designed by the designer of Burj Khalifa, Adrian Smith’s new building the Kingdom Tower will beat his former by a wide margin of 550 ft. upon completion to claim the crown of world’s tallest building.

The building will have a total of 59 elevators as well as 12 escalators. 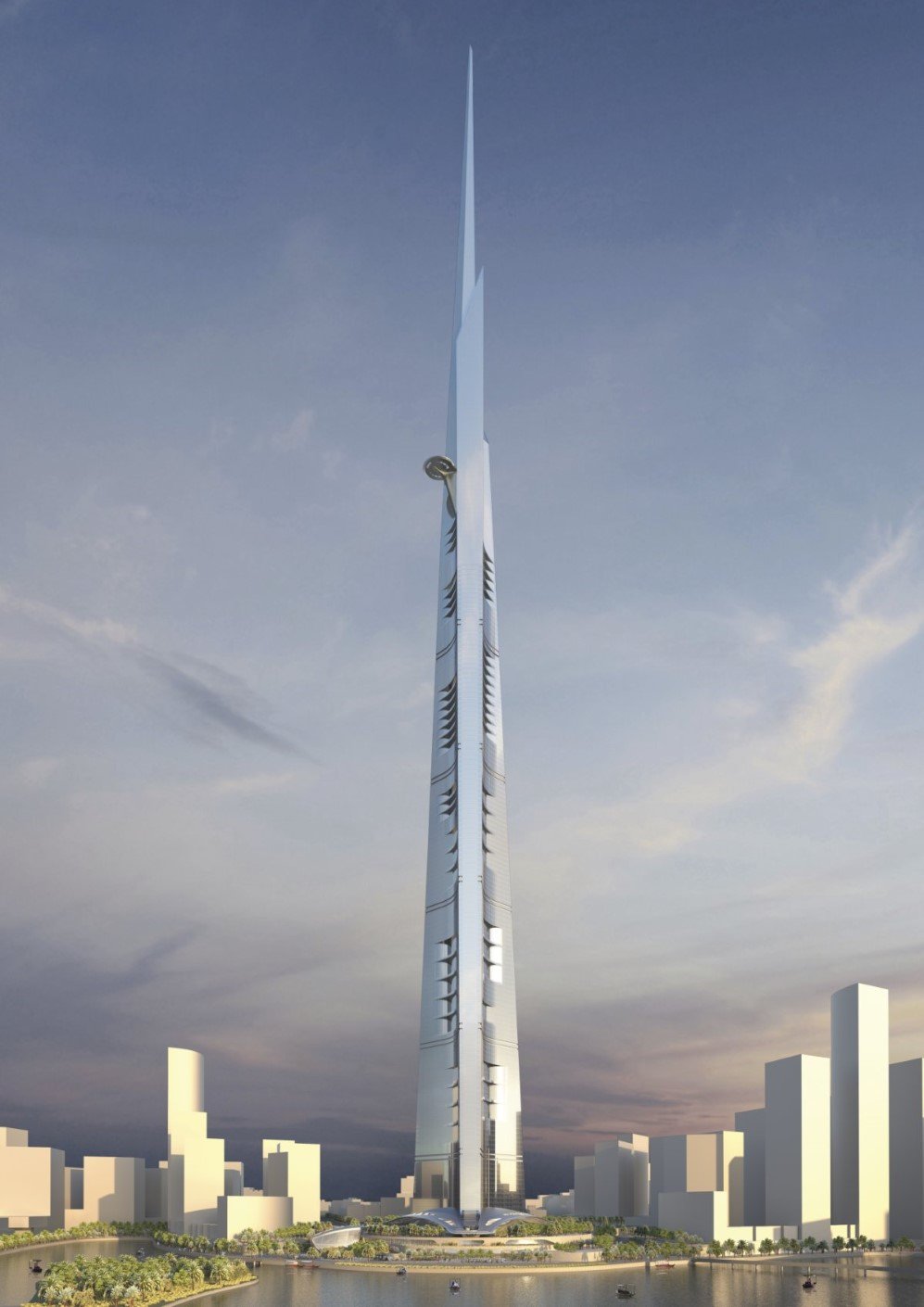