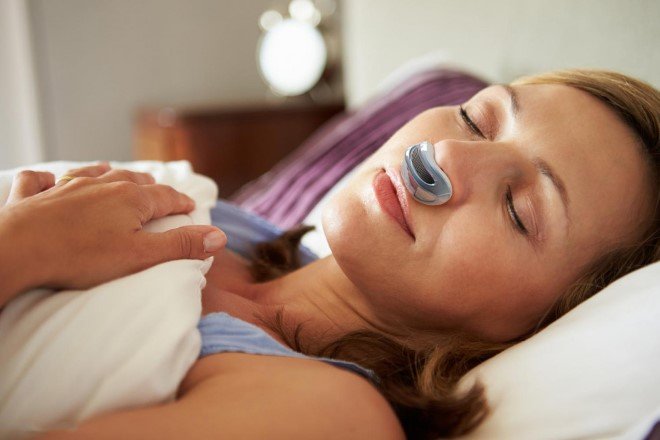 Imagine after a hectic day at college, you finally get back to your dorm to sleep. You change your clothes, and get all cozy in your bed but your roommate is snoring so loudly that you can’t even ignore it. So, you wonder ‘if only I could somehow stop him/her from snoring, if only.’

Snoring is commonplace. Studies show that 25% of the adults snore regularly while sleeping.  Even though it is super annoying for the other person, it can be an alarming sign as well!

A person only makes such sound when the airflow gets obstructed at the back of the mouth and nose. This not only disrupts a snorer’s sleep cycle, but can also be a symptom of sleep apnea – a disease in which a person’s upper airway breaks down during sleep leading to a pause of ten seconds or more between breaths.

Upon extensive research, doctors and scientists found a way to treat this disease by creating a device called ‘Continuous Positive Airway Pressure’ (CPAP) which is basically a breathing apparatus that allows a steady stream of air to flow through the patient’s breathing tube in order to prevent it from collapsing. Even though it fixes the issues, it is quite uncomfortable for patients as they have to strap on this plastic mask. Addressing and solving this issue of uneasiness, researchers came up with a new product called ‘Airing’. This tiny device uses air pressure to ensure that the breathing tubes remain open. Hence, it tackles the issue of snoring as well as sleep apnea! 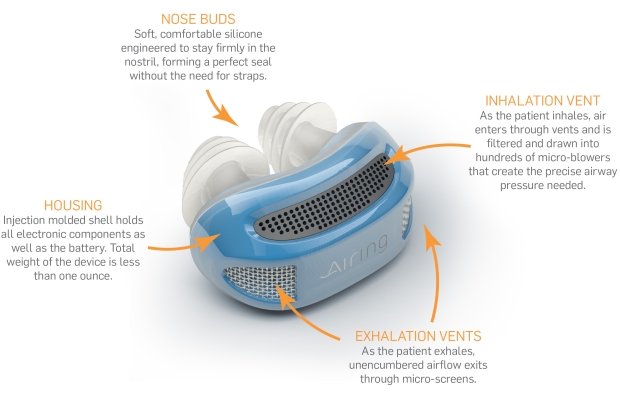 The working mechanism is quite simple. The Airing sends air to the breathing tubes in order to prevent the obstruction of airflow. In order to achieve this, the device uses hundreds of tiny micro-blower plates which close and open due to electrostatic force. The plates attract each other due to the presence of opposite charges and this leads to the squeezing action. When hundreds of these pumps do it at a frequency of thousands of times per seconds, it leads to the generation of airflow. 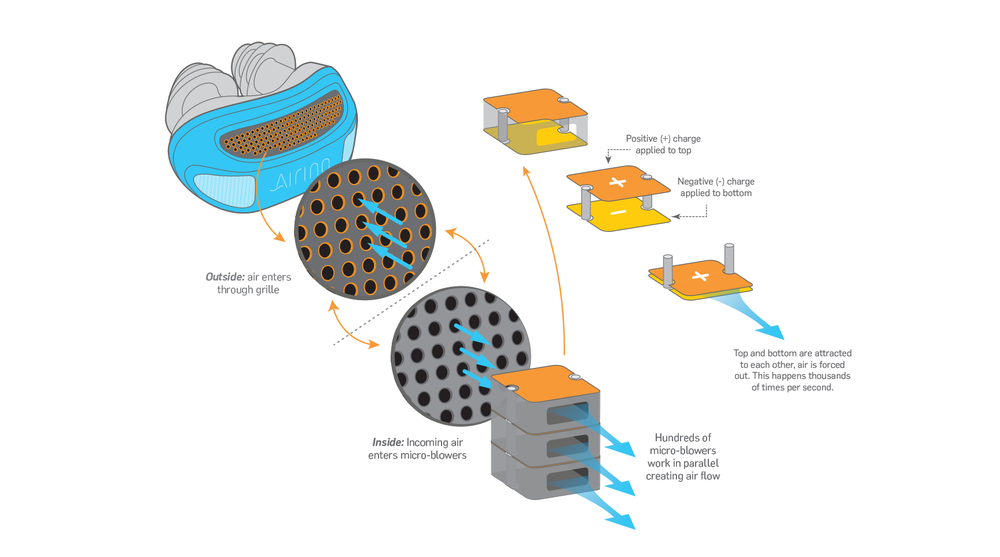 The device is made out of silicon rubber and fits into the nose buds as the air moves through it. The rubber forms a seal and so the air pressure is maintained inside ensuring that the device stays in position throughout the time it is being used. Airing is powered by zinc batteries that are both powerful and light in weight. The overall weight of the device is less than an ounce and can run for eight hours straight.

However, since the batteries aren’t rechargeable, new ones have to be bought each time they run out. Moreover, the device isn’t available as of yet, but when it is, it will cost $3 – which isn’t exactly inexpensive for a disposable device. It is taking time because according to the inventor, different people need different pressure levels hence the Airing has to cater for all of the people. All in all, he’s pretty optimistic and believes that it is relatively much more convenient than the CPAP machines!