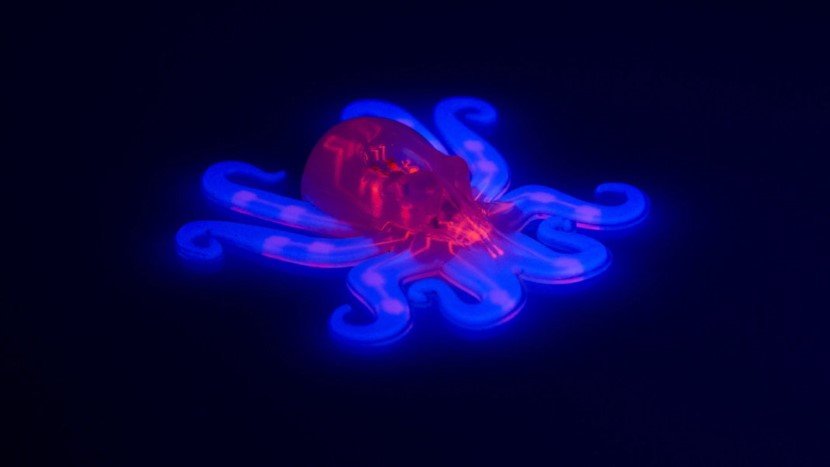 What are soft robots?

When you think of robots, you imagine a stiff, geometric, metal machine with a distorted voice and limited interactions. However, technology has advanced way past that, and we are now in the era of soft robots; flexible and adaptable robots with more capabilities that resemble living organisms.

In 2016, scientists succeeded in creating a humanoid robot. Sophia became the first robot to receive citizenship of a country when she was awarded a Saudi Arabian citizenship in 2017. Now, scientists are focusing on the field of soft robotics that can be used and applied in the lines of medicine, surgeries, space exploration, and disaster relief.

How do soft robots function?

Since then, scientists have successfully created numerous soft robots resembling fish, octopi, worms and jellyfish. Most of these robots created have been inspired by biology, as several organisms have complex and flexible movements that allow them to squeeze into confined spaces, often much smaller than themselves.

Hard robots are made using rigid materials and compact structures attached by ‘joints’ to mimic human and animal motion. On the contrary, these soft robots are built using malleable materials such as polymers, elastomers, polyurethanes, as well as composite materials. Most of these soft robots move by expanding and contracting a hollow structure using air or liquid, section by section. They can crawl freely under areas humans cannot reach, which can prove to be beneficial especially during rescue missions.

Some robots are made using a specialized engineered polymer, which helps them move or bend a specific way. They have the ability to mimic a human’s grip, or the strong and flexible movement of an octopus’ tentacle.

Here are some soft robots built by scientists that give a glimpse into our advanced future.

In 2016, a team of researchers at Harvard University created a 3D-printed soft robot called the Octobot. Octobot is powered by a chemical reaction and controlled by microfluidics instead of electronics.

The reaction converts a small amount of hydrogen peroxide into a large amount of gas, which inflates the Octobot’s arms like balloons. “Fuel sources for soft robots have always relied on some type of rigid components,” said Michael Wehner, a postdoctoral researcher in the Wood lab,“The wonderful thing about hydrogen peroxide is that a simple reaction between the chemical and a catalyst — in this case platinum — allows us to replace rigid power sources.”

This unnamed, four-legged robot was built by researchers from the Harvard John A. Paulson School of Engineering and Applied Sciences (SEAS). The robot is powered by pressurized air and is spectacularly built with the use of more basic components.

Nikolaos Vasios, a graduate student at SEAS and the first author of the research, made the following statement regarding this soft robot: “Before this research, we couldn’t build fluidic soft robots without independently controlling each actuator through separate input lines and pressure supplies and a complex actuation process. Now, we can embed the functionality of fluidic soft robots in their design, allowing for a substantial simplification in their actuation.”

Festo’s TentacleGripper is another example of soft robots inspired by animals. Aside from using a pneumatically controlled limb, it also includes two rows of suction cups to strengthen its grip, just like an octopus. Despite its structure being unbelievably soft, this robot is safe for humans due to its soft silicon structure. Moreover, the structure helps in performing its tasks perfectly.

The EuMoBot is a multi-segmented soft robot that is smaller than a stack of dimes. It was created by Krishna Manaswi Digumarti and his coworkers at the Department of Engineering and Mathematics at the University of Bristol (UK).This particular robot has been inspired by euglenoids, which are single-celled organisms and one of the best-known groups of swimming flagellates.

This soft robot is made of elastomer which can stretch and change its shape when liquid is pumped into its internal chamber. By pumping a solution of methylcellulose and water into the EuMoBot’s ‘hyper-elastic bellows’ (HEB), it can move quite identically to euglenoids.

A team of researchers from the Toyohashi University of Technology in Japan created a soft robot called LEeCH (Longitudinally Extensible Continuum-robot), inspired by Hirudinea, or leeches. It is made with two suction cups and the material used for shower hoses.

Land leeches can climb well and can move on rough land and walls using two suction cups on both ends of bodies and soft extensible bodies. Their light bodies are not liable to damage even after a fall.

The robot built on this basis is composed of three flexible tubes parallel to each other. By controlling the length of each tube, they can be bent and extended as needed. A suction cup attached to both ends of the robot’s body improves its grip and allows it to climb upwards.

Ayato Kanada, the lead author of the study published in the Soft Robotics journal, explained how he came up with the idea of LEeCH: “I came up with the idea in the bathroom of my house. The shower hose went wild as if it had a life when I inadvertently turned on the faucet at maximum.” He added,“Then an idea occurred to me that if I could manipulate a hose, I might be able to make a robot with the dynamic movement of the living creature.”

This creepy-crawly has also been made by scientists at Harvard University, and it moves using its artificial skin covered with scales, like a snake. Although its body is a simple rubber tube, its intricate skin is what makes it unique; a plastic sheet with centimetre-scale cuts in the shape of triangles or circles made using a laser. This ancient Japanese art of cutting paper is known as kirigami.

This soft robot moves by pumping air inside its rubber tube. As it inflates, the robot stretches and the flat kirigami skin changes into a 3D-textured surface, which grips the ground exactly like snakeskin. Once it deflates, the friction produced drags the robot across the surface.

According to the research published in Science Robotics, this soft robot has the ability to crawl on rough or unrefined surfaces such as asphalt and concrete. Similar robots in a smaller size could be used in the medical and disaster fields to reach areas where humans or tools cannot gain access.

In 2017, a group of scientists at Stanford developed a phenomenal soft robot, inspired not by an animal but a plant. Rather than moving, this robot grows to cover distances. It is a tube of soft material with a camera at one end. The tendril grows from its base and navigates through obstacles using sensors. The soft material is folded inside itself and as it averts, the robot grows forward. The robot is averted by pumping in pressurized air or, in some cases, fluids. Materials can also be delivered through the center of the tube.

This soft robot is powerful enough to lift a 100-kilogram crate and flexible enough to grow under a door gap 10 percent of its diameter. It can avoid unknown obstacles and slither past them, and can be used in a rough environment. It may be used in emergency situations to extinguish a fire, locate a trapped person under rubble, and even provide water. An advanced version of this magnificent robot could carry out unimaginable tasks.

As researchers work on creating better robots, more doors of possibilities are opened. These soft robots have the capability to bring ease into our professional and personal lives, help in making new discoveries, and can even prevent a significant number of deaths. Giada Gerboni, a biomedical student, discusses the potential of soft robots in her Ted Talk.

The outer-space is possibly one of the riskiest places to keep a robot helper. The atmosphere and living conditions are drastically different, and there is no way to send immediate help in case of mishaps.

However, the development of soft robots may make it possible to bring robots to space. Robots made of soft material are unlikely to cause any harm, and astronauts on missions can use all the help they can get.

Two interns, Chuck Sullivan and Jack Fitzpatrick, have been working on soft robot actuators at NASA’s Langely Research Center using 3-D printed molds and silicon. They wish to explore the capabilities of soft robotics and attempt to create a robot that can endure the rough conditions in space.

2. Soft robots in the medical field

As mentioned before, the future of soft robotics regarding surgeries and prosthetics looks bright. A tiny robot that has the ability to move freely sounds interesting, but a soft robot that could eliminate risks of damage or injury, especially during laparoscopic surgeries, is revolutionary. In the words of Assistant Professor Ellen Mazumdar, “Human tissues are soft and contain complex contours. Having actuators or linkages that are rigid can potentially cause damage to tissues during collisions. Soft robotics is one way to solve this problem.”

Let’s take this tiny soft robot as an example. Developed by researchers at Harvard and Boston University, this silicon spider can one day perform surgeries.

Another example worth mentioning is this soft robotic glove, which gives hope to people with physical weakness or spinal injuries. This glove can move and grip things just like a human hand, and it can be programmed according to the needs of its owner. It fits right on your hand and the soft and light material keeps it comfortable and barely noticeable.

3. Soft robots and their agricultural application

Helping in life-threatening situations is not all soft robotics could be used as. They could also be used in agriculture; picking and storing fruits and vegetables and conveniently packaging them. The soft grip keeps fragile food safe from damage, all while keeping its hold on the food tight.

The SWEEPER robot is also a good example of the role of robots in agriculture. This pepper-harvesting robot determines the peak time to harvest the best peppers, all without any human assistance.

These are merely a few examples of the potential changes and conveniences that can be made possible through the advancement of soft robotics. If developed well enough, soft robots may become a must-have in our homes and at our workplaces within years. As researchers continue to work on upgrades and exploring possibilities, robots may become smart enough to permanently become human companions and helpers.

What is fast fashion and how is it becoming a threat to the planet?