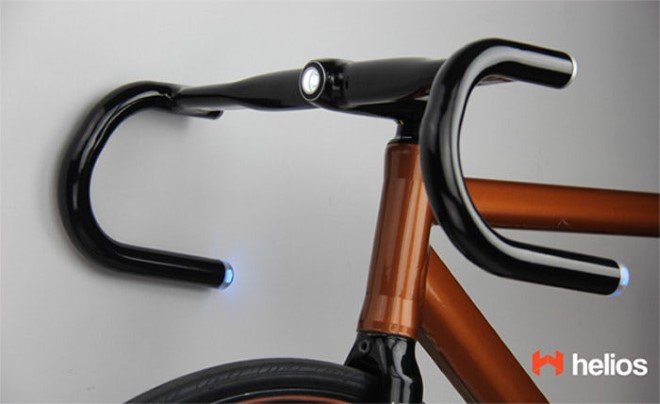 It is quite easy to pinpoint the functions of each component of a cycle; however, the handlebars could have been used for more than just steering the wheel, don’t you think? If your answer is a ‘yes’, then you aren’t the only one who thinks so.

The all new Helios Bars, invented by Kenny Gibbs, not only have headlights installed within but also a tracking system! In between the weather-proof aluminum bars are the 500-lumen Cree LED headlights. In addition to this, there are two lower-intensity RBG LEDs which act as the tail lights. All one needs to do is turn one of the two switches on which are placed on both sides of the stem. The user has the option to make them blink for five seconds as well, thus using them as indicators at turnings. 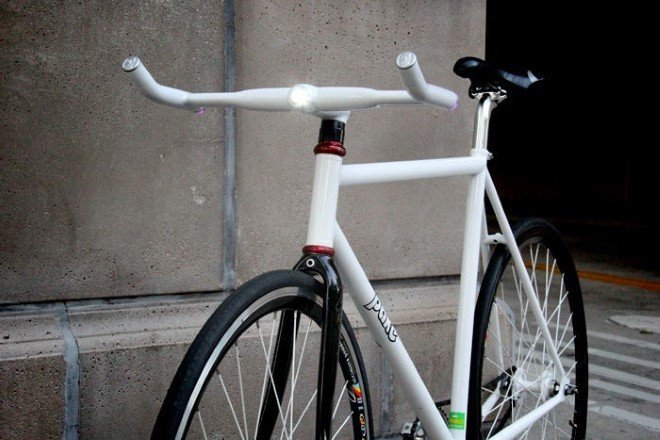 Similarly, the Bluetooth 4.0-enabled iOS app allows the user to choose the color of the two bar-end lights – how exciting is that? The user can even activate the bar’s visual speedometer mode which shows the approximate speed of the bike by changing colors.

“Futuron” is a concept car designed by Kia…

These stunning composite day and night shots of major cities…

Moreover, the app has another cool feature which basically switches off all three lights once the user parks the bike and walks away, and turns them on when the user is approaching the bike (provided he’s carrying his phone). We all seek convenience, and that’s what the Helios Bars are all about! The navigation feature not only directs the user but also informs them by showing the turn signal in the respective required direction. So, what happens in case the bike is stolen? The GPS module present on the bars enables the user to see the exact location of the bike on Google Maps once a text message is sent to it. 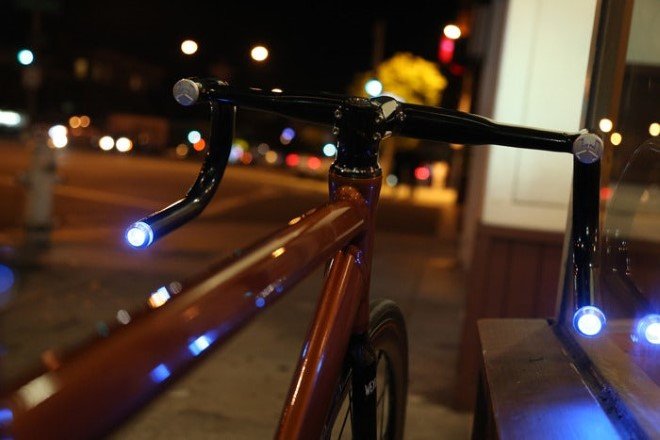 How long do these bars last? Good question. According to the team, the Helios Bars use lithium-ion battery, and can function for seven hours straight per charge.

Meet Gita, an autonomous cargo robot that will follow you home with all your stuff in it