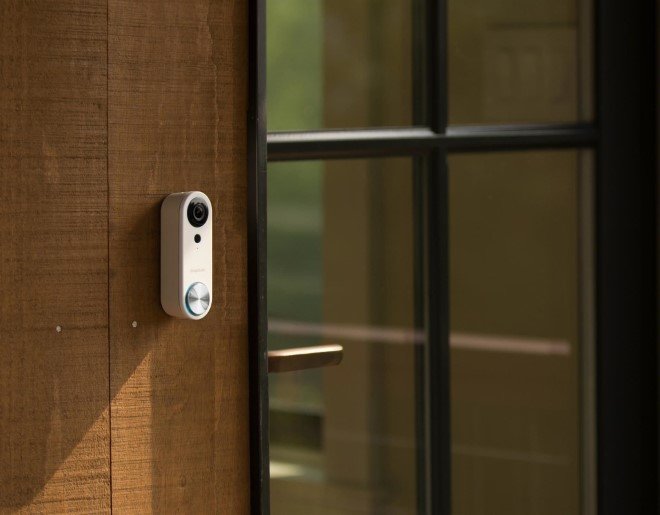 Some of the features include a 162-degree diagonal field of view which can broadcast real time images to the owner and that too in high quality (1080p). Additionally, it includes two-way audio capabilities that can eradicate all forms of noise and echo. According to SimpliSafe, the HDR technology lets the device adjust to the lighting, be it the sun illuminating the lens or a lack of sufficient light.

Its added feature is a dual sensor motion trigger which enhance the accuracy and precision of the device and make it the only one of its kind. This trigger requires the use of two different types of sensors: A passive infrared sensor (PIR) and an image classification sensor. The PIR is able to detect a human’s heat signature and the image classification is used to human form and motion triggering but is still a work in progress according to the company. When put to use together, the two let the Video Doorbell pro operate much more smartly by differentiating between a visitor or a delivery driver and passing pets or nearby traffic.

“Video Doorbell Pro gives homeowners advanced safety features for significantly less than any other doorbell on the market,” Chad Laurans, founder and CEO of Simplisafe, said in a press release. “Our mission is to make every home secure, and part of the way we do this is by eliminating barriers like frustrating user experiences and price.”

This cozy furniture piece will never let you leave your bed…

In collaboration with the leading global design firm Ideo, SimpliSafe has managed to bring around a device that is not just extremely operational but also pleasing to the eye. It has a slim structure and can easily accessorize with any home style and is also available in differently coloured interchangeable faceplates like obsidian, cloud and jade.

The product also includes an efficient power management system operating from 8 volts to 24 volts offering a wide range of power systems and home designs that the device can be used with. SimpliSafe has also recently launched a home security system and the Video Doorbell Pro makes the ultimate combination with it.

Video Doorbell Pro is currently priced at $170 along with an additional $4.99 per month charge for recording and storing footage. It can be purchased from the SimpliSafe website and is also available in best buy stores across the U.S.