Shortest Man Living on the Planet 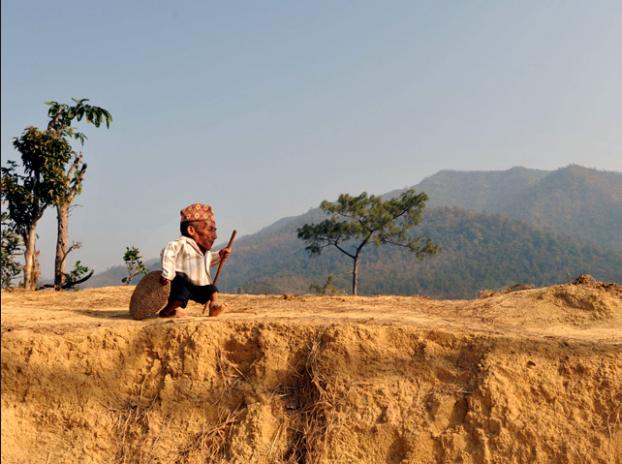 Today a 72 year old man, from Nepal holds the record of being the shortest man living in the world. Named Chandra Bahadur Dangi, lives in a remote village, Reemkholi in Dang district of Nepal. In February, 2012 a doctor and Guinness World Records officials headed to the Nepalese capital Kathmandu to investigate the case of Dangi who claimed to be the world’s shortest man ever. The panel declared Dangi the shortest man, after being measured only 21.5 inches (54.6 centimeters) high. He was the world’s shortest person ever to be recorded in the 57 years history of Guinness Records.

Dangi spends his days making placemats and head straps for villagers to carry heavy loads on their backs. Dangi said he always wanted to travel around the world and hopes to utilize his new earned fame to fulfill his desire. Remember, he clinched this tile from the former shortest man Junrey Balawing of the Philippines, who was 23.5 inches (60 centimeters) tall, making Dangi the shortest man by a margin of 2 inches (5 centimeters).

Hot Pocket will keep you warm and your devices charged on…

This quirky bench designed by Nescafe will make you friends…

TOYOTA FV2 CONCEPT – The Car of the Future