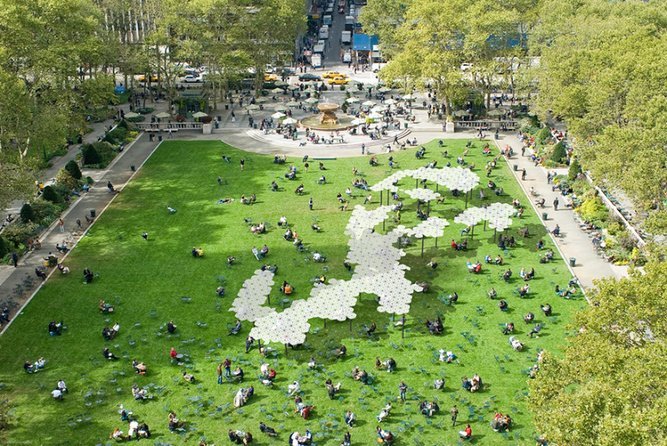 Drones have unique capabilities and a lot of stuff to offer to the world in the field of construction and maintenance. They are being used in the inspection of bridges, pipelines and degradation of power lines etc. They can also play a role in keeping the things just the way we like them.

In Zurich institute for Dynamic Systems and Control Switzerland, the drones are capable of constructing things from scratch. Like in 2011, they revealed a six-meter (20 ft) tall tower made from 1,500 polystyrene bricks that had been arranged by an autonomous drone! Scientists believe that instead of replacing the current techniques of construction, drones would be able to reconstruct all current architectural structures into things beyond our imagination. 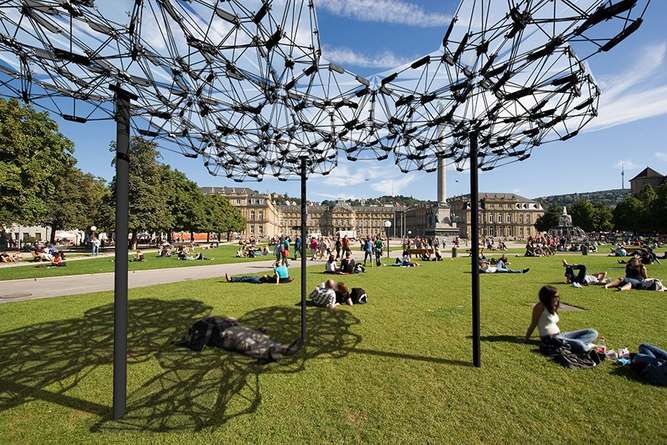 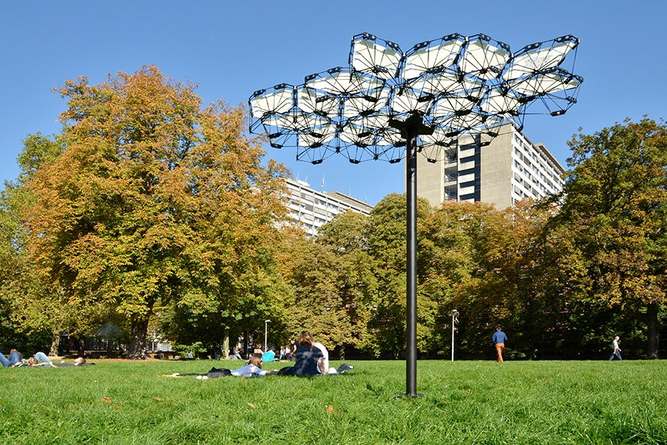 Keeping this idea in mind, a team of master students from University of Stuttgart, presented their thesis on Cyber Physical Macro Materials that provides proof of the capabilities of autonomous drones. Their project consisted of an adaptive canopy that reconfigures itself with the movement of the sun throughout the day. Made out of tech-packed panels, the model consists of a lightweight carbon fiber frame and consists of various sensors, communication modules and sets of magnets that attach to connected panels. 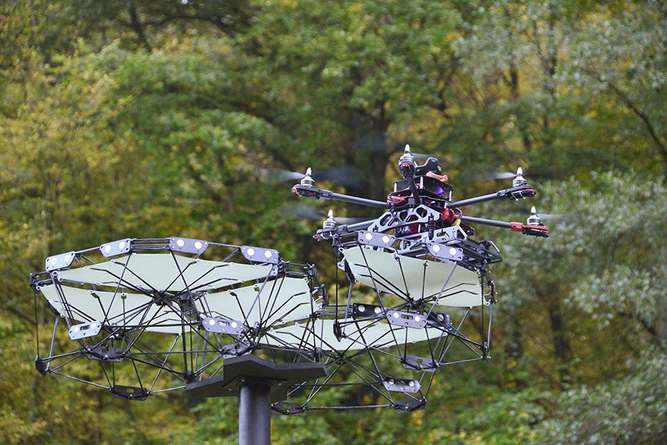 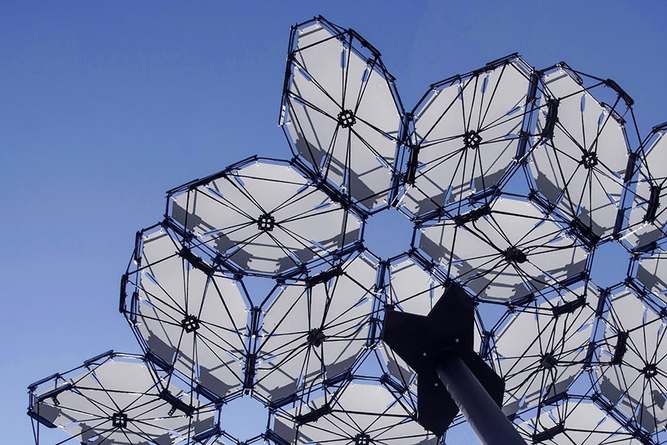 These panels, coupled with the autonomous drones that are equipped with grippers, shift and align themselves according to the environment, which enables them to maintain a shaded area all day. In addition, another algorithm enables it to detect the number of people present beneath it and shift its panels accordingly while keeping its occupants cool. 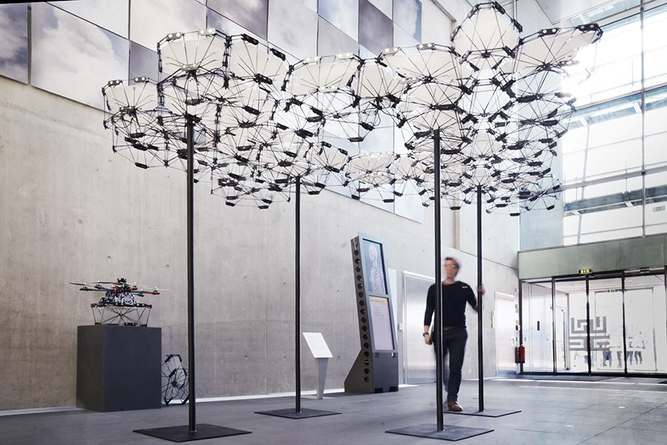 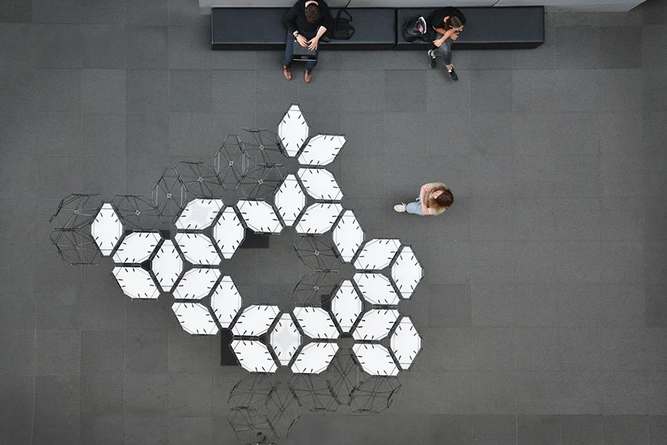 Currently, the system seems unpractical in terms of letting drones buzz around without supervision around humans. Nevertheless, as drone technology advances, it will lead to more agile and quieter drones that might make them suitable for use in the future. According to the team, “With its ability to continuously reconstruct during use, the system challenges pre-conceived ideas of robotic digital fabrication and sophisticated pre-fabrication for architecture. One can imagine an agile versatile canopy autonomously moving through a large public space according to the position of the sun, providing the occupants with shade or actively rebuilding itself to influence the occupants while at times retreating entirely to nearby rooftops.”

CONTINUE READING: DroneShield’s DroneGun can take down drones from 2km away 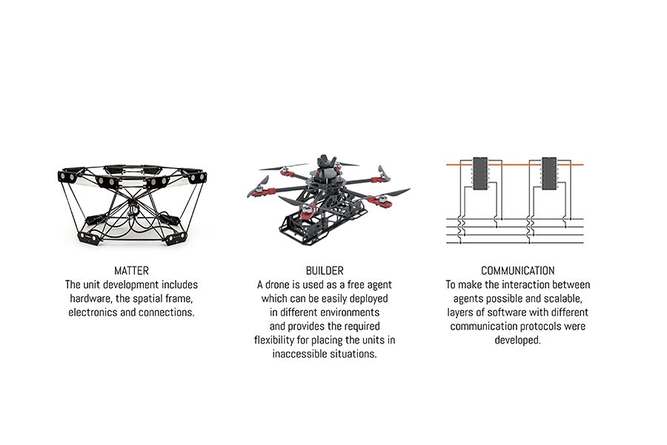 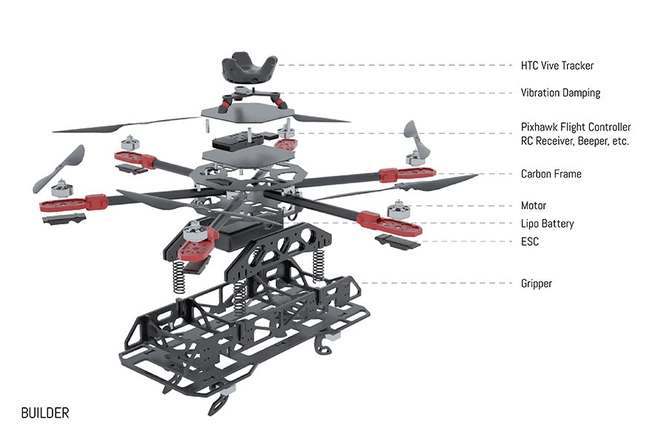 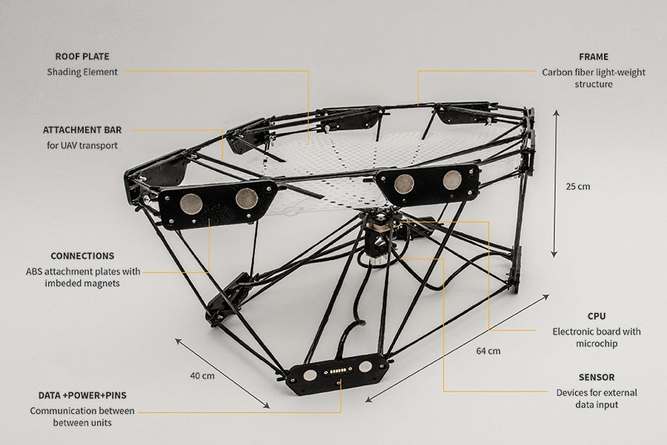 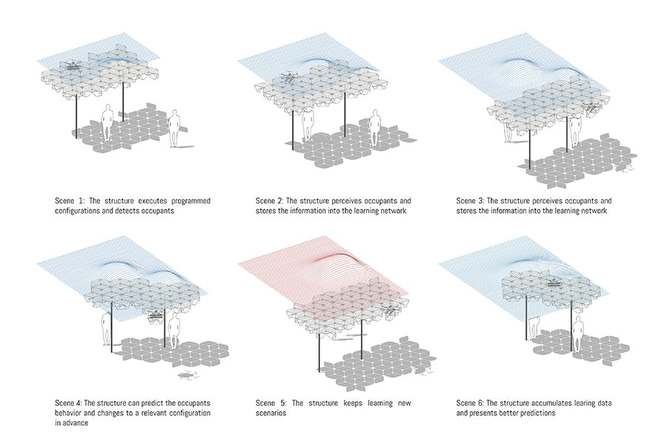 A research paper describing the work was published in the Robotic Fabrication in Architecture, Art and Design 2018.

All Images and Video: Courtesy of ICD, University of Stuttgart