These Microchips capable of Self-Cooling Could Minimize Overheating in devices 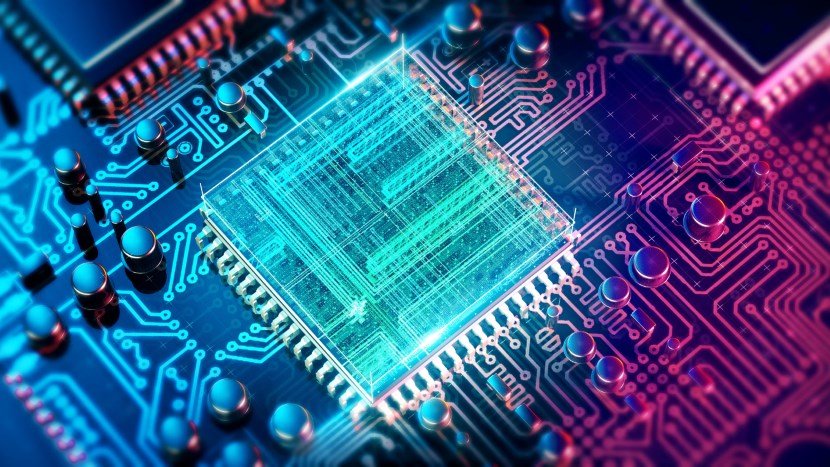 Microchips are essential to a lot of things around us, including our smartphones and credit cards. They are even implanted in pets as a permanent method of electronic identification, and in humans to make a large number of everyday tasks even more convenient. However, the times are rapidly advancing, and not only is there a need for better and more efficient microchips, but manufacturers are also looking for ways to make their size smaller and smaller.

There is a major obstacle in the way, though – overheating. You have probably noticed your phone, tablet, laptop, or any other electronic device overheat and resulting in slower performance. This problem could occur due to the rapid flow of electric current, causing more frequent collisions of charges and ultimately overheating the chip. As electricity meets resistance, passing through those processors, it creates heat. This impedes the processing speed of the microchip. In large-scale computers, this has a negative impact on the environment as well as it devours power and resources with an unquenchable thirst.

In large-scale computers, a large amount of water is needed to curb this overheating. According to an energy-usage report, US data centers are expected to consume 73 billion kilowatt-hours of energy in 2020. This number is extremely concerning, considering each kilowatt-hour of energy requires two gallons of water to cool down the microchip-reliant data processors. This means, they would need 220,000 Olympic-sized swimming pools simply to avoid overheating.

This is where the new self-cooling microchip comes in, which has “buried coolant channels (which) are integrated across the device, allowing for even heat dissipation and management”.

The Moore’s Law says that the number of transistors incorporated in a chip will approximately double every 24 months while the cost of computers will be halved. The overheating of microchips contradicts this law, stated by Intel engineer and co-founder, Gordon Moore, in a 1965 paper. Although manufacturers are always working on shrinking these microchips while packing as many transistors on them, the thermal generation issues must not be overlooked.

In the past attempts at developing self-cooling microchips, the cooling elements were designed separate from the electronics of the chip and then integrated after the manufacturing process. This required a large amount of resources and consequently took a toll on the environment.

“Substantial research efforts have focused on improving the thermal path between the hotspot and the coolant,” explain the authors of a study published in Nature, Remco van Erp, Reza Soleimanzadeh, Luca Nela, Georgios Kampitsis and Elison Matioli. “But heat extraction capability is fundamentally limited by the thermal resistance between the semiconductor [hardware] and packaging.”

“[This team] have made a breakthrough by developing… a system in which [cooling channels] are integrated and co-fabricated with a chip in a single die,” writes the author of an editorial, Stanford University’s Tiwei Wei, a mechanical engineer. “The buried channels are therefore embedded right below the active areas of the chip, so that the coolant passes directly beneath the heat sources.”

The new microchip has been developed by a team of Swedish researchers, led by Remco Franciscus Peter van Erp, at the Swiss Federal Institute of Technology Lausanne (EPFL) by bringing the cooling liquid into direct contact with the chip. This is known as the “microfluidic–electronic co-design,” in which the coolant channels are embedded in such a way that they lie right below the active areas of the chip. Wei says, “[The team have] made a breakthrough by developing a system in which [cooling channels] are integrated and co-fabricated with a chip in a single die. The buried channels are therefore embedded right below the active areas of the chip so that the coolant passes directly beneath the heat sources.”

How The Self-Cooling Microchips Were Designed

According to the editorial, three microfluidic cooling designs have been developed so far. In the first one, the chips were covered by a protective lid and heat was transferred to a cold plate with the help of two layers of thermal interface material (TIM). In the second design, there was no lid protecting the chip and heat was transferred directly to a microfluidically cooled plate through only one layer of TIM.

However, both these designs were inefficient. Despite being capable of transferring heat, the TIM layers produced resistance to the heat flow. The third design solved this issue by incorporating the cooling liquid directly on the back of the chip. This is done in three steps.

According to researchers, the power required to pump the fluid through the channels is very low, while the extraction of heat is very high. Van Erp and his colleagues used a water coolant and designed an electronic component that converted alternating current (AC) electricity into direct current (DC). They found that heat fluxes exceeding 1.7 kilowatts per square centimeter could be cooled using only 0.57 watts per square centimeter of pumping power. “We observed an unprecedented coefficient of performance (exceeding 10,000) for single-phase water-cooling of heat fluxes exceeding 1 kilowatt per square centimeter, corresponding to a 50-fold increase compared to straight microchannels, as well as a very high average Nusselt number of 16,” the study says.

Drawbacks Of The Self-Cooling Microchips

Tiwei Wei adds that the stability of the gallium nitride layer in normal operational conditions needs to be further studied. The adhesive used to connect the microchannels during manufacture also hinders the stability and productive efficiency of the chip. The adhesive cannot operate in temperatures more than 120°C, which means it would disintegrate in the temperatures in typical manufacturing processes, which can reach 250°C.

Another obstacle may be the use of water as a coolant due to the risk of freezing or contact with the chip. Until suitable coolants are examined in the future, this will also remain a serious impediment in the manufacturing process.

Wei writes, “[W]e anticipate that the co-design of microfluidic and electronics will be appropriate for energy-efficient thermally-aware electronics design. This may aid in solving critical challenges in electronics applications, as well as enabling future integrated power converters on a chip to support the electrification of our society in a sustainable manner.” He adds, “Despite the challenges still to be addressed, [this] work is a big step towards low-cost, ultra-compact and energy-efficient cooling systems for power electronics,”

The most expensive Rolls Royce: The bespoke Sweptail

These are the best places to visit in USA in December