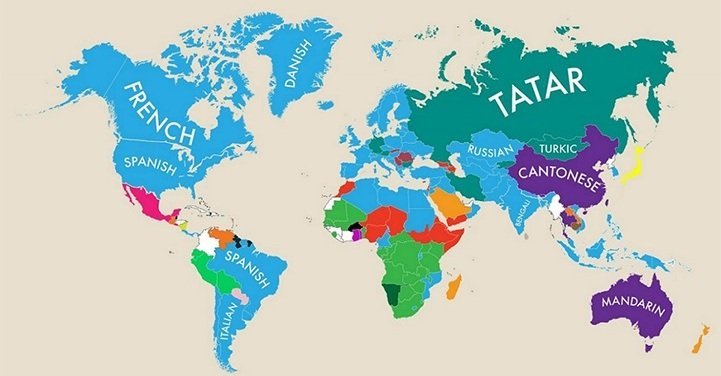 If you plan to explore different parts of the world, then you probably need to know the languages spoken in that region. Thankfully, MoveHub has taken care of this issue for people who need help with relocations around the world. The website has released an interesting infographic which highlights the popular second languages used in every part of the world.

While you might think of English, French, Spanish and Italian as the most widely used second languages all around the globe, the infographic tells us a different story and reminds us that world is much more diverse than our imagination.

English, quite obviously, tops the list as it is used as a second language in 44 countries worldwide. However, there are rather unknown languages which make it to the top ten of the most popular second languages list given by MoveHub. These languages include Creole, Kurdish and Quechua.

The infographic does not only prove to be helpful to people moving abroad but also shows how colonization and imperialism has influenced the cultural heritage of several areas. This is the reason why UK’s second language is Polish, US’s Spanish while Canada’s is French.

So, if you are interested in vacationing in a different part of the world or just want to know a bit more about the places other than the one where you reside, then this infographic definitely deserves your attention.