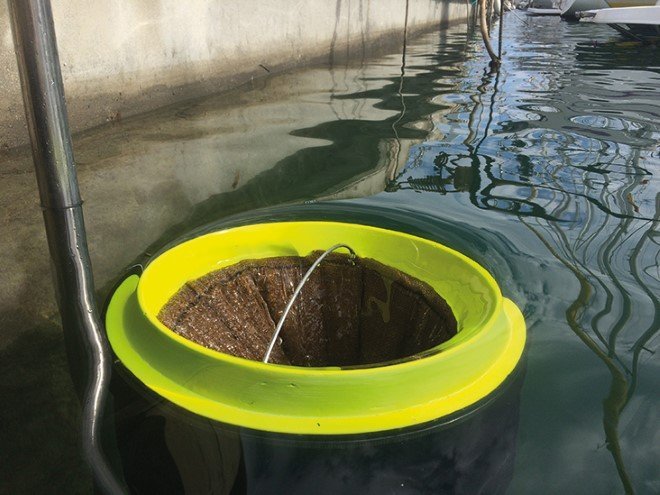 We all know ocean pollution is increasing day-by-day and there is a dire need to control it. The waste is actually quite harmful for the sea creatures, for instance turtles might eat plastic bags by mistaking them as jelly fish. The plastic bags then accumulate in their stomach, ultimately leading to their demise. Similarly, sea birds also consume these plastic bags, thinking of them as food.

Still don’t believe me when I say there is more waste in water than we can even imagine? Let’s see – the ocean is filled with 8 million tons of waste which is enough to fill five shipper bags for every foot of seashore on the planet! Having realized that, many have actually felt guilty and thus presented solutions. Amid such people are two surfers, Andrew Turton and Pete Ceglinski, from Perth, Australia.

They have quit their jobs in order to put all their time and effort in this cause. The two have made an ocean vacuum that basically sucks waste and oil from oceans, and it’s called ‘SeaBin’. So, wondering what it looks like? Well, it’s like a fish tank’s filtration system but has the capacity to clean an entire ocean! The bin floats on water and sucks the floating waste. It also has a pump that draws water into it along with the waste. It catches everything that floats on water such as plastic bottles, oil fuel, detergents and works 24/7 throughout the year.

Inside the pump, there is an optional separator system which removes oil and detergents from seawater before discharging it into the ocean. The inventors say that the bins can easily run 24 hours a day and are both easy to clean and empty. The traditional method which is sometimes used for sea cleaning is quite hectic as well as expensive. It basically involves a person who physically removes waste from water or sometimes using boats, equipped with nets, to remove the waste. 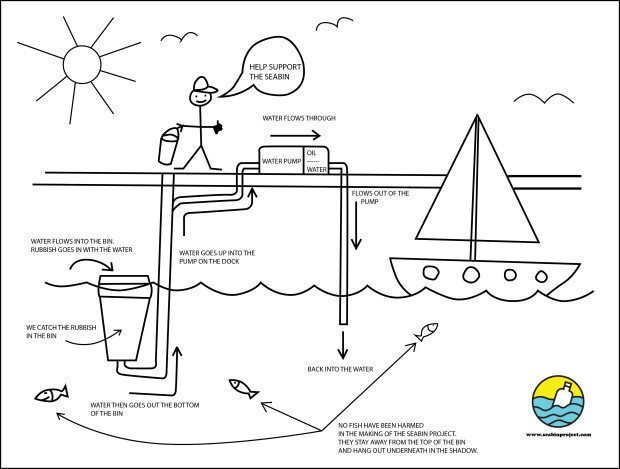 This diagram shows how the Seabin works. (Image: INDIEGOGO/SEABIN)

In a design center in Palma de Mallorca, Spain, the inventors designed a prototype of Seabin but now they are focusing on producing it on large scale for harbors and yacht clubs as their potential market goal. The two surfers are turning to crowdfunding for large scale production of Seabins.

According to the Seasbin’s website, “It’s a big mission, but it can be done. In fact, we’re doing it right now. We want to build it in the most sustainable and ecologically responsible way we can. Mr. Ceglinski told the Australian Broadcasting Corporation  that, “It’s quite expensive to that that is why we are giving crowd funding a go.”

Interesting fact: To make a positive domino effect, the Seabins are being made by the plastic caught by other Seabins!

As for the price, these bins cost $3,825 (£2,500) each and are designed in such a way that they can be placed in harbors. These bins should be made compulsory at all harbors because it’s high time we address the ocean pollution!