Scrobby is an autonomous robot to clean off dust from solar panels. 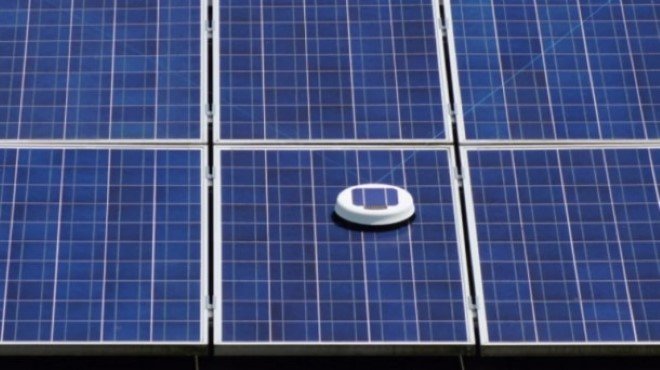 Cleaning solar panels has always been a troublesome task but highly necessary. To ensure optimal working conditions for solar panels it has been essential to safeguard that there is no dust/sand cover on the devices. According to research, solar panel efficiency can decrease up to 40% if cleanliness is not up to the mark.

To prevent such drastic decrements in efficiency, engineers have come up with new technologies to aid to the tedious cleaning process. In the modern world of automation, these engineers have managed to develop a fully autonomous robot that cleans solar panels. Yes, you read it correctly. Scrobby, the robot is responsible for washing and scrubbing all sorts of domestic solar panels.

Scrobby is proficient enough to clean solar panels that are at angles of up to 75o. Not only that, it has the capacity to clean panels as big as 10x20m and the only thing stopping it from cleaning larger panels is its wire tether attached to it for safety purposes i.e. to prevent it from falling on someone’s head or even taking a fall from the roof and ending up rupturing itself. 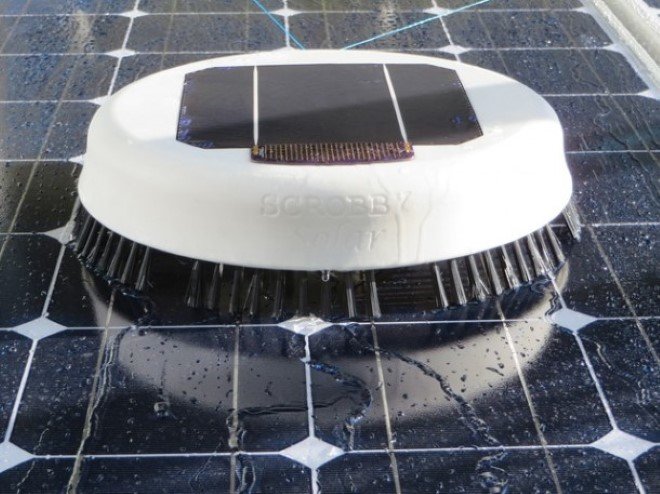 The Hummer is making a comeback as an all-electric 1000…

MATE exoskeleton aims to reduce the effect of physically…

This robot completely works on its own by taking commands from the owner by an app. The user delivers orders through the app via Bluetooth to the robot in order to carry out any task while the owners sit in in the comfort of their homes.  If you think that is convenient, you will be even more ecstatic to find out that Scrobby does not require anything specific from you to do its job. Its power is provided by solar panels attached to it, which charge its batteries, hence no external power is required. Furthermore, the device can fulfill its cleaning requirement through the docking station present. This collects rainwater in order to fill its tank and clean according to the times assigned on its inbuilt schedule decided as per the dust conditions of the area.

While Scrobby exists purely for domestic use, engineers have also designed and manufactured solar panels for Industrial usage as well. This includes the large and bulky Ecoppia E4, which is currently in use by Israel to clean its dusty solar panels.

These developments in technology-to increase convenience-surely encourage people to shift to more sustainable sources of power and if robots like Scrobby keep getting developed, solar panels will be a widely acclaimed source of energy.