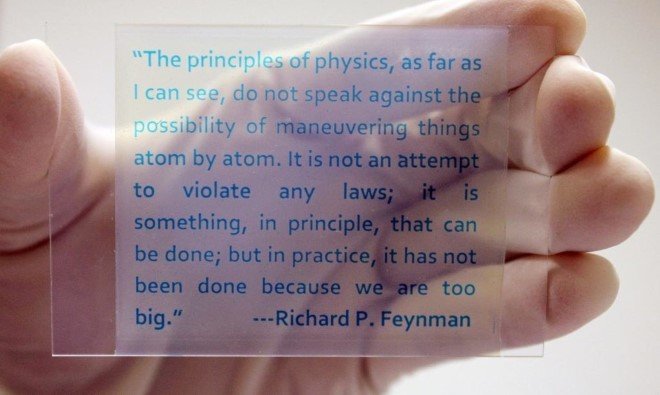 “Why do you need to print when you can just read it on your laptop?” – over the past decade, we have somewhat become cautious about how we use paper and have tried to cut down on printing knowing its enormous carbon footprint. Unfortunately, we cannot eliminate the use of printers just yet but we can modify the way it works and make it slightly environmentally friendly.

A team of researchers from Researchers from Shandong University in China, the University of California, Riverside and Lawrence Berkeley National Laboratory have come up with a new printer that uses light instead of ink which not only makes it cheaper but environmentally sound as well. The principle is quite easy to understand – the new special nanoparticle coating easily adheres to paper and changes colour when ultraviolet (UV) light shines on it. The best part is that the colour change is reversible; all you need to do is heat the coating up to 120 degrees Celsius (248 degrees Fahrenheit). This feature allows up to 80 rewrites!

According to the researchers, this high-resolution light printing technique can be used everywhere; from newspapers to labels. This technology not only saves the cost of ink and paper but also the environmental cost of recycling and disposing, making it economically and environmentally sustainable.

Many might assume that the printing quality wouldn’t be up to the mark but one of the research team members, Yadong Yin, from University of California said, “the special light-printable paper has the same feel and appearance as conventional paper, but can be printed and erased repeatedly without the need for additional ink”. He added, “Our work is believed to have enormous economic and environmental merits to modern society.”

Amazon introduces Key for the garage to thwart missed…

Coming towards the ‘special’ nanoparticles that are being used; they are a fusion of ‘Prussian blue’ and ‘titanium dioxide’. Prussian blue is a blue pigment that is commonly found in paints which loses its color upon gaining electrons whereas titanium dioxide is a photocatalytic material that accelerates chemical reactions in the presence of UV light. Upon mixing these two substances together, solid blue coating forms. When light (UV) strikes this coating, the TiO2 particles become excited and release electrons which cause the Prussian blue pigment to become colorless. Now you are probably wondering how does it print black if the Prussian blue turns colorless. Apparently, this printer prints the ‘blank’ parts of the page, hence leaving behind the required text. 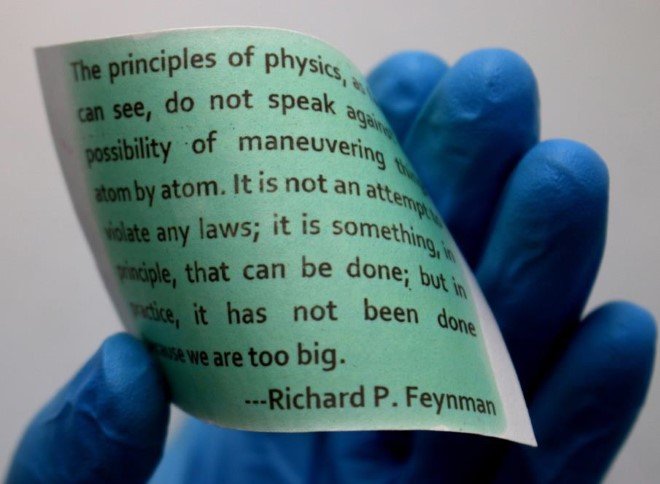 Furthermore, the printing stays for a good five days after which it begins to fade away. The researchers believe that it will not be expensive when used commercially as the coating is easily applicable and a page can be reused eighty times which makes it all the more appealing! Currently, 40% of the waste in America is discarded paper and a whopping 68 million trees are cut down to create stationery that we so carelessly use.

In an interview, the team said, “Our latest version of light printing is more stable, more straightforward, and cheaper than anything that’s gone before. Our immediate next step is to construct a laser printer to work with this rewritable paper to enable fast printing. We will also look into effective methods for full-color printing.”