Say goodbye to broken phone screens! Scientist have developed a glass that can repair itself! 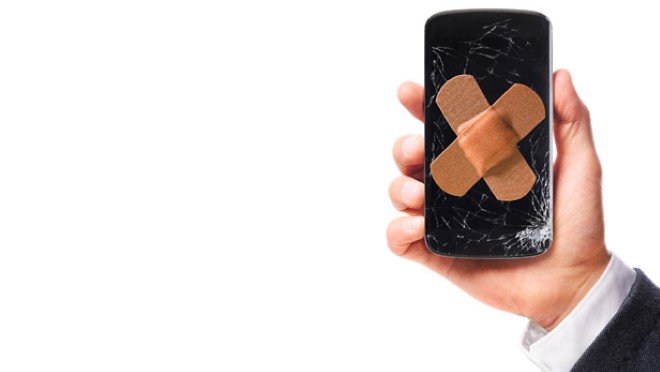 Every time we get a new phone, we promise to take care of it and to never drop it – right? Within the next few days, weeks or months, we ultimately lose our grip. If we’re really lucky, ours phones won’t have a single scratch but the chances of us being ‘really lucky’ are close to zero. So, what actually happens is the complete opposite and much worse. In addition to multiple scratches and a broken heart, we go home with a broken screen too!

But what do they say? Time heals everything – even a broken glass screen.

Wondering how? Well, a team of Japanese scientists has developed the all new ‘self-healing glass’ which has the ability to fuse back together when pressure is exerted on it. While studying new adhesives, researchers at the University of Tokyo accidentally discovered this ‘magical’ polymer. During their research, one of the team members identified the absurd characteristics of a polymer which was initially being used as a glue. The polymer seemed to adhere to itself when compressed, cut or held together for around thirty seconds at room temperature i.e. 21 degrees Celsius.

Yu Yanagisawa, a graduate student of the chemistry and biotechnology department, decided to investigate into this ‘accident’ and ran a series of experiments to ensure whether the ‘self-healing’ was indeed a phenomenon or not. To everyone’s surprise, it actually existed. While talking about this discovery, the team said that the glass is made up of a low weight polymer called ‘polyether-thiourea’ which basically uses thiourea to increase hydrogen bonding in the material when it is broken or cut. 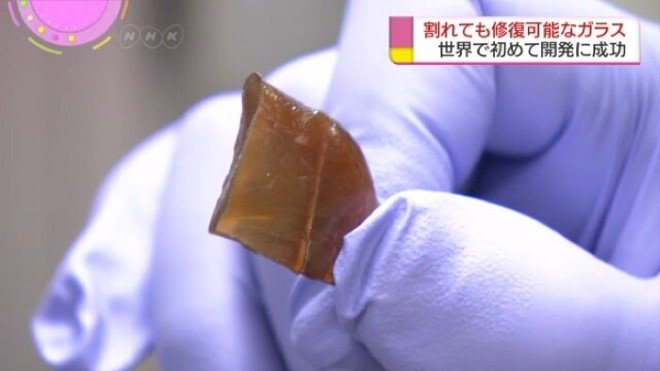 You will never get attacked by mosquitoes again with Nopixgo…

Even though the self-healing materials do exist, polyether-thiourea distinguishes itself from all others because the structure of this polymer is robust and has the ability to heal on its own – the combination is quite rare in the science world. Moreover, what makes this glass unique is that it heals at room temperature; normally high temperatures are required to induce bonding behavior in polymers that lead to self-healing.

Californian researchers took interest and tried to study the self-healing process in mobile screens. They realized that it was possible but required almost twenty-four hours to completely heal itself. Apart from this polymer’s use in mobile screens, it can also be used in the field of medicine. For instance, it can be used to strengthen bones and engineer tissues in human bodies! However, there’s a lot of research and experiments to be conducted before it can be of any medical use.

For now, the Japanese team is quite happy as they have finally found a way to put an end to broken phone screens! This will also reduce the environmental impacts caused by the disposal of electronics. Yanagisawa concluded, “I hope the repairable glass becomes a new environment-friendly material that avoids the need to be thrown away if broken.”

Here’s to never worrying about breaking our phone screens again!

Magical ‘Lost Cottage’ on the Irish county has to be your next holiday getaway!