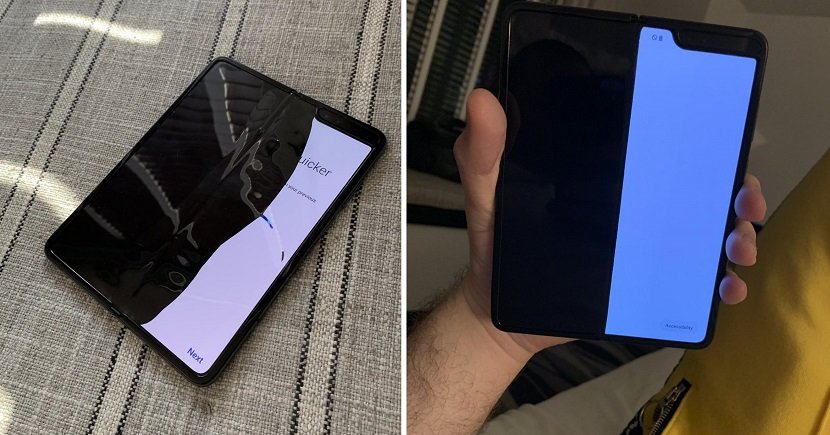 While the news of the latest Samsung foldable smartphone took the world by storm, reviewers have already begun to face catastrophic issues. The $2000 worth smart phone, began showing signs of trouble just within a week of purchase. The screen first flickers and then later turns into a black abyss.

Lately, the company promoted the sales of their new product by advertising its foldability and flexibility. According to previous reports, Samsung stated that the screen could be opened and closed 200,000 times, 100 times a day for the next 5 years, without imposing damage and even supported their claim with a video release.

In 2014, iPhone faced a similar controversy regarding the iPhone 6 plus where the consumers reported that the phone would bend inside their pockets. Samsung has now jumped the bandwagon but there are still hopes to salvage their reputation if they are able to fix this drawback.

Various tech savvy reporters have voiced their opinions on twitter regarding the issue followed by multiple videos demonstrating the broken screens. ‘The screen on my galaxy fold review units is completely broken and unusable just two days in’, complains Mark Gurman from Bloomberg. The CNBC Tech editor, Steve Kovach, also revealed a picture showing the left hand side of the screen was completely destructed.

I got this far peeling it off before the display spazzed and blacked out. Started over with a replacement. pic.twitter.com/ZhEG2Bqulr

These rare photographs of deserted Great Wall of China look…

Samsung has backed up these allegations by claiming that the fault was occurring when a top layer of the screen was removed when it shouldn’t have been. Removing the protective layer or adding adhesives to the main display may cause damage,’ the Samsung spokesperson said. ‘We will ensure this information is clearly delivered to our customers.’

The phone comes with this protective layer/film. Samsung says you are not supposed to remove it. I removed it, not knowing you’re not supposed to (consumers won’t know either). It appeared removable in the left corner, so I took it off. I believe this contributed to the problem. pic.twitter.com/fU646D2zpY

The release of the highly priced Galaxy Fold ($ 1,980 on sale) has now been postponed and is set to hit stores in the next few weeks when the issue is resolved.