Samsung demoed a prototype of their folding-display phone at the 2018 Samsung Developer Conference (SDC). They call it the Infinity Flex Display. It unfolds from smartphone to tablet. It seemed a regular phone with a usually sized touchscreen and kept cleverly concealed behind a bulky casing. Its deliberate backlighting helps the device to maintain the mystery. 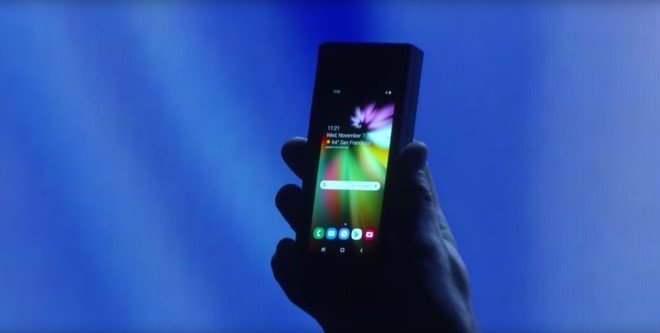 Samsung hasn’t yet given the full specifications, but they focused mainly on the display and its multi-tasking capability. Samsung has developed a new interface known as ‘One UI’ to utilize this unusual layout of the device. With the help of One UI, the apps being used on outer display can be quickly carried across the inner screen. It also allows the users to use up to 3 apps on the larger display to make full advantage of it. You would be able to watch Youtube, surf Facebook and write a message at the same time.

Samsung wanted to keep some details in the dark. During the demo, the stage lights were dimmed. The screen itself was clear, but the physical shape of the device wasn’t. However, Samsung said that it used an advanced composite polymer that is both tough and flexible. The display is made up of a bendable polarizer, backplane, cover window, and shock-absorbent film. A new foldable adhesive is used to stick the layers together through hundreds of thousands of folds.

With Elon Musk’s Neuralink, the human brain can be…

SEE ALSO: MagicScroll is a 3-D printed flexible touch screen tablet that you can roll 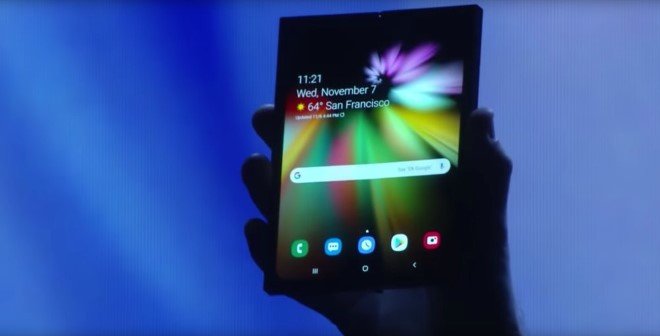 Samsung hasn’t announced a release date yet for the Infinity Flex Display in 2019, but according to the sources, the company will be able to produce these foldable screens in the coming months. LG and Huawei have already announced their intentions to launch phones with flexible displays in a year or so. If that’s the case, then 2019 is going to be the year of the folding phone.

CONTINUE READING: ‘FlexEnable’ is a a 4.7 inch flexible screen that you can wrap around your wrist