Royal Navy Warship 2050 will be a force to reckon 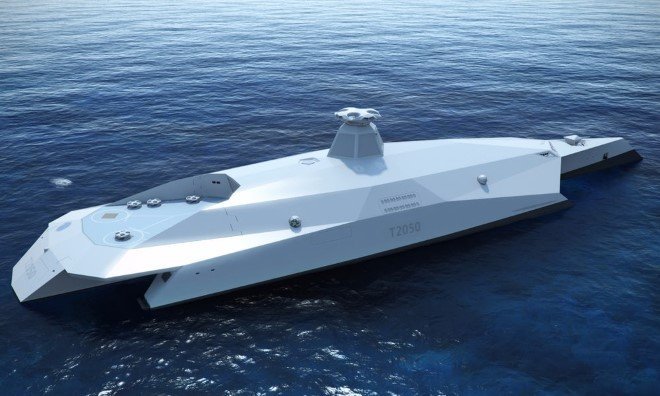 If you are one of those who keep up with artillery and military vehicles, you would probably know about the battleship HMS Dreadnought that became a part of the Royal Navy in 1906. In no time, she became everyone’s favorite with her 12-inches guns and high-speed capabilities. Even though this was more than a century ago, the British Ministry of Defence (MoD) think-tank project Startpoint couldn’t let go of this beauty and hence came up with a new version of this Dreadnought known was the Dreadnought 2050.

The all new Dreadnought 2050 is an automated fusion-powered surface warship that has lasers, hypersonic missiles, a high-tech composite hull as well as torpedoes that have the ability to move at the speed of 300 knots (555 kilometers per hour). Currently, the Dreadnought 2050 is merely a collection of concept images, and if it is ever built it will be colossal – I’m talking about 155 meters long, and 337 meters abeam!

In addition to this, the Dreadnought 2050 will have a streamlined stealth profile and an ultra-strong acrylic hull whose translucence level can be varied in order to improve the views. Furthermore, to reduce the drag force and further stabilize the hulls, the exterior is coated with graphene. All these hulls have ballast tanks so that they can be filled with water in order to make this warship submersible for stealth operations.

Moving on, this warship can move at the speed of 50 knots on water as it is propelled by silent electric water jets that are in turn powered by a fusion reactor or super-efficient turbines. The coolest part is the quadcopter that hovers over the ship! It is attached by a power tether composed of carbon nanotubes, and has the ability to accommodate multi-spectral sensors and laser weapons. This isn’t it. The periphery of the ship is armed with energy weapons and hypersonic missile launchers. 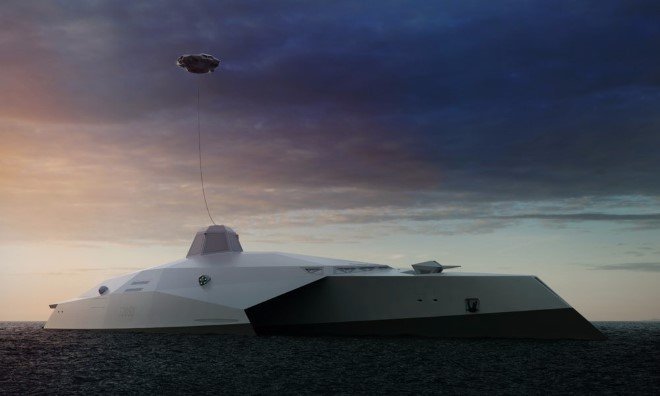 The Dreadnought 2050 also has a huge flight deck as well as a hangar to launch and recover multiple Unmanned Aerial Vehicles (UAV). According to the team, these will be made from 3D printers, and the UAVs will have the ability to attack targets and carry out surveillance. This still isn’t it! There will be a large floodable dock underneath which will not only store and dispatch weapons, Unmanned Underwater Vehicles (UUV), Royal Marines and divers but will also have a moon pool which will basically be a secrete passage to enter and exit the ship. Sounds like something we see in movies, no?

Do you know the simplest and cheapest way to defrost your…

Nuclear Attack? Natural Disaster? No Fears! You Can Stay…

Moreover, there will also be an electromagnetic railgun which will fire smart munitions at hypersonic speed – meaning that they will destroy things by their kinetic energy and not by the traditional method of explosives. 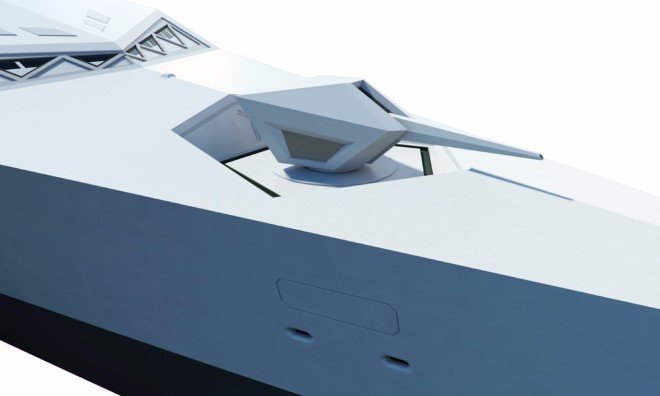 As for the command table, it is a 3-D holographic table which will offer next level situational awareness. There’s so much flexibility and freedom on this warship. For instance, the captain can even rotate and zoom the stereo visual display to have a better view of the battle at sea, land, underwater or in air! The Senior Executive, Muir Macdonald, said, “While some of these technologies push today’s boundaries in science and engineering, there is no reason why elements could not be incorporated into future designs. The Royal Navy needs visionary, innovative thinking and these concepts point the way to cutting edge technology which can be acquired at less cost and operated with less manpower than anything at sea today in the world’s leading navies.” 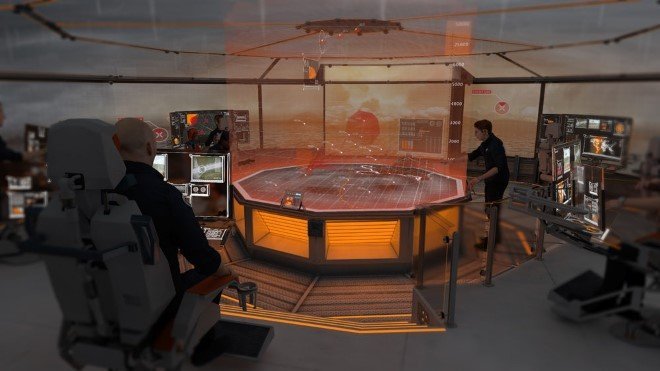 Lastly, this technology will enable the captain to fix visual contact for thousands of miles, maintain secure real time, and even secure video, voice or data connections with the headquarters in Britain. And because of this technological revolution, the crew size will decrease from 200 to 100 or even 50!