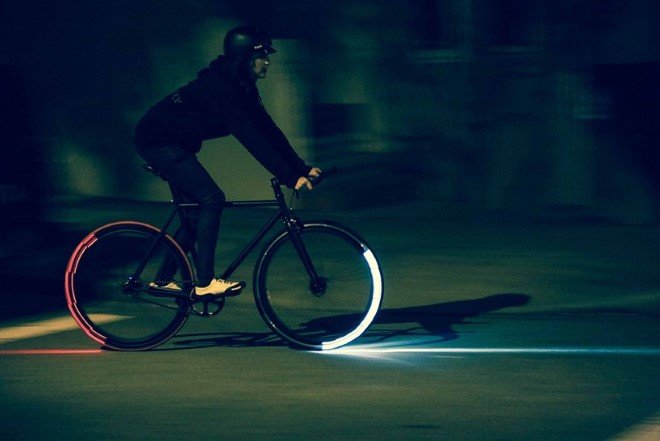 If you are an enthusiastic cyclist, you must know about Revolights, for they define originality. The rim-mounted LEDs transform the cycle’s wheels into surreal head and tail lights. Upon receiving an overwhelming response, the company decided to play around and release a new version. Wondering what they have got in store this time? Let’s take a look. 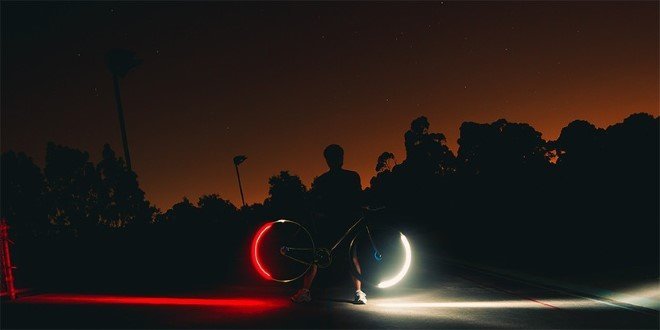 The all new Eclipse+ offers wireless functionality. The base Revolights system is pretty much the same; there are four rings, each ring contains 12 LEDs which are placed at fixed intervals. Out of these four rings, two rings – containing white LEDs – are placed on each side of the front wheel while the other two rings – containing red LEDs – are placed on each side of the rear wheel. So, once the bike is moving, the lights blink at a frequency which resonates with the speed of the bike.

The front half of the front wheel lights up along with the rear half of the rear wheel. Are you confused? Just imagine a set of illuminated parentheses on the go. Got it? Excellent. This way, not only the sides are illuminated, but there’s enough light at the front as well as at the back of the cycle. If you are wondering how bright this light this, the company states that the front set of the white LEDs produce around 280 lumens. 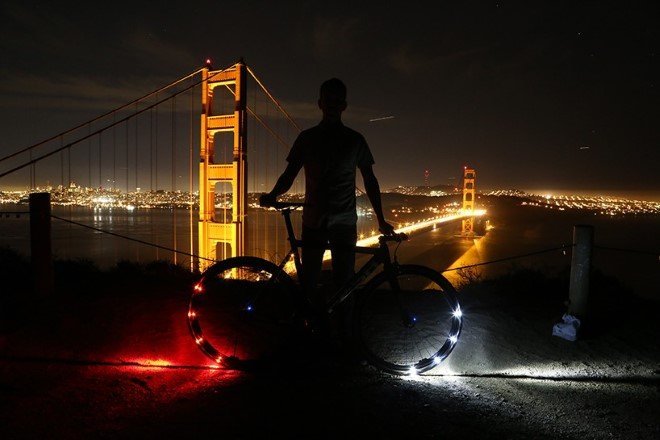 While this product also offers all those features that the previous version, Eclipse offered, such as an accelerometer-activated brake light. The Eclipse+ comes with the Revolights app which obviously means more/fancy features! Not only can you monitor the battery life, the speed of the cycle as well as the weather forecast before going out for a ride. You can also switch the lights off either using your phone or by allowing the app to do so in accordance with the daylight. In addition to this, there’s also a ‘turn signal’ function which is accessible through the app or the remote located on the handlebar or by the gesture recognition (provided the support smartwatch is strapped on). Upon using this feature, the rear ring lights up in full circle on the side towards which the cycle is headed. This flashing light, red in colour, increases the safety of the cyclist as all those near and far can see the direction in which the cycle is moving. 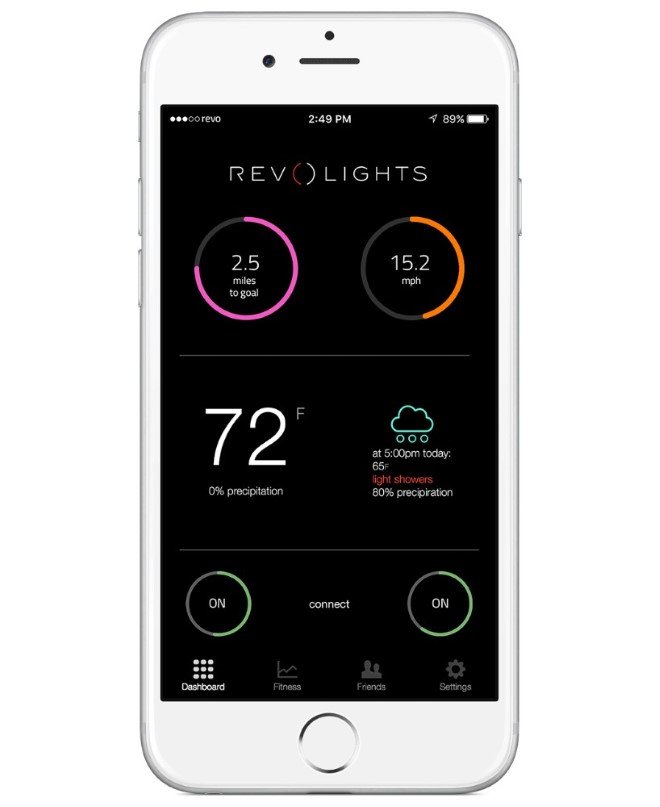