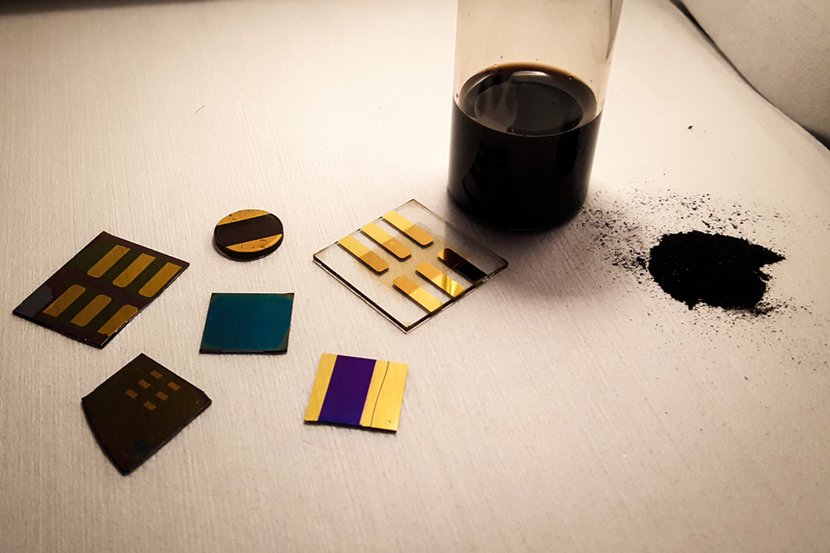 Image Courtesy of the Researchers at Massachusetts Institute of Technology
Share

Researchers have discovered a new perspective to make use of ordinary coal i.e. creating electronic functional devices. Never-before studied properties reveal that coal could have a much more profound and significant use than as a mere combustible substance.

Coal became an integral part of the global society decades ago. Burning of fossil fuels like coal allowed the revolution of the century. Coal can do it all; generate electricity to power entire cities, heat spaces in winters and make steel.

However, recently coal had been labelled as a dirty material. This notoriety rose with the rising levels of atmospheric carbon dioxide as a pollutant. Coal mining was just starting to become a frowned-upon practice.

People have used coal to keep their homes warm for as long as 2000 years. Coal transitioned from heating and cooking to a key source for steam power. Since the dawn of Industrialization, coal-generated steams for engines, powering the most dominant vehicles of the era – railway engines and trains. In the ’80s, coal was budding as a source for generating electricity. By 1960s it was a source as common as it is today for our power needs.

However, the drastic environmental impacts have led many countries to wane their coal consumption. China has lowered its coal consumption since 2013, whereas the US has not seen consumption as low as in 2017 at least since 1979.

With this new research, coal can well enough gain back its reputation and value in this new eco-world.

The molecular complexity of unpurified coal can become the basis for solar panels, batteries, or functional electronic devices. This has been proved successfully by Professor Grossman and his team of researchers, in their paper published in Nano Letters.

The first demonstrative device was a simple heating device that has a broad range of possible high tech uses. The researchers were able to transform traditionally low-tech coal into a device that has potential in defrosting car windows or aeroplane wings or as part of a biomedical implant.

This process led the way to the characterization of the different kinds of coal; commonly known anthracite, lignite, peat and bitumen. These were first transformed into thin films after being crushed and formed into a solution. The films were then studied for electrical, chemical and optical properties.

Grossman and his team were able to create thin coatings that could be easily manipulated in terms of their electrical conductivity, porosity and other properties.

Carbonaceous heavy hydrocarbons are a result of millions of years of geological actions like heat and pressure of decayed plant matter. Unlike synthetic electronic substances that are simply processed nanomaterials, through natural formation, the atomic configurations come in a plethora of configurations

This is where the team questioned the possibilities of utilizing the richness of coal’s chemical build up. The solution: Laser Annealing.

By this method, they slowly heated the carbonaceous materials with a laser beam. This process diffuses the oxygen below the surface, oxidizing the material internally.

This created ultrathin layers which were then deposited on a substrate. The patterns created by etching and depositing of these layers made of various carbonaceous materials, in turn, produced a variety of functional devices.

Complex structures allowing for a variety of functional devices

This complexity of structures essentially means that different combinations of feedstock materials – coal, petroleum steam cracked tar, pitch etc. and timing and strength of annealing laser pulses can give rise to innumerable controllable properties. This includes physical, optical, electrical, magnetic properties, all of which can form a new device every time and that too on a single substrate.

Even though in the normal process, laser annealing is only used to change the colours of metals, but in their experiments, the team used it to alter the properties of the carbon-based devices. “You add a little more tar, a little less pitch, or a little more of any of the other things that we highlighted in the paper. That could give, for example, the ability to make, within the same film, a membrane, an electrical device, and an energy storage system, so on and so forth, on-demand,” Ferralis explained.

The future of coal-based functional devices

In contrast to the tradition fossil fuel processing, the team took heavy hydrocarbon complexes and instead of breaking down and separating the mix, used them in their natural form.

This discovery could have an enormous impact on the costing of simple electronics. Traditionally, chip grade silicone or graphene are used in the making of electronics.

Even though silicone, for example, is the second most abundant element in the Earth’s crust, it does not exist in a pure state. It is found in ores, usually as Silica, and needs to be purified before it is ready for use. This process is not cheap.

Graphene production is not only costly but the other major drawback that arises is surface contamination (silicon contamination makes up about 50%). Because of this, graphene could not become the next big thing after silicon.

However, with Grossman and his team’s discovery, the cost of production could be impressively cut down. Another aspect that makes coal an attractive alternative is reproducibility. It has several properties that can be adjusted in terms of adjustability of its properties, conductivity, robustness and thermal stability – all for no added costs.

Grossman believes that this new material is not only scalable but also very diverse; capable of being integrated into just about everything, from batteries to electronic devices to solar panels.

This only leaves the question whether such an advance material was always present in plain sight yet overlooked all this time, and could this revolutionize electronics for the times to come?