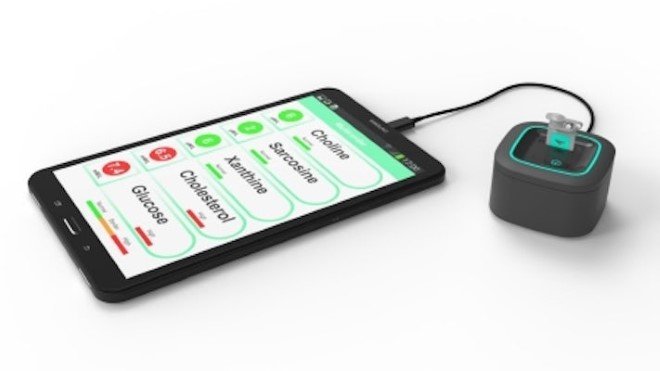 Researchers at the University of Glasgow have designed a small, portable device that scans people for disease biomarkers and helps with their diagnosis. The design for this multicorder, influenced by the tricorder in Star Trek, is aimed at helping doctors diagnose or determine the progress of a disease in a patient.

Samadhan Patil who is the lead author of the research said; “We have been able to detect and measure multiple metabolites associated with myocardial infarction, or heart attack, and prostate cancer simultaneously using this device. This device has potential to track progression of the disease in its early phase and is ideally suited for the subsequent prognosis.”

A metal oxide semiconductor (CMOS) chip has been placed at the core of the device. It is a cheap and effective sensor that is commonly found in imaging devices. The sensor in this device has been split into four reaction zones, each one of these zones watches out for the varying metabolites that are the molecules of biomarkers found in bodily fluids. Doctors can diagnose patients based on the absence or presence of these molecules and also by observing the quantity present.

RECOMMENDED: Researchers are planning to begin human trials of a vaccine that cured 97% of cancer cells in mice 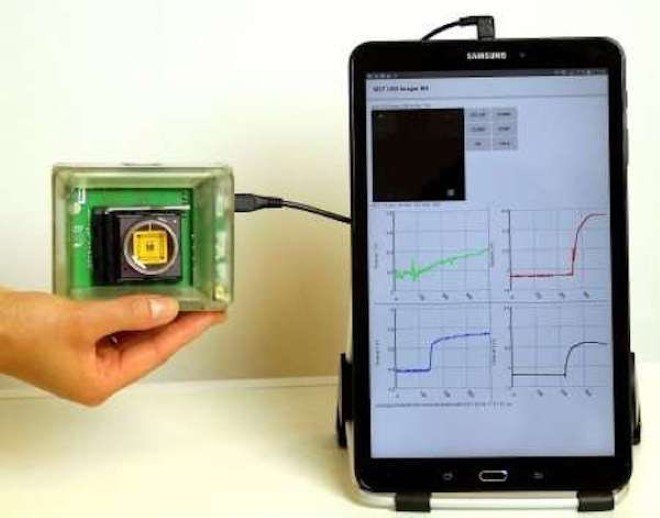 The CMOS chip is 3.4 x 3.6 mm in size and the device can easily fit in the palm of one’s hand hence making portability a key feature. It connects, using a Micro USB, to an Android phone or tablet and draws its computing power from it. Another important feature is the speed at which results are acquired i.e. up to two minutes.

Qualcomm organizes an XPrize competition for teams to participate in and present their designs for devices like the medical tricorder, whilst others have been engrossed in environmental sensing, even for keeping unwanted GMOs under control.

The new study was published in the journal Biosensors and Bioelectronics.

CONTINUE READING: The world smallest computer is tinier than a rice grain and can help fight caner

All Images: © University of Glasgow