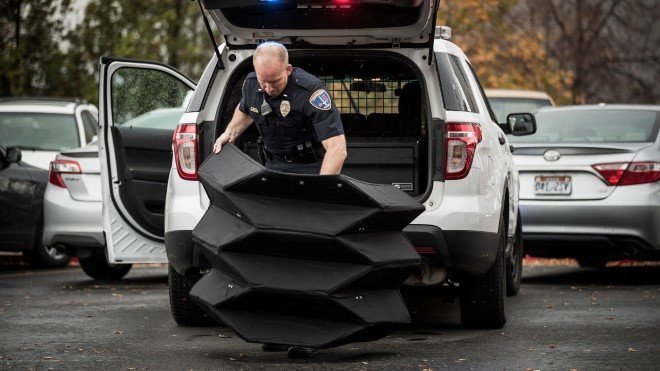 Origami is simple yet so elegant, wouldn’t you agree?  It is no surprise that a bunch of engineers at Brigham Young University (BYU) took inspiration from this Japanese art of paper folding to create a bullet proof shield.

The team, headed by Dr. Howell, has come up with a ballistic barrier made up of twelve fine layers of Kevlar fiber weighing as much as a large suitcase. It has the power to stop projectiles from most typical handguns. The best part about it is that it can be folded when not in use, hence making it portable and easy to handle. Just as it takes a couple of seconds to unfold an origami bird, it takes up to five seconds to expand this bull proof shield!

During the trials, the shield was able to stop bullets from guns as small as a 9mm pistol and as big as the 0.44 Magnum ‘hand cannons’. The exact weight of this bullet proof shield is 55 pounds which is equivalent to 25 kilograms. This is a big achievement as conventional bullet proof shields weigh up to 100 pounds! As for the design, the barrier has a Yoshimura origami crease pattern which expands around a policeman providing protection not only on the side but also in the front.

When it is completely folded, the origami bullet proof shield is only 18 centimeters thick and is 120 centimeters tall when deployed. While working close with the law enforcement, the team realized that most of the bullet proof shields haven’t improvised much in these few decades as they are still flat, plates of metals that cover a person. Moreover, due to their weight, it is difficult for the officers to move the shields from one place to another and position them accurately.

This concrete house is nothing what it looks like from the… 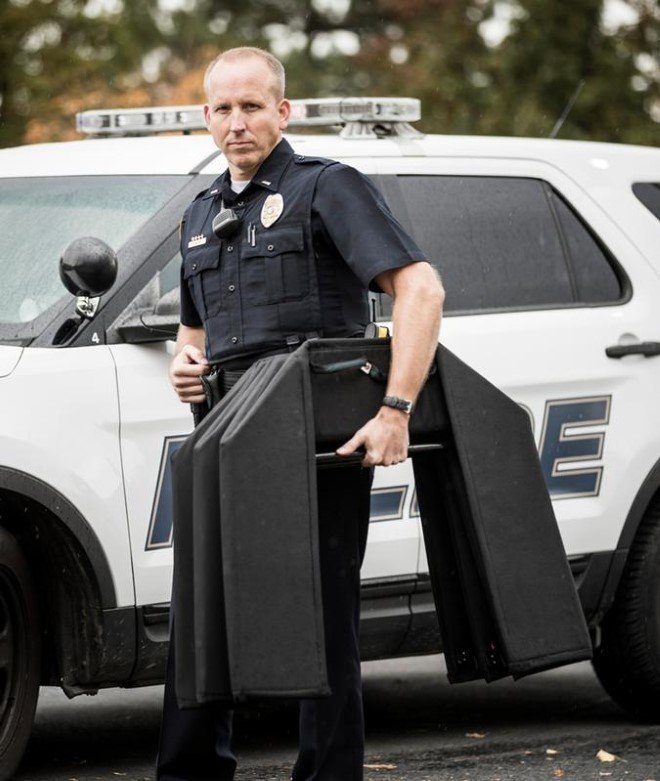 According to the team, the aim was to make the shield flexible hence they used Kevlar as it is both bendable and strong enough to deflect bullets. Furthermore, the origami bullet proof shield can not only be of use to the police but also to protect children in schools and wounded people in emergency situations. Dr. Howell, the team leader, said that “We worked with a federal special agent to understand what their needs were, as well as SWAT teams, police officers and law enforcement, and found that the current solutions are often too heavy and not as portable as they would like. We wanted to create something that was compact, portable, lightweight and worked really well to protect them. We suspected that something as large as a .44 Magnum would actually tip it over, but that didn’t happen. The barrier is very stable, even with large bullets hitting it.” 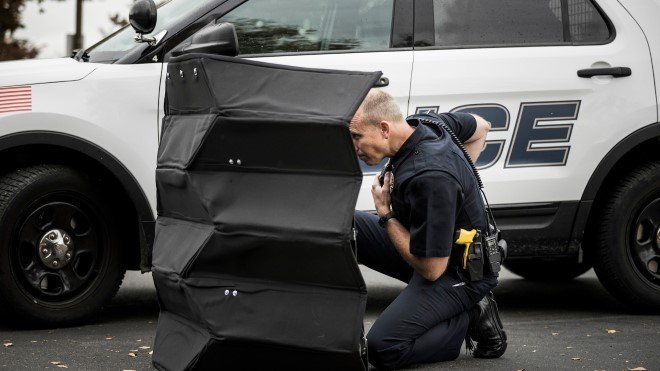