Origami-inspired robot can capture delicate marine creatures without hurting them 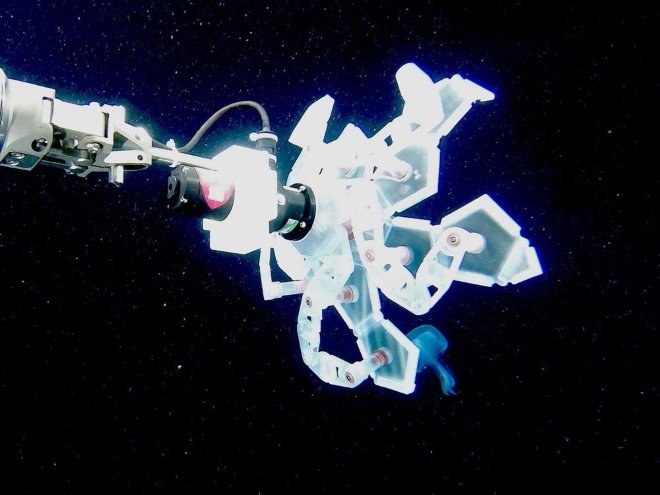 The study of deep-sea creatures has always intrigued scientists. Hence, it doesn’t come as a surprise that they would want to get a hands-on experience with them. However, some creatures, such as the Octopi and jellyfish, are very fragile so capturing them without harming them is quite burdensome.

Thanks to Harvard University’s Rotary Actuated Dodecahedron (RAD), scientists can now study marine life with ease. Inspired by origami, the device remains flat when it is not functional. It also consists of five 3D-printed hanging polymer “petals” which are connected to a sequence of interwoven rotating joints. The design is so ingenious that when a single motor applies torque to the point where the petals connect, the whole contraption folds into a hollow dodecahedron box.

This safely encloses any sensitive marine animal present in front of the machine and scientists can then study it using the device’s cameras. Once the study is complete, the creature goes back into the ocean once the torque on the petals is released, which then causes the dodecahedron to unwind.

The inspiration for this technology came from Dr. Zhi Ern Teoh who was graduate student designing flat microbots that could bend into a shape using a motor. His colleague, Dr. Brennan Philips later thought of applying his design on a system that would collect marine life.

These wooden cabins compliment the woodland in Nova Ponente…

This prefab, off-the-grid tiny cabin is the only home… 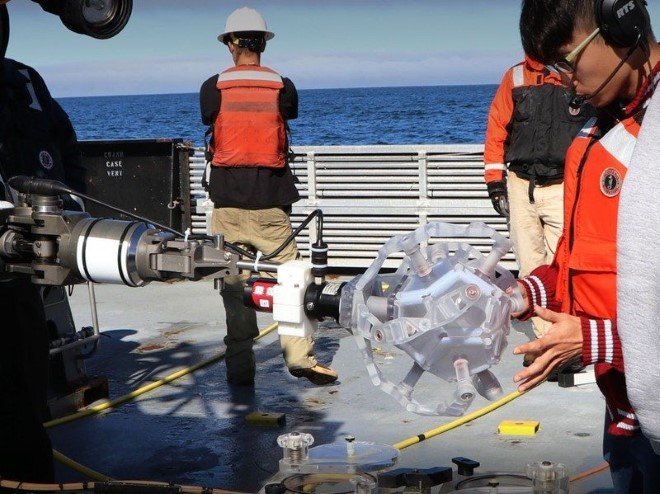 To test the model out, the designer used it to catch jellyfish at Connecticut’s Mystic Aquarium. Later, it went on to field-testing in the Pacific Ocean, where it went down to depths of 500 to 700 meters (1,600 to 2,300 ft.) while being connected to a manipulated arm of an ROV (Remote Operated Vehicle) and controlled by an operator on the surface. It successfully captured and let go of delicate creatures without hurting them.

Plans for optimization are already on the way with an in-built camera and sensors being the first priority. This will allow scientists to get a closer view of the creatures that reside in the ocean along with all its data.

A paper describing the work was recently published in the journal Science Robotics.