Which one is smarter, Cat or Dog? Science has put an end to this debate! 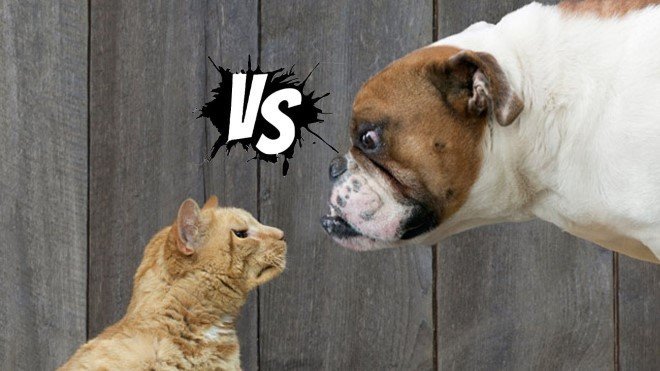 We all have had this never ending ‘cats are better than dogs’ (or vice versa) debate at some point in our lives – am I right? Dog-lovers highlight how fun and loyal dogs are while cat-lovers talk about how adorable and smart cats are. If you are one of those who worship cats, read no more for your heart is bound to break!

In order to put an end to this debate, researchers at Vanderbilt studied the number of cortical neurons in the brains of both cats and dogs, and concluded that dogs are smarter than cats since they have a large number of neurons comparatively.

According to the research, cats have only 250 million cortical neurons whereas dogs have double the amount i.e. 530 million (humans have approximately 16 billion!). Suzana Herculano-Houzel, Associate Professor of Psychology and Biological Sciences at Vanderbilt, said, “I believe the absolute number of neurons an animal has, especially in the cerebral cortex, determines the richness of their internal mental state and their ability to predict what is about to happen in their environment based on past experience.”

The research is to be published in the journal ‘Frontiers in Neuroanatomy’. According to it, the physical size of the brain does not reflect overall intelligence. For instance, a brown bear has the same number of cortical neurons as a cat but has a brain that is ten times larger.

There’s still a bit of hope for all cat-lovers as Herculano-Houzel confessed that even though the study was impartial, she still had an ounce of bias! She said, “I’m 100 percent a dog person but, with that disclaimer, our findings mean to me that dogs have the biological capability of doing much more complex and flexible things with their lives than cats can.”