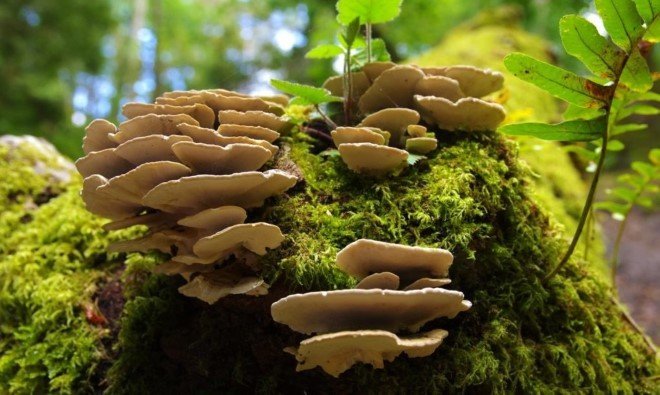 New studies are now showing that mushrooms aren’t merely a body of edible-in some cases, toxic-fungus. They actually have a bigger role to play in the world. According to new research, mushrooms are responsible for creating the healthy livable atmosphere that we have today. How is that possible?

Plants in the early days did not have well developed roots. This restricted flow of essential nutrients from the soil to the plants. However, fungi played a crucial task in transferring phosphorus from rocky soil to the prehistoric plants, which the biota utilized to carry out photosynthesis.

According Benjamin Mills, who is one of the brains behind the research and co-author of the report related to the research, the understanding of fungal interactions allow a deeper grasp on the early stages of Earth’s development. It also sheds light on one of the primal reasons we are alive today: photosynthesis. While the concept is known by most throughout the globe, there are still some mysteries behind the topic. This includes the lack of knowledge behind nutrient supply from soil to the primitive plants. Mills believes that land plants would not have survived if the fungi hadn’t aided in the process of nutrient supply. Furthermore, fungi, being the oldest species on the planet broke down the rocky mantle to create soft soils, which allowed the plants to dwell more easily on land.

In order to study the symbiosis between plants and fungi, the research team at the University of Leeds combined computer modeling to replicate the climate during the Palaeozoic era and performed lab experiments using the earliest species of fungi. They took down readings for the rates at which fungi exchanged phosphorus and carbon, which led them to the knowledge as to how quickly plants must have produced oxygen back then.

This modern timber extension and green roof lightens up the…

According to co-author and plant biologist, Katie Field, “We found the effect was potentially dramatic, with the differences in plant-fungal carbon-for-nutrient exchange greatly altering Earth’s climate through plant-powered drawdown of CO2 for photosynthesis, substantially changing the timing of the rise of oxygen in the atmosphere.”

More information about their research can be found in their report, which is published in the journal ”Philosophical Transactions of the Royal Society B”.