What’s the Most Liked Video on Youtube? Let’s find out 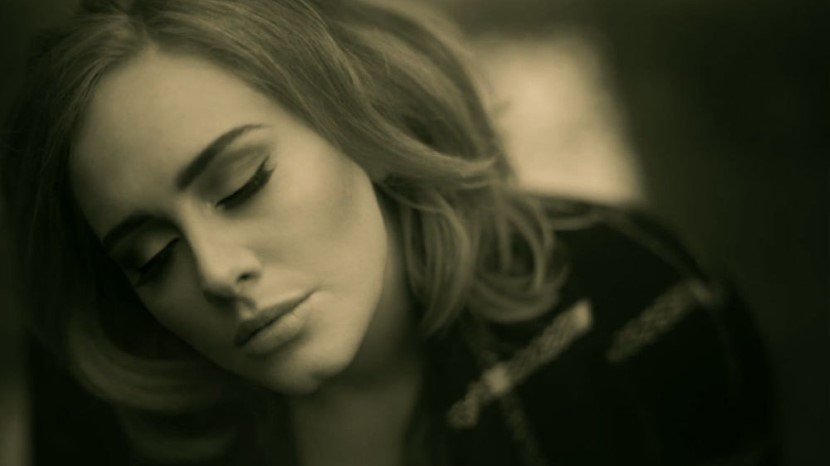 Youtube first joined the internet in 2005, with its first video upload named ‘Me at the Zoo’ on 25th April, 2005. Approximately 1.3 billion people have joined Youtube with their respective accounts for uploading, streaming and downloading videos till today. It was calculated that people upload 300 hours’ worth of videos each minute on the website and 5 billion videos are watched daily. There has always been a competition for the most liked video on Youtube since it came into being.

According to a research conducted in 2016 by Pexeso, surprising analysis was made. It was observed that Youtube comprises only 4.3% music accounts yet they contribute to 11% of the overall views. Among the top 100 most liked videos on YouTube, you will find 95 of them being music videos. On the other hand, most subscribed YouTube channels comprise gaming videos. Most famous influencers also gained their fame by consistent large viewership on their video uploads. For example, Pewdiepie, an influencer, who has the record for the most subscribers on Youtube (110m presently), has a highest of 70 million views on his ‘Jabba the Hutt’ video.

Getting the most likes on Youtube is an immense achievement. However, if you manage to get that big of an audience, you are a new bound celebrity. The amount of recognition is uncanny and here are the 20 most liked videos on Youtube that we bring to you. Let’s see which one tops the list.

Among the top 20 most liked videos on Youtube is of the emo pop star, Billie Eilish, with her music video for the song Bad Guy. Billie got her immense recognition after the 5 Grammy wins. The video of Bad guy currently has over 16 million likes on Youtube. The video comprises the singer in different sets and situations where she is singing the song in a rather rebellious way, keeping her emo vibe at its best.

The song was released on October 25, 2015. The music video, which stars Adele and Tristan Wilds, was directed by Xavier Dolan. The video shows Adele in a happy past relationship and her present tormented self after the breakup. It has the record for reaching one billion views in the shortest time (88 days). It currently has over 16 million likes, making it among the 20 most liked videos on YouTube.

Uptown Funk was released on 10th November 2014 and is still as groovy as it was 7 years ago. It was recorded by British record producer, Mark Ronson, along with American singer/songwriter, Bruno Mars. The video currently has over 4 billion views

It spent 14 consecutive weeks on Number 1 on the US Billboard 100, and also reached Number 1 on the charts in several other countries. The song has won two Grammy Awards, including the record of the year, and was the second-best single in 2015.

The pop singer released this song when he was just 16 years old. The music video was the most liked for a consecutive 120 days until it lost its title to LMFAO. Despite the song also being in the most disliked videos on youtube, the attention still grabbed him some positivity on the side. This is not surprising, since it has had more than a 2 billion views in the past decade.

16. Make This Video The Most Liked On Youtube – MrBeast (18m likes)

This video was released on January 16, 2019 by MrBeast. In the video, he mentions that at the time the title for the most liked non-music Youtube video belonged to his best friend and the most famous Youtuber, Pewdiepie, and that he did not want to take the title away from the ‘King’. In order to maintain that loyalty, MrBeast announced that he actually wanted it to be the second most liked non-music video on Youtube and this is also the only non-music video on this list.

In the 16 minutes long video, he describes how the social media sensation ‘the egg’ has been breaking records on every platform, especially, being the most-liked Instagram post and he wanted the record from Youtube to be by his name.

The first K-pop entry of this list is by BlackPink’s Ddu-Du Ddu-Du. It is also one of the fastest videos to reach a billion views. The video was released on January 15, 2015, and currently has 18 million likes on Youtube.

Premiered a year ago in June 2019, Senorita became a hit single in a matter of days. The video currently has one billion views and 18 million likes. It shows the now couple, Shawn Mendes and Camila Cabello, in a love story where an artist falls for the waitress of a small café.

The song managed to woo the audience with the immensely cute lyrics and the empowerment of girls. The video has the lead singer, Adam Levine, singing while all the famous and powerful women make an appearance. What makes this video really adored is the fact that Adam Levine is shown with his wife and daughter together at the end and the viewers lived for it.

The song came out three years ago and currently has 19 million likes and over 3 billion views. It is still a song people enjoy jamming to, weather alone or out with friends.

Premiered on April 4, 2019, Kill this Love has an astounding 20 million likes on its music video. The girl band is one of the most recognized one’s in the K-pop industry. They have well-choreographed dance moves with their captivating setups and attire. The funky pop beat is something that keeps the fans coming back for more.

Coming in with another staggering 20 million likes is DNA by the world renowned boy band, BTS. The face of K-pop, the band, has gained an immense following in a few years and is adored worldwide by their ‘army’. DNA was released in 2017 and has more than 1 billion views as of now.

One of the most-subscribed Youtube channels is of the world-renowned DJ, Marshmellow. Released five years ago, the music video for the single Alone, currently has just above 2 billion views and 21 million likes on Youtube.

The music video of the song shows Marshmellow in his high school life. People did not appreciate the fact that he was different from the rest, something most high school movies portray.

The first ever music video to hit one billion views on Youtube, Gangnum Style now has 4.1 billion views and 22 million likes. What makes this song unique is the fact that it managed 1 billion views back in 2012 when this was mind blowing, considering the lower proportion of people streaming on Youtube those days. The record they set seemed impossible for anyone to break at that time.

The video shows PSY poking fun at the style of Seoul’s Gangnam-gu. This is claimed to be, “a flashy district with high rents, high expectations and a focus on the high-status lifestyle.”

BTS released their single Boy with Luv in April 2019, featuring Halsey. The video became the most viewed video in 24 hours at the time. It currently has over one billion views and 23 million likes. The song broke the record for the most pre-orders in K-pop history. Some people speculate that the video showcases the friendship between Halsey and the boy band so beautifully that people were drawn to it. Halsey herself in the interview to Zach Sang said that her experience with the band was ‘so fun’ and that they are opposite to the clumsy vibes they gave off, ‘They’re the opposite; they’re like intelligent, they’re funny, they’re tasteful, they’re charitable”.

Faded was released on December 03, 2015. The vocals for the soundtrack were provided by Norwegian recording artist, Iselin Solheim. The video currently has over 3.1 billion views, 23 million likes, and 621 thousand dislikes on YouTube.

The song was released on 6th January, 2017. It was played worldwide, wherever you went and the artist even managed to land a cameo role on the famous series, ‘Game of Thrones’ (which was just the start to the singer’s success that year).

The song was included in Sheeran’s third studio album as well and made it to number 1 on the singles’ charts of 44 countries. It topped the Billboard Year-End Hot 100 Singles of 2017. It was nominated for Best Pop Solo Performance at the 60th Annual Grammy Awards.

Ed Sheeran released the official video of the song on 30th January, 2017 and it became one of the fastest viewed videos on Youtube and crossed the one billion mark on 8th May, 2017 which was only 97 days after its release, and currently has over 27 million likes.

Their song Dynamite has the record for the most views in 24 hours on Youtube. Aside from that, the song has also broken records on other music platforms as well. The song had 7,778,950 streams on Spotify within a day, overtaking Taylor Swift’s previous record of 7.742 million streams with “Cardigan.”

They also broke several records on iTunes with one of the iTunes top tiers for the song “Black Swan” from their album Map of the Soul: 7. As of now, Dynamite has 30 million likes on Youtube.

Baby Shark Dance is a catchy nursery rhyme filled with vibrant colors and charismatic dance routines. The rhyme now has different versions made. The video for the rhyme is currently the most viewed video on Youtube, which is not a surprise considering how addicted toddlers get with the entertainment they like. It currently has 9.2 billion views and 30 million likes.

Officials in West Palm Beach, Florida, on July 2019, played a continuous loop of “Baby Shark” throughout the night outside the Waterfront Lake Pavilion to deter vagrants. People even started social media challenges based on the dance.

Produced and performed by Charlie Puth, is the second most watched Youtube video, See You Again. The music video broke the record of Gangnum Style for the most viewed Youtube video. The possible reason for the utter fame of the soundtrack could be the fact that it was written in tribute to the late Paul Walker and also because it was commissioned as the theme for the movie Fast & Furious 7. It currently has 5.2 billion views and 35 million likes.

The song spent 12 weeks at the top of the US Billboard 100 and reached number 1 in a number of other countries and is still the most successful soundtrack for both Charlie Puth and Wiz Khalifa. It also held the record for the most streamed track in a single day on Spotify in the US, as well as records for the most streams in a week, worldwide.

Despacito is a Spanish song sung by Puerto Rican singer, Luis Fonsi and also features Daddy Yankee. It means ‘Slowly’. The music video shows both the artists performing the song in La Perla neighborhood of Old San Juan, Puerto Rico and the local bar, La Factoría. It shows the likeness towards diverse music taste all over the world. Not only is the music video the most liked video on Youtube but is also the second most viewed on the platform following the Baby Shark Dance. It currently has 7.5 billion views and a staggering 45m likes.

The song topped the charts of 47 countries and entered the top 10 in ten others. It was the first song to top the Billboard 100 in Spanish in 20 years. Justin Beiber tried to make a remake of this song by singing some of its lines in English, however, he did not find much fame. Despacito became the first video on YouTube to achieve the honor of having both three and four billion views. It overtook See You Again to take YouTube’s all-time number 1 spot in August 2017.