Sustainable power-generating systems are on the rise. Massachusetts Institute of Technology (MIT) researchers just introduced their new energy system; except this system generates power “out of what seems like nothing” as claimed by chemical engineering professor Michael Strano. This innovative piece of technology, the “thermal resonator” is sensitive to the daily variations in ambient temperature and uses this property of temperature to its advantage by switching on remote sensing systems, which help the system run for years without batteries.

Let’s delve into the technology a bit more. Basically, nine MIT researchers from the chemical engineering department got together and envisioned ways to harness temperature changes and use them to generate electrical energy. The best part? It doesn’t require any artificially generated temperature inputs; it simply uses the natural temperature fluctuations of the air.

According to Strano, “We basically invented this concept out of whole cloth. We’ve built the first thermal resonator. It’s something that can sit on a desk and generate energy out of what seems like nothing. We are surrounded by temperature fluctuations of all different frequencies all of the time. These are an untapped source of energy.” 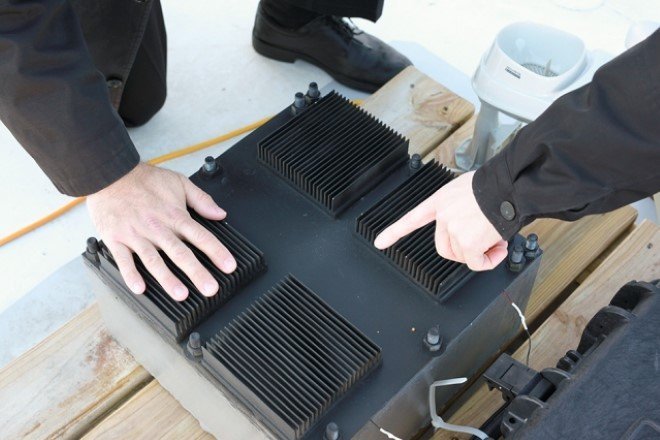 Apart from providing modest power levels, the thermal resonator also has the advantage of remaining unchanged by short-lived environmental changes and is free from the requirement of direct sunlight. This contraption is quite useful in generating energy in unoccupied spaces such as underneath solar panels. It could further increase solar panel efficiency by utilizing the generated waste heat.

Developed by MIT researchers, this headpiece lets you talk…

Although, the thermal resonator was just tested in natural air, researchers claim that by altering the properties of the materials utilized, the resonator will harness energy even in industrial temperature cycles as well as the on and off cycles of refrigerator motors.

The MIT scientist picked their materials quite carefully. These materials range from metal foam, graphene and the phase-change material, Octadecane. One MIT scientist said in a statement, “A sample of the material made to test the concept showed that, simply in response to a 10-degree-Celsius temperature difference between night and day, the tiny sample of material produced 350 millivolts of potential and 1.2 milli watts of power — enough to power simple, small environmental sensors or communications systems.”

Well, one thing is for sure; we can’t wait for the release of this product in the market. Making energy out of nothing is truly a fascinating idea!

The journal Nature Communications published the work online in February.

This textile artist couple will awaken your nostalgia for European architecture