The world economy is getting shattered thanks to the coronavirus, and if moving to NYC sounds expensive to you we have a list, of the best fun and free things to do in NYC, for you!

New York City (NYC) is the largest and most influential city in USA. It is a very dense and diverse city where people of different ethnicities and religions live together. New York is commercially driven, and to many people, it is the most attractive urban sector of USA. NYC is very a expensive place to live in, but if you ask “what to do for free in NYC” or “What can one do in New York for free” then we have a number of free things for one to do in NYC.

Keep on reading to find some of the best free and cheap things to do in NYC, and also ones that are not cheap but are certainly worth the money.

Free Museums and Monuments to visit in NYC:

The African Burial Ground National Monument is an archaeological site located in lower Manhattan. It is a graveyard in which around 20,000 Africans were buried from 1690-1794. The monument can be visited for free except, Sundays and Mondays. 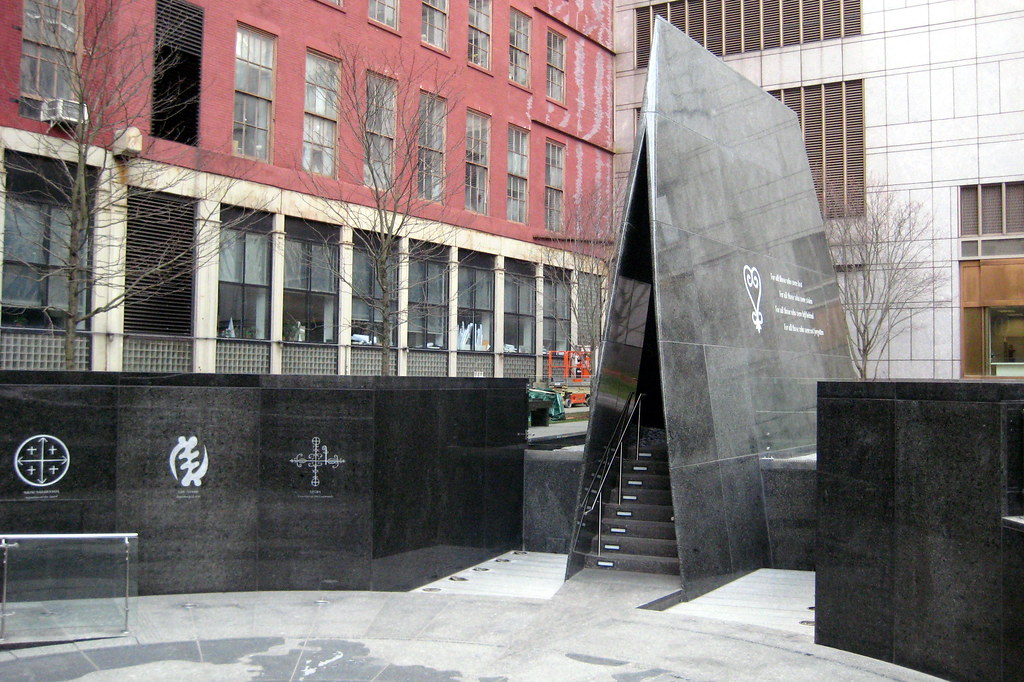 The 9/11 Museum was built in tribute to the victims of 9/11 attack. Outside the 9/11 museum, there is a 9/11 memorial, which is exactly at the place where the Twin Towers of World Trade Center were once located. The memorial is always free and the museum is free from 5pm-8pm on every Tuesday. However, the museum is always free for the families of victims of 9/11 attack, first responders and the recovery workers. 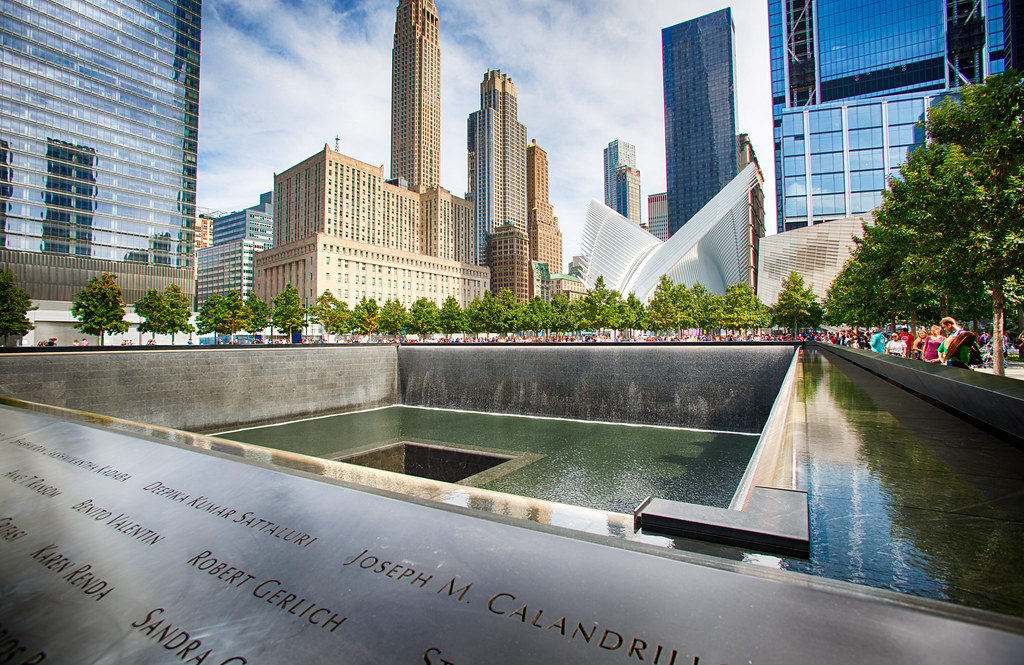 The Bronx Museum of Arts (BxMA) is located in Bronx. It focuses on the 20th century works by American Artists, but also has exhibited works from multiple other areas of world. The museum is always free to enter but is closed these days because of COVID-19, and is scheduled to be reopened on September 9. 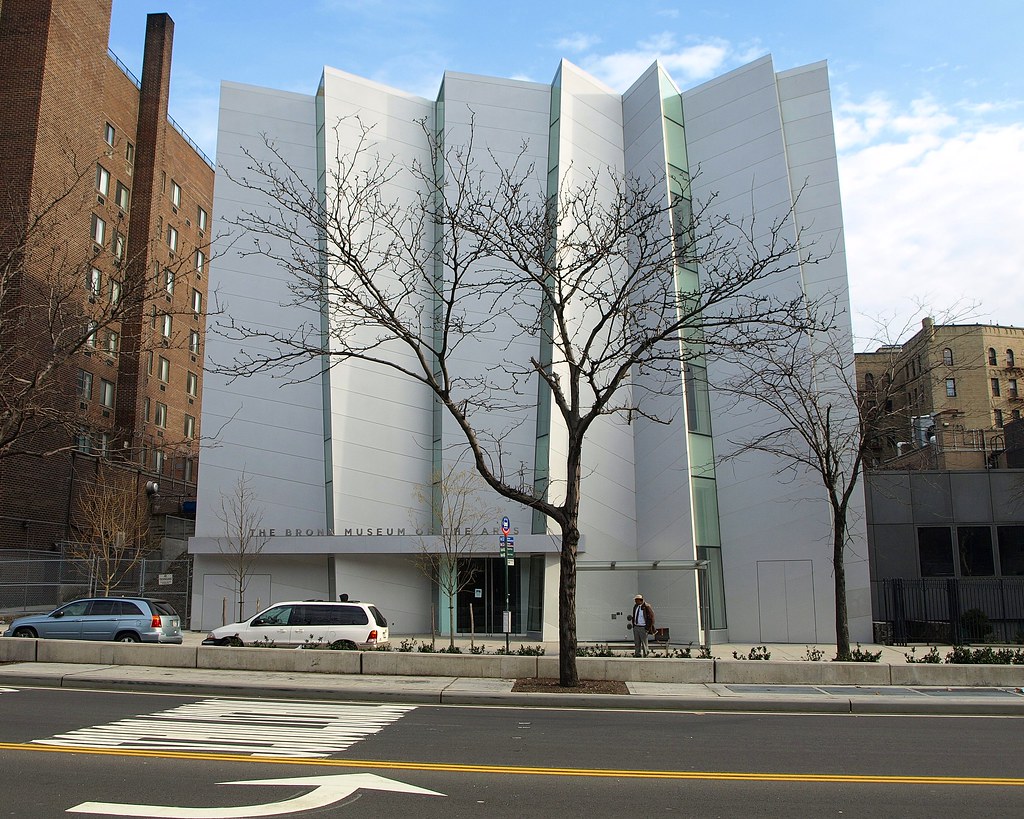 The Japan Society gallery was established in 1971. It focuses on displaying Japanese art from Buddhism scriptures to the works of 21st century. The art gallery is free Fridays 6 pm to 9 pm.

Located next to Prospect Park, there are multiple galleries along the Brooklyn central library. These galleries exhibit arts of local as well as International artists. The galleries and Library are always free for anyone that lives, works, pays property taxes, or attends school in the New York State. 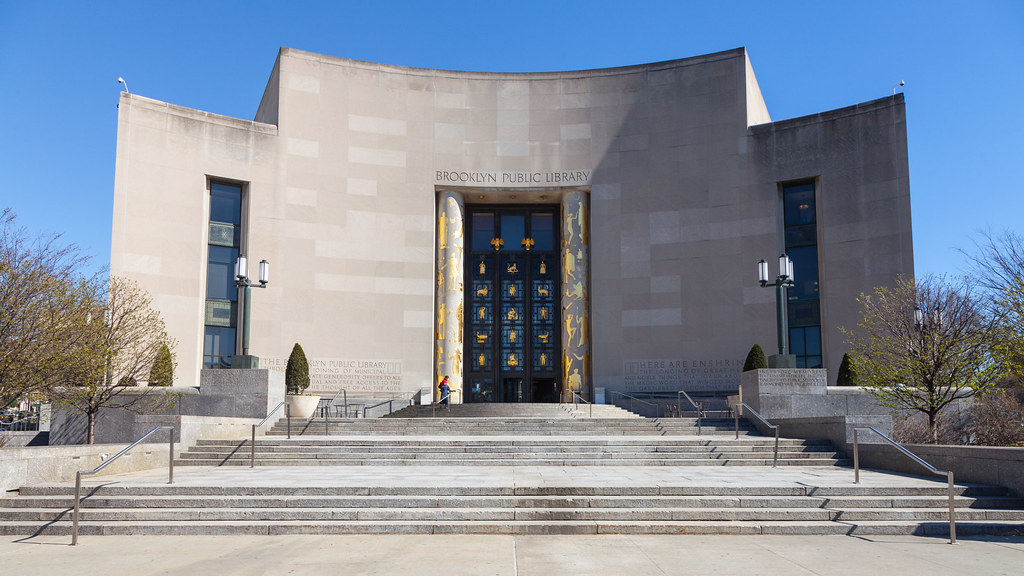 Socrates Sculpture Park is an internationally acclaimed outdoor museum that supports local artists. The park is open from 9 am till the sunset and is always free. The Socrates Sculpture park is considered to be an ideal location for picnics. A ferry can be taken along the river after visiting the park for some more recreation too. 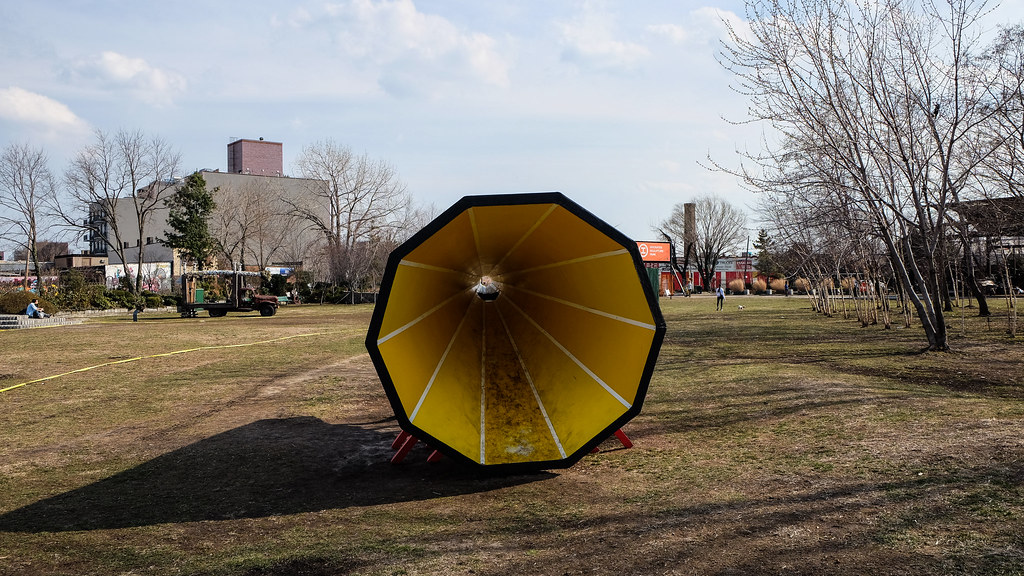 Ryan Maguire’s Restaurant & Bar is an Irish pub in Manhattan. The pub offers free buffet Monday to Friday from 5:00 to 7:00 pm. The buffet food comes with different varieties. Apart from the free buffet there other menus are usually considered expensive but worth the price. 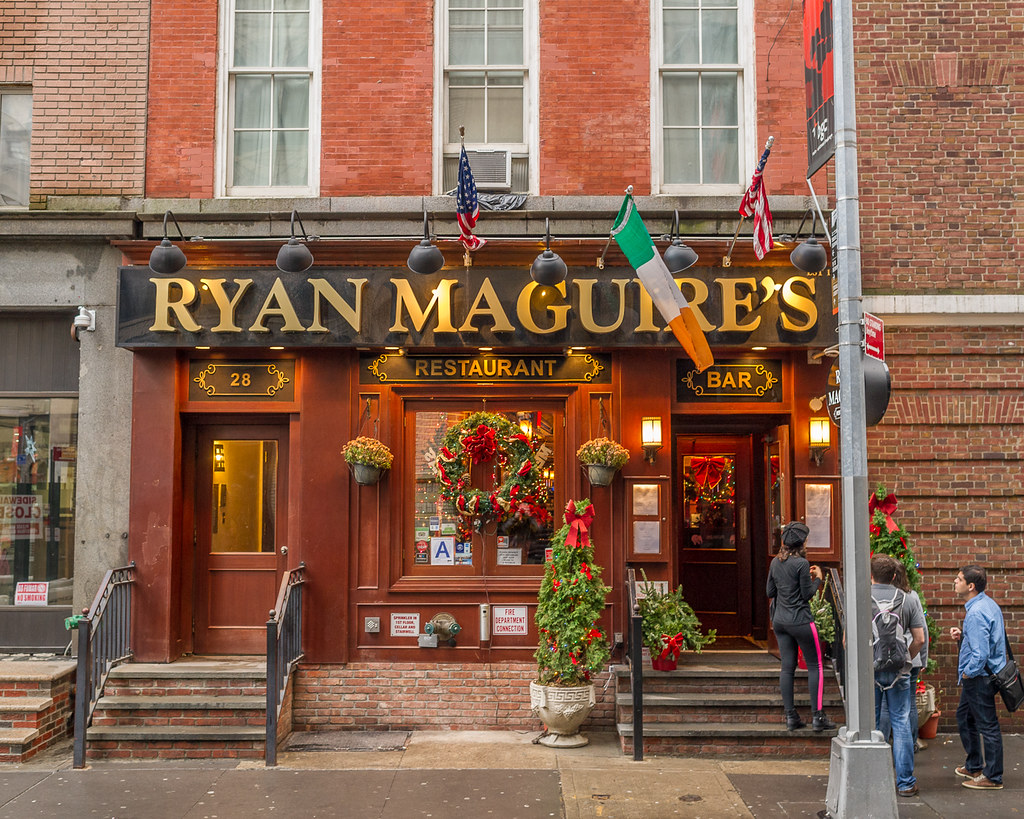 Free drink with a pizza, it’s a common deal but at crocodile lounge, you get a free pizza with every drink you buy. There is a large variety of beers, too, which are relatively inexpensive. There are happy hours every day from 12 to 7 pm that provide a number of other discounted deals. 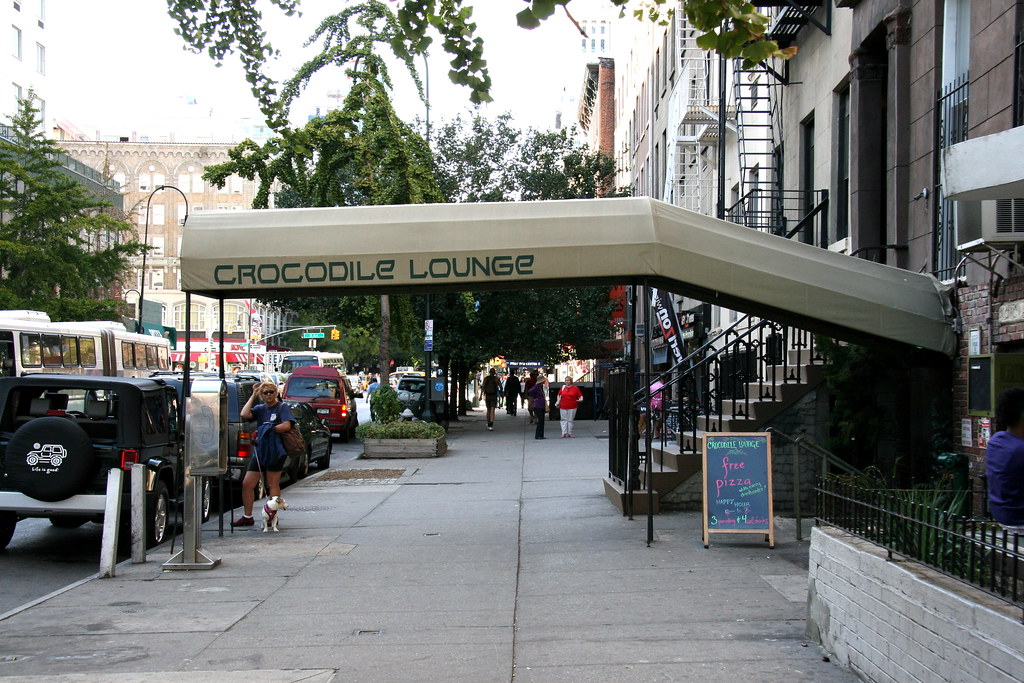 Like the crocodile lounge in Manhattan, Alligator lounge in Brooklyn also gives a free pizza with every drink you buy. The bar and restaurant is relatively cheaper than others in the city. Moreover, there are several combo deals too. 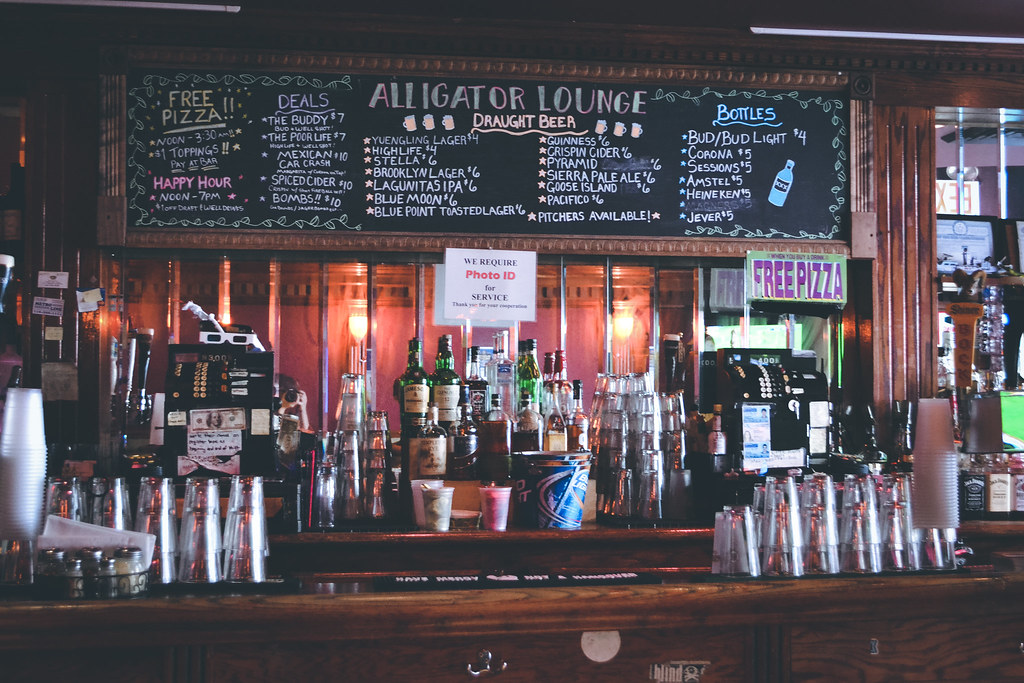 Matt Torrey’s is a sort of sleek East Williamsburg sports bar. On Saturdays and Sundays, Matt Torrey’s offer free spread of bagels and all the fixings with 5$ bloody mary.

Cheap Places to Travel Around The World for people on a… 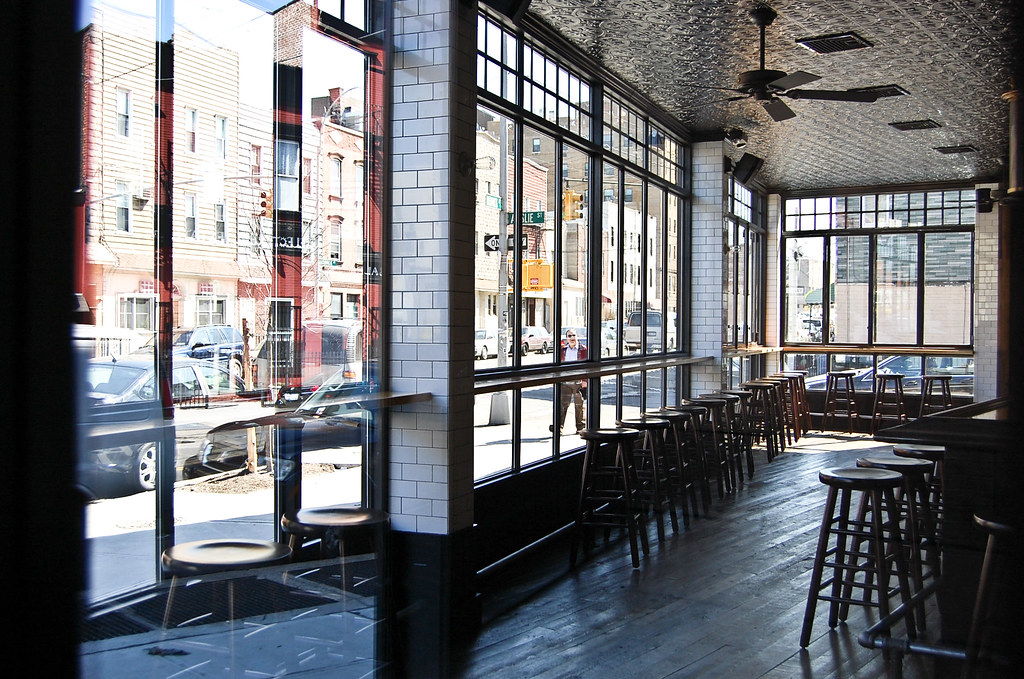 The NYC Central Park is located in Manhattan, in the centre of New York City. The park covers about 840 acres of land and is one of the biggest parks in city.

There are a number of places to see in NYC Central Park. Five of the best top places to visit in NYC central park are:

The Central Park Zoo is not absolutely free but is one of the most famous and least expnsive cheap things to do in NYC central park.  The ticket price for adults is 12$ without the 4D theater, and 18$ (16.20 online) with 4D. Central park zoo is one of the most famous zoos in the USA. The zoo is open from 10:00 am to 05:00 pm, but the tickets’ sale closes at 04:30 pm. The Zoo is home to about 1487 animals from 163 different species (as per wildlife conservation society’s census held in 2016). 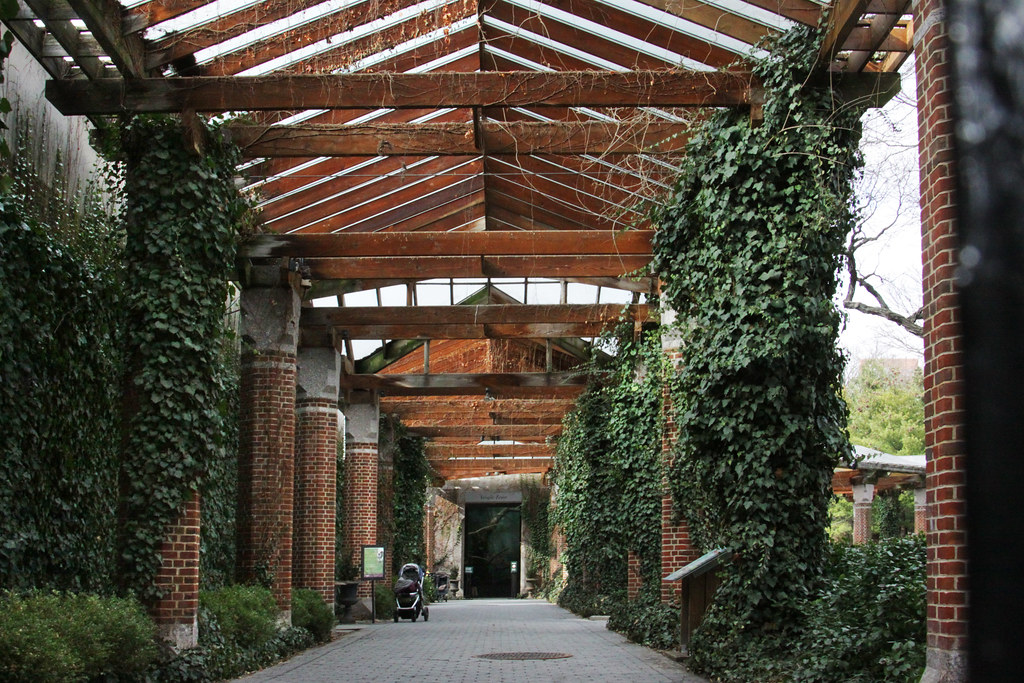 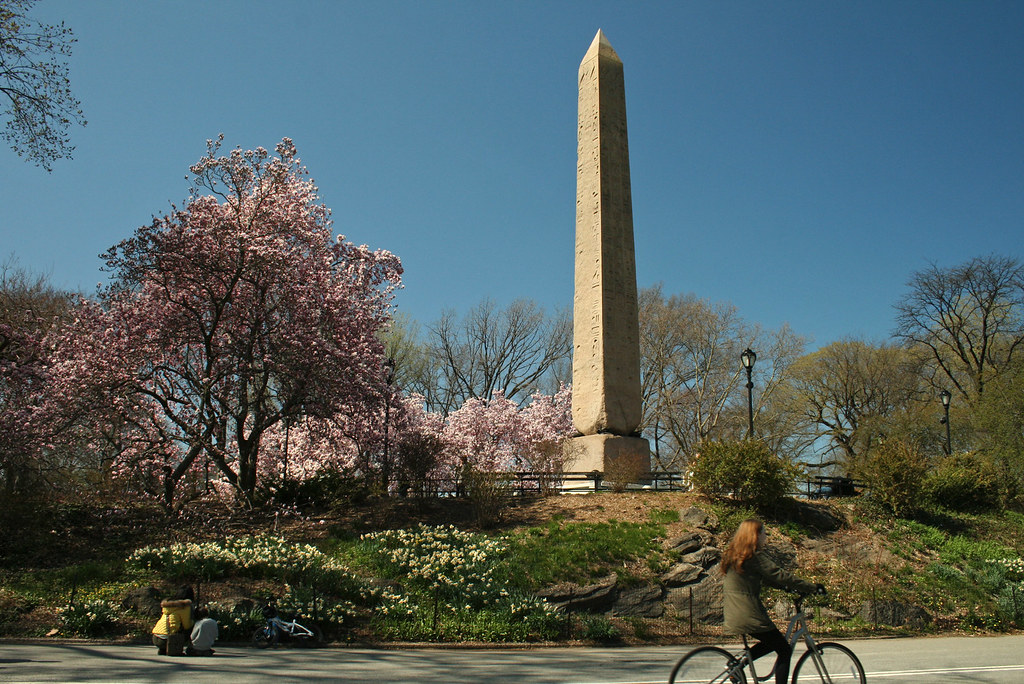 The Ravine is a 40-acre land mass of pure natural beauty. Several meandering walking paths take visitors through this forest retreat, lustrous with thick treetops and threaded with a stream called the Loch that pools and cascades in small waterfalls. It is an ideal place to take pictures for your Instagram. 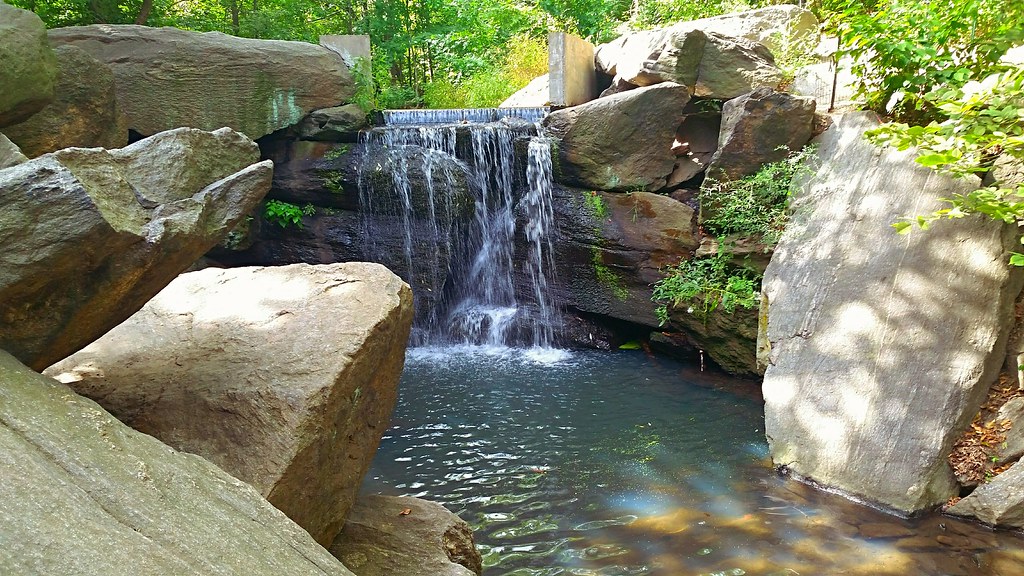 Alice in wonderland is a statue in NYC central park, which is an ideal location for photographers to showcase their talent. It has been a fixture of Central Park’s storybook landscape since 1959. Multiple generations of little ones have climbed upon this whimsical scene set in bronze, which depicts Alice and her friends at a tea party held by the Mad Hatter. 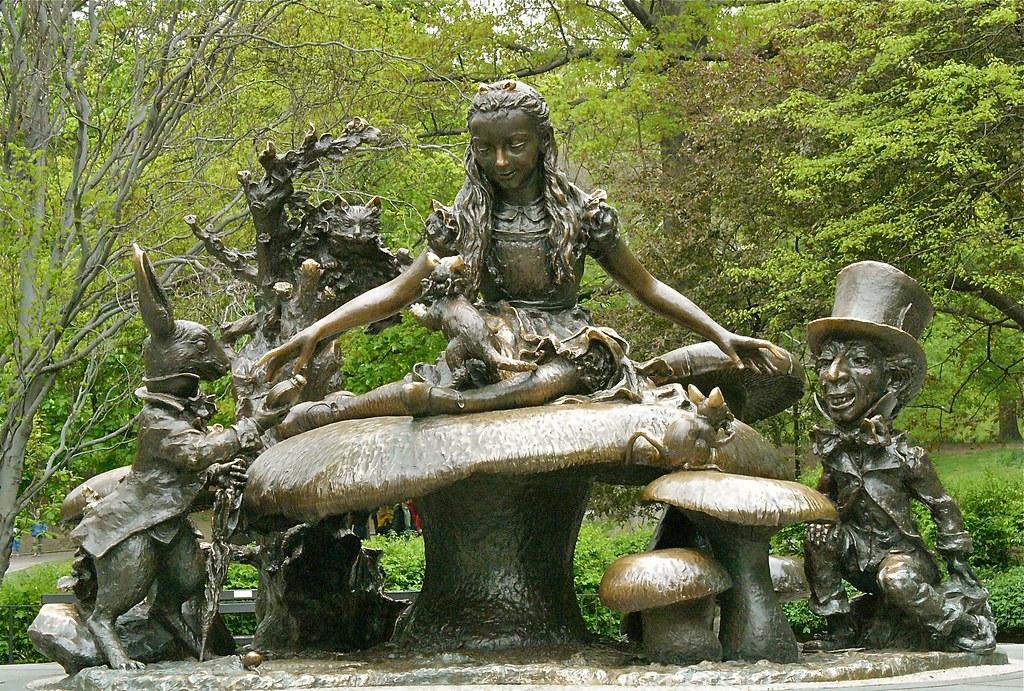 The Harlem Meer is named after the Dutch word for lake; the Meer. The Meer is a large body of water located north of Conservatory Garden and east of the North Woods. Various types of trees can be found along its banks, including the ginkgo, cypress, black locust, oak, and beech trees. It is the water body in the central park. Other Free Places to visit in NYC

Archibald Gracie Mansion commonly known as Gracie Mansion is the official residence of the Mayor of New York City. It is located in the Carl Schurz Park, at East End Avenue and 88th Street in the Yorkville, neighborhood of Manhattan. The Archibald Gracie mansion is a 2 story building with five bedrooms. It was built by a Scottish merchant named Archibald Gracie in 1799. A free tour is offered for the Gracie mansion every Monday at 10:00 am, 11:00 am and 5:00 pm. The tour is about an hour long and free, but reservation should be made in advance from here. 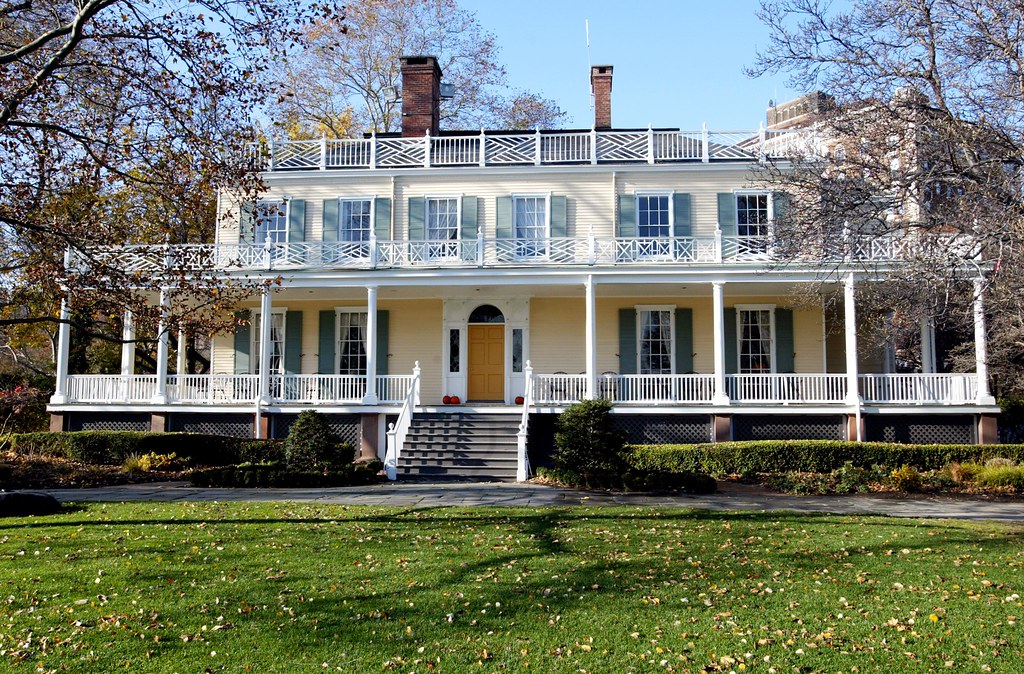 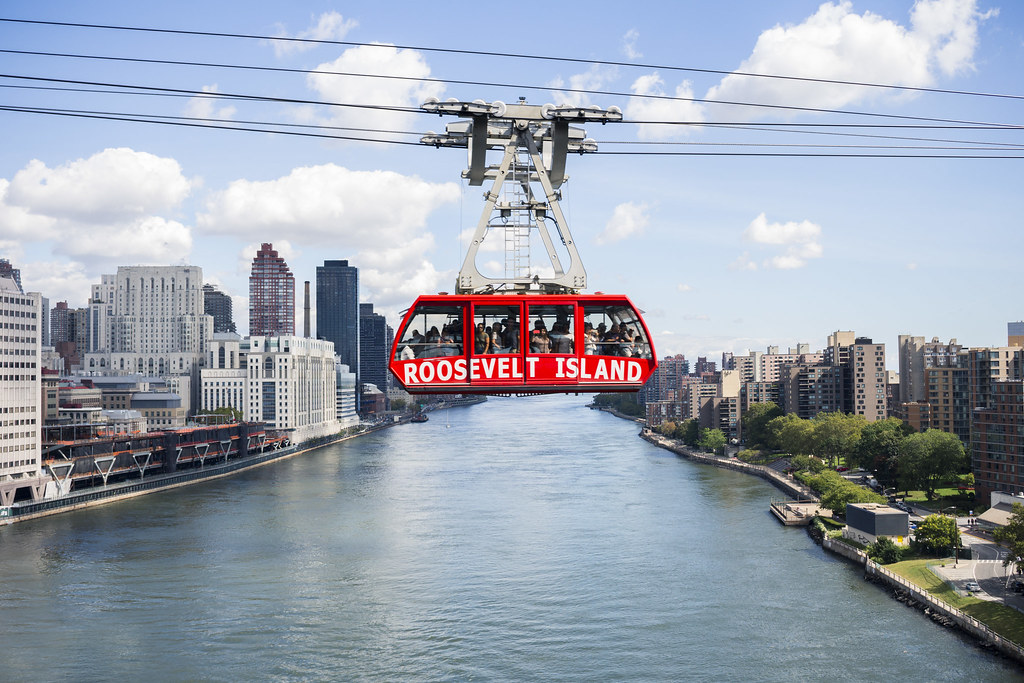 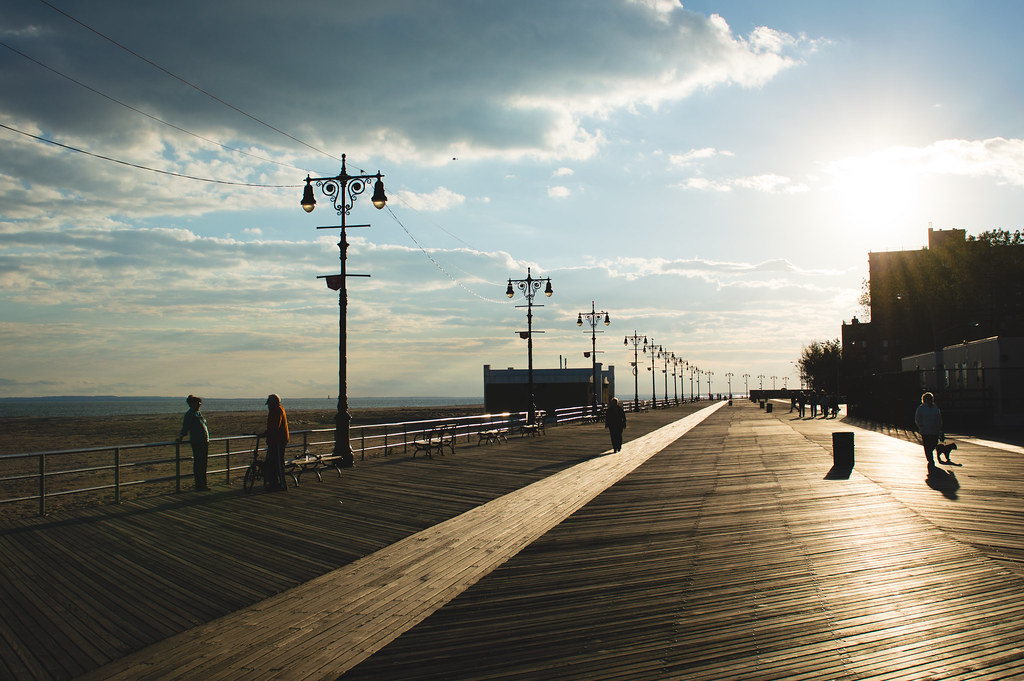 Empire State building is one of the top most New York tourist attractions, it’s construction completed in 1931, and then this 381 m high (443 to the tip) building remained as world’s tallest building for first 40 years.  This 102 story building is one of the tallest buildings in NYC today, and everyone can go there up to the 86th floor after buying the ticket that costs $38 for adults, $32 for children and $36 for senior citizens. For going to the 102nd floor, you need to pay 20$ more. The ticket is not cheap, and as the ticket only lets you visit the building and it’ll be much more expensive to buy anything, visit to this building is not cheap by anyway, but it’s one of the top most thrilling things to do in Manhattan, and it is one of the top attractions of NYC. From top of the building you can see a most of the city. Visiting the top of building at daytime gives an amazing view of the endless number of attractions too but the perfect view of one of the world’s most developed cities, completely lit up at night makes night visit at the building into one of the best adrenaline rushing top things to do in NYC at night. 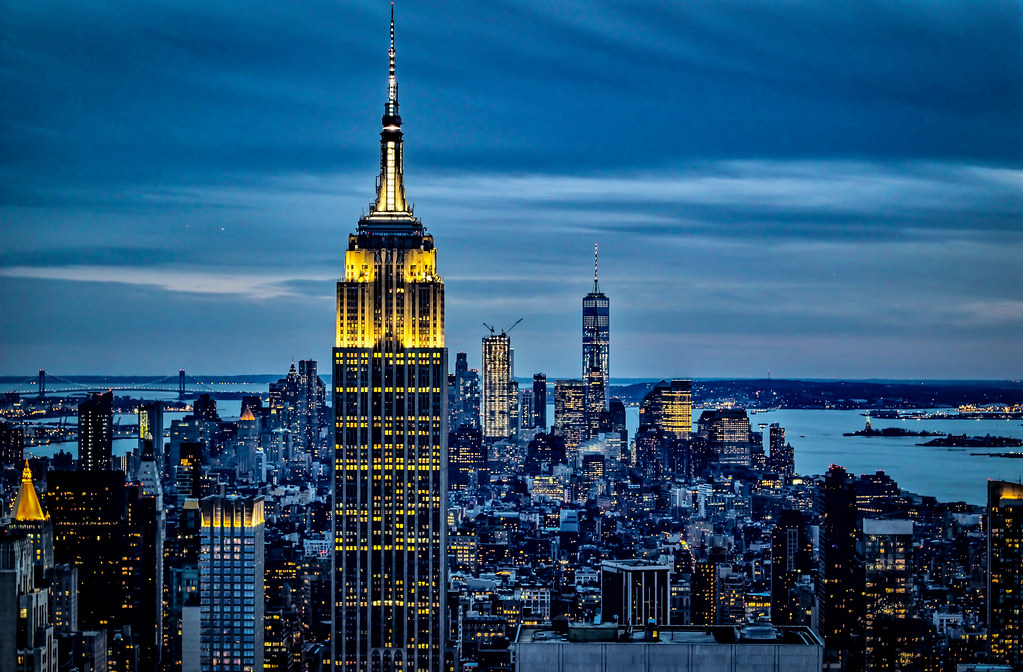 That’s all for today’s list which will cover your whole trip with ease. Have a fun time travelling and exploring!